We are truly saddened to announce that Issa Bagayogo died today 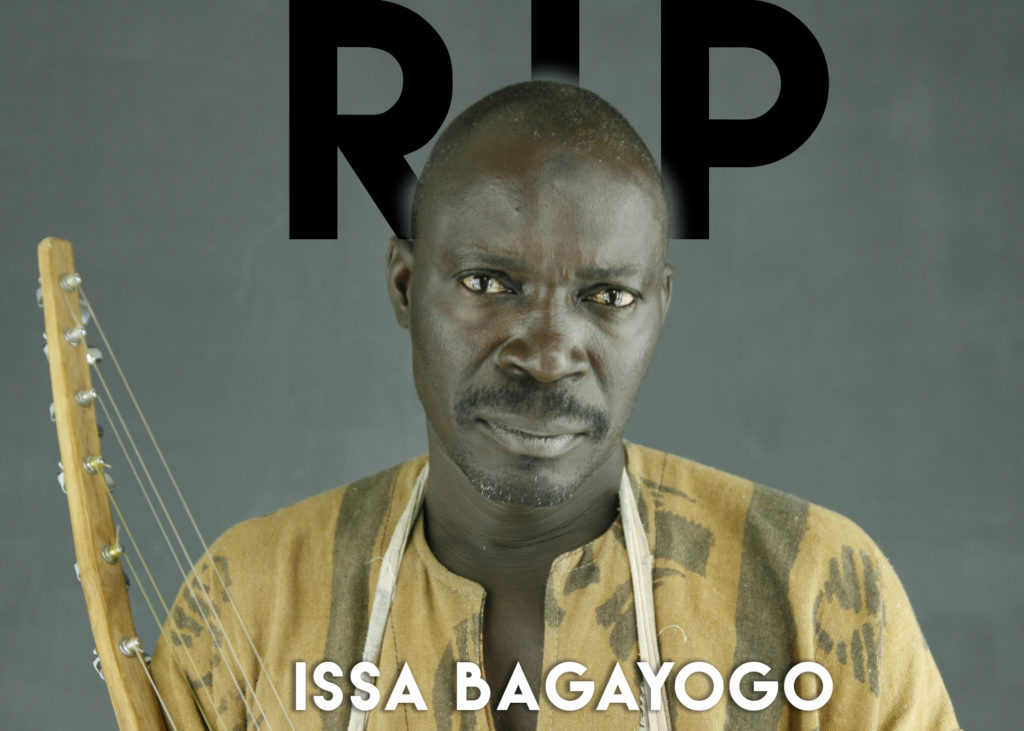 All of us at Six Degrees Records are greatly saddened to learn that our friend and artist, Issa Bagayogo has passed away after a lengthy illness. He was a kind and gentle soul, whose music touched many people around the world & moved many a dance-floor.

Directly from maliweb, the regional news outlet reporting on the matter:

“It was after a long illness that Issa Bagayogo passed away last night.

Born into a peasant family, Issa Bagayogo was primarily native from Korin, a small village in Bougouni circle in the 3rd administrative region of Mali, Sikasso.

He was drawn to music at work in the fields in the jobs that most often involved music. He began to use the Daro, rustic bell scrap they clinked loudly behind farmers to encourage work in the fields which he discovered after kamale n’Koni, a sort of local guitar and spent most of his free time using this instrument.

His ability to use this instrument attracted many people and captured the attention of many fans of the music in the Wassoulou region. Kamale n ‘Koni and singing go hand in hand because most of the great players of this instrument are singers. Therefore, Issa didin’t encounter great difficulties in singing. His singing  magnified local songs and peasants and members of other social strata are identified through his songs. Bravery, good work, understanding and condemnation of evils that plagued the society of the time were the topics addressed by the child of Korin. As his voice pleased and he played better and better, Issa Bagayogo began to make a name for himself and arrived in Bamako to try to record a first cassette. Its success was not only confined to Mali and his music was noticed in Europe and the US with the help of Yves Wernert, an engineer and former bassist for the French pop group that creates a mix of techno beats and traditional music.

His funeral is scheduled this afternoon in his home village in Korin Bougouni.

All the editorial team from Maliweb.net joins his family for the repose of his soul.”

Going all the way back to the first album from Issa Bagayogo, this track still has the ability to devastate dance-floors and reminds us of his tremendous influence on African fusion music. RIP “Techno Issa”- Listen below