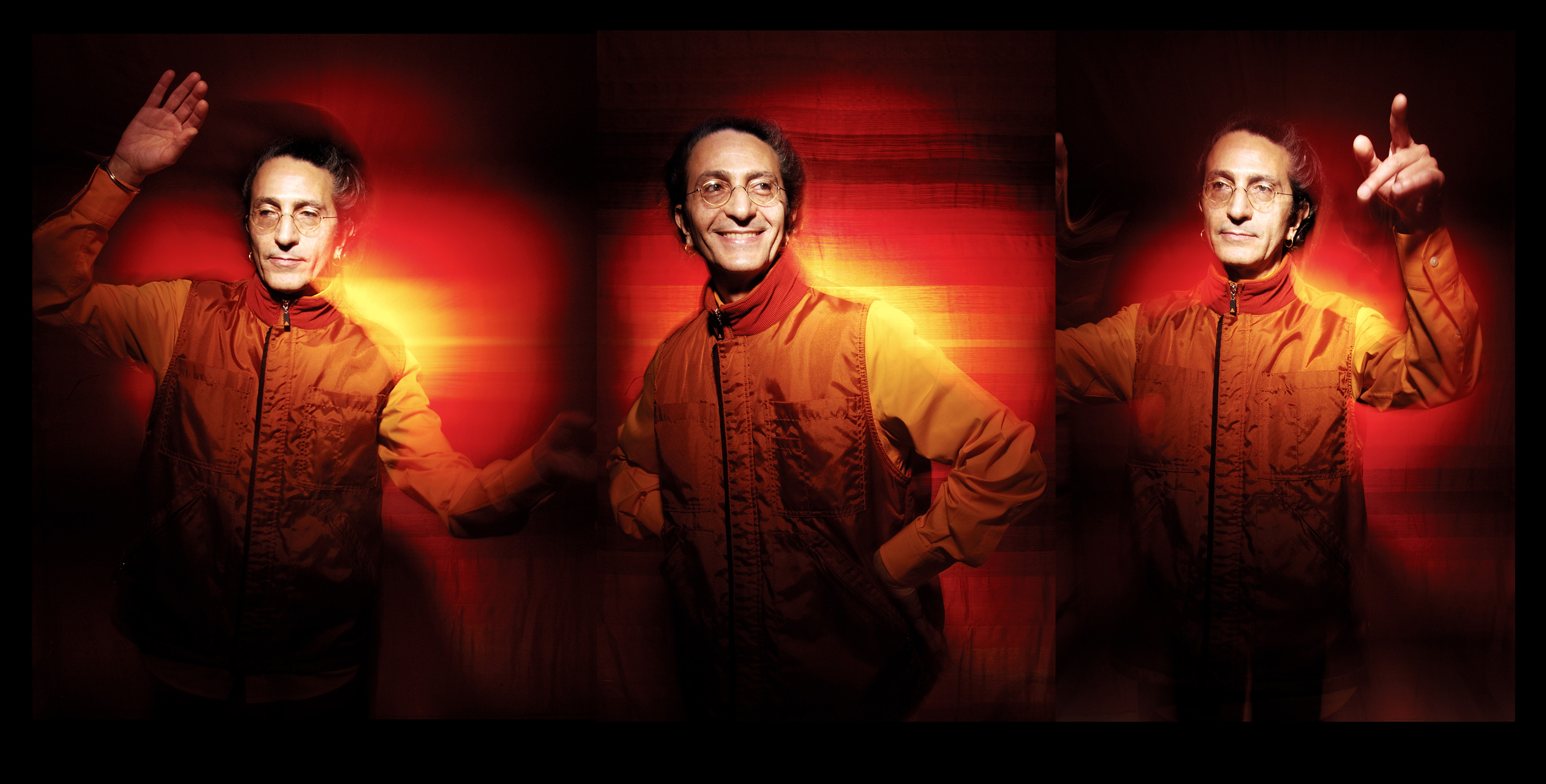 Cheb i Sabbah, musical adventurer, global spiritualist and producer extraordinaire has returned to the Indian subcontinent for Devotion, his seventh album on Six Degrees Records. Hundreds of artists in the world music genre, or for that matter any genre, have come and gone like bottle rockets, but Cheb i Sabbah’s light keeps burning and it is his bhakti (devotion) to the spiritual essence of music, and to truth and humanity, that is responsible for his longevity.

Devotion was produced in the past year or so but has been in the making for at least nine years since Cheb i Sabbah started visiting India to record his first release. His first visit to the Mother land goes back to 1970. He has been to the country several times in the interim, and with each journey he has excavated an aspect of its culture and spirituality with respect and taste to produce sublime albums like Shri Durga (1999) and Krishna Lila (2002). Both are considered gold standards by classical music purists and casual listeners alike, and remixes from these projects are club staples around the world. In the past, Cheb i Sabbah produced trippy and mellifluous prayers to the Hindu goddess Durga and sung beatific stories of Lord Krishna, but with this fantastic new record he gets to the center of the universe itself and investigates the nature of devotion.

South Asia is a kaleidoscope of multiple faiths, fantasies, languages, cultures and sub-cultures. It is not an easy task to sift through the rich but massive tapestry of religious devotional music and distill it into a flawless 62-minute summary of prayer. Cheb i Sabbah has managed to produce eight wonderful pieces that are inclusive of its three main religions but are a metaphor for the deep spirituality that suffuses every aspect of life in the Indian subcontinent. Early this year, during the Kumbh Mela in Allahabad, Cheb i Sabbah was among the 70 million devotees at this greatest of human gatherings on earth, and lived with the Naga Babas of Juna Akhara, the oldest order of (naked) sadhus (holy men). This deeply inspirational experience comes through in Devotion, as does his emotional attachment and practice of Vedic spirituality. Also palpable is Cheb i Sabbah’s embrace of the good in all mystical and esoteric paths.

The record features three distinct traditions of religious music representing Hinduism, Sikhism and Sufi Islam. “Jai Bhavani” (Praise to Bhavani, another form of Durga), the gentle opening track features Anup Jalota, the pre-eminent singer of Hindu kirtans and bhajans in India and its call and response structure builds to a soaring, epic finale.

The lilting and beautiful “Koi Bole Ram Ram,” (Some Say Rama Rama) is sung by Rana Singh, a reputed Sikh gurbani singer whose understated harmonium carries the tune over multiple crestsand valleys of tabla, returning again and again to the secular heart of the song: regardless of whether you call him Rama or Khuda, we all sing to the same God. 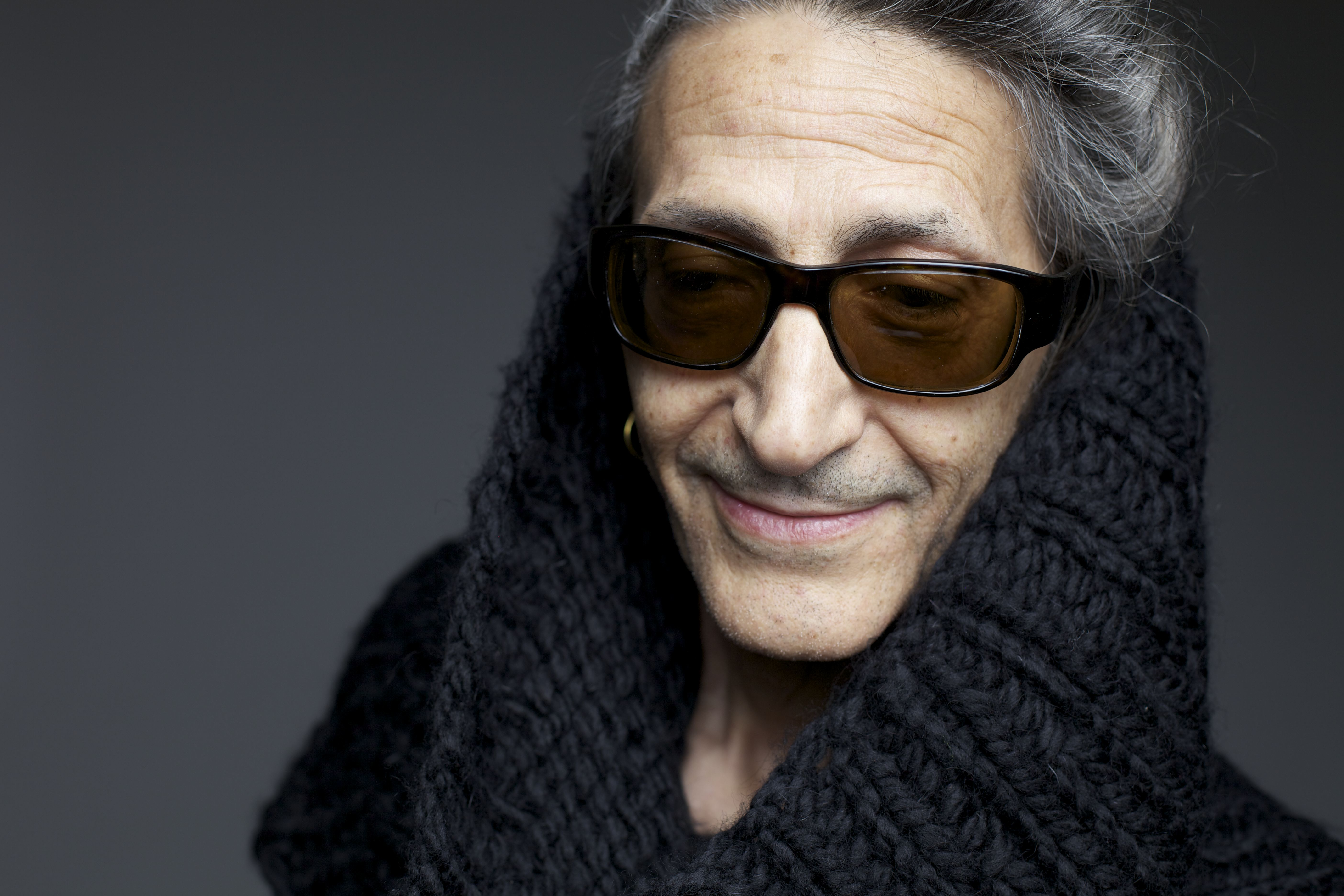 “Kinna Sohna” (How Beautiful Did God Make You?), is a Sufi tune written by the late Nusrat Fateh Ali Khan and sung here by Master Saleem, the versatile young artist from Punjab who sets the song free and makes it his own. Qalanderi, another Sufi track features the sensuous vocals of Riffat Sultana, daughter of the late, great Pakistani classical singer Ustad Salamat Ali Khan, who also happened to be Nusrat Fateh Ali Khan’s musical guru.

“Qalanderi” is a luminous example of what Cheb i Sabbah does best: taking a valuable artifact and with great care and joy reinventing it for a contemporary audience. This trippy and slow-burning qawwali takes off into the stratosphere and brings to mind the fervent dances of whirling dervishes. It ends all too quickly and I am sure a lot of producers are salivating at a chance to remix it.

“Haun Vaari Haun Varaney ,” a superlative gurbani sung by the incomparable but unknown Harnam Singh and “Morey Pya Bassey,” an uplifting bhajan featuring Shubha Mudgal, the high priestess of Indian classical singing, are the two classic cuts on Devotion. The ten minute long, dub drenched Haun Vaari draws a parallel between Sikh and Jah worship. In the end, the repetitive chants bouncing on ecstatic drums tattoo the same message of love. To his credit, Cheb i Sabbah does not abbreviate the track, respecting its narrative and keeping its sentiments intact. Shubha Mudgal synthesizes a thousand years of yearning into Morey Pya Bassey. This swirling, hypnotic melody takes you on a bittersweet trip of separation and longing.

Release comes in the realization that longing is a release in itself- a key attribute of bhakti (devotion). Anup Jalota returns on “Aaye Bhairav Bholanath,” an echoing, mystical kirtan in praise of Lord Shiva, Raga Bhairavi being the traditional end to an Indian classical music recital. The understated vocals, gospel chorus, sparkling sitar and sad flute give this track a weight and majesty that is deeply satisfying, even healing. 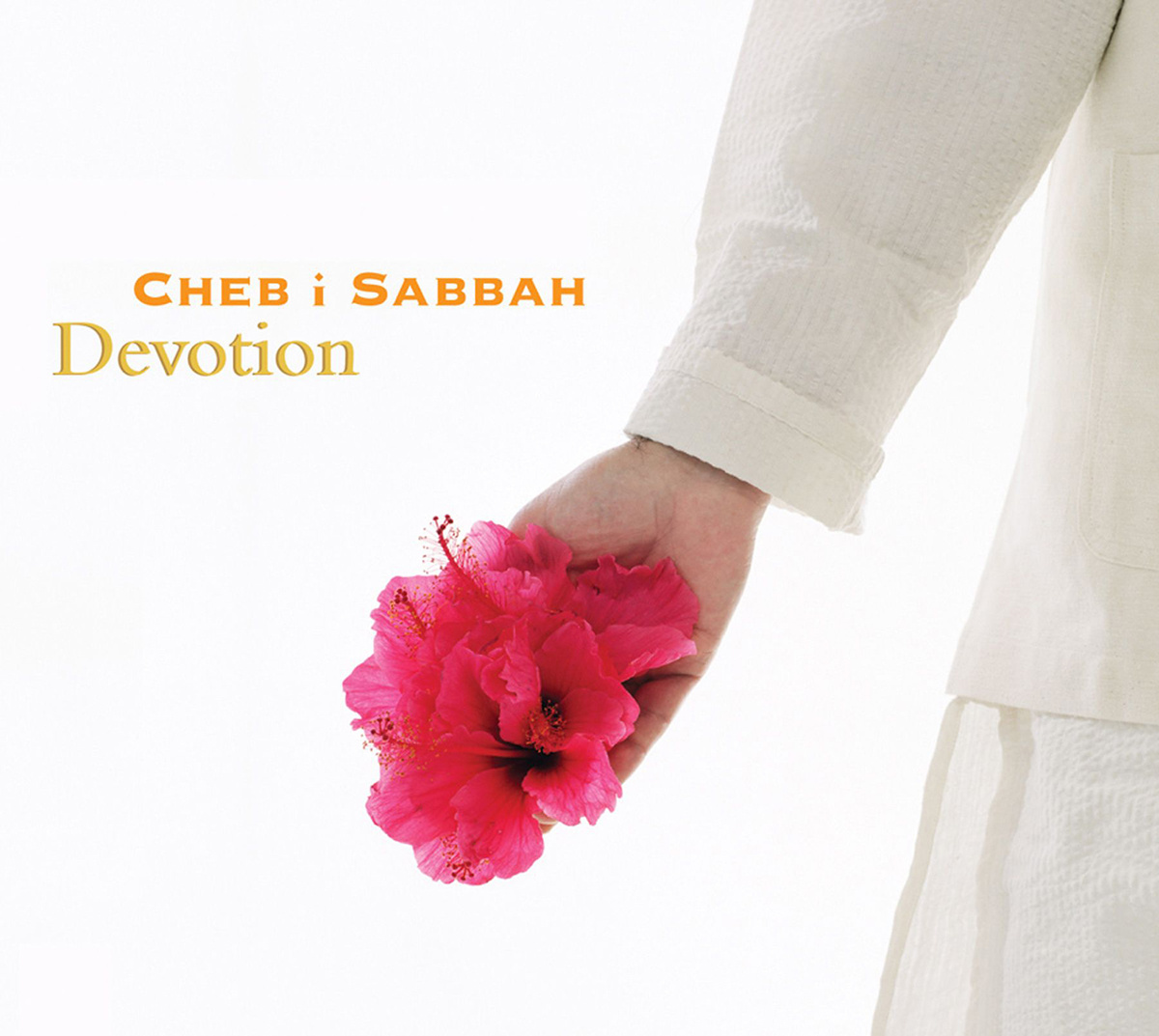 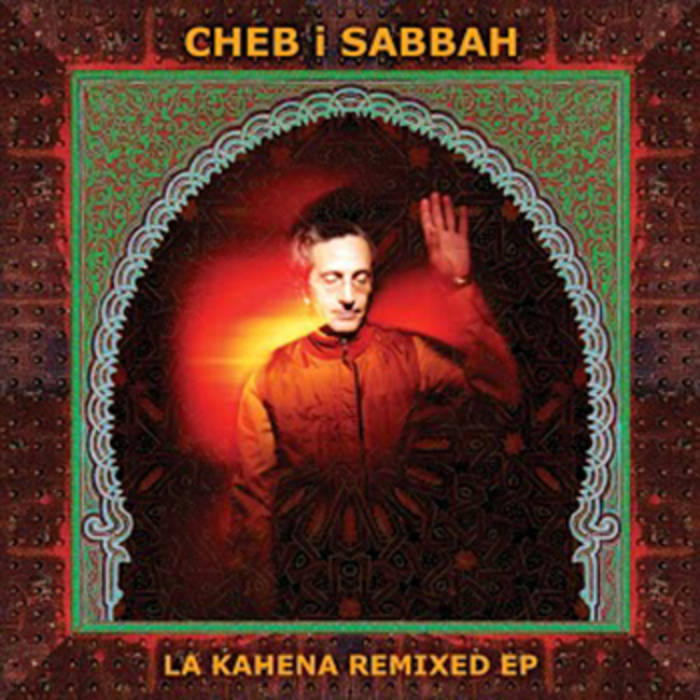 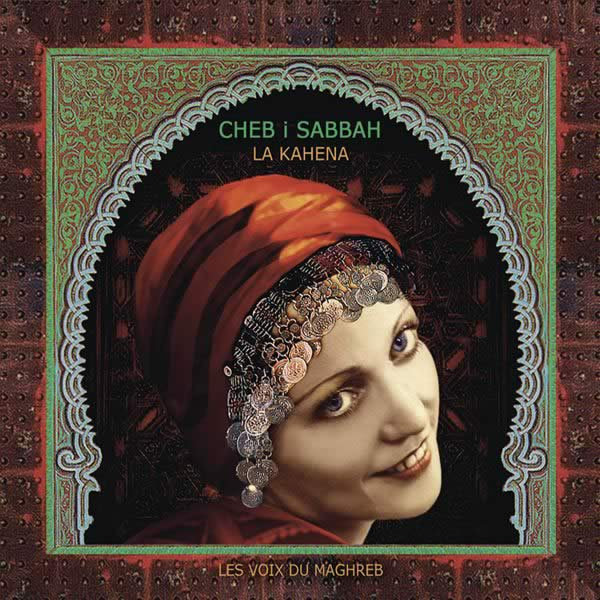 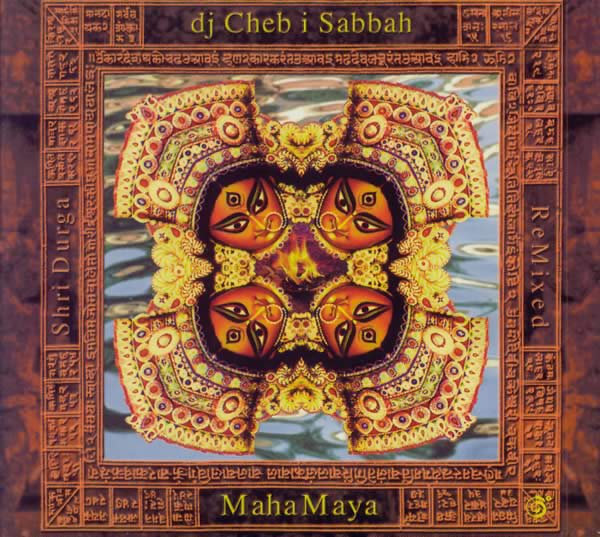 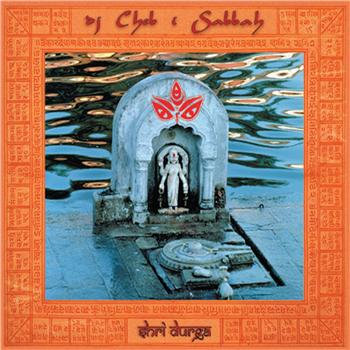