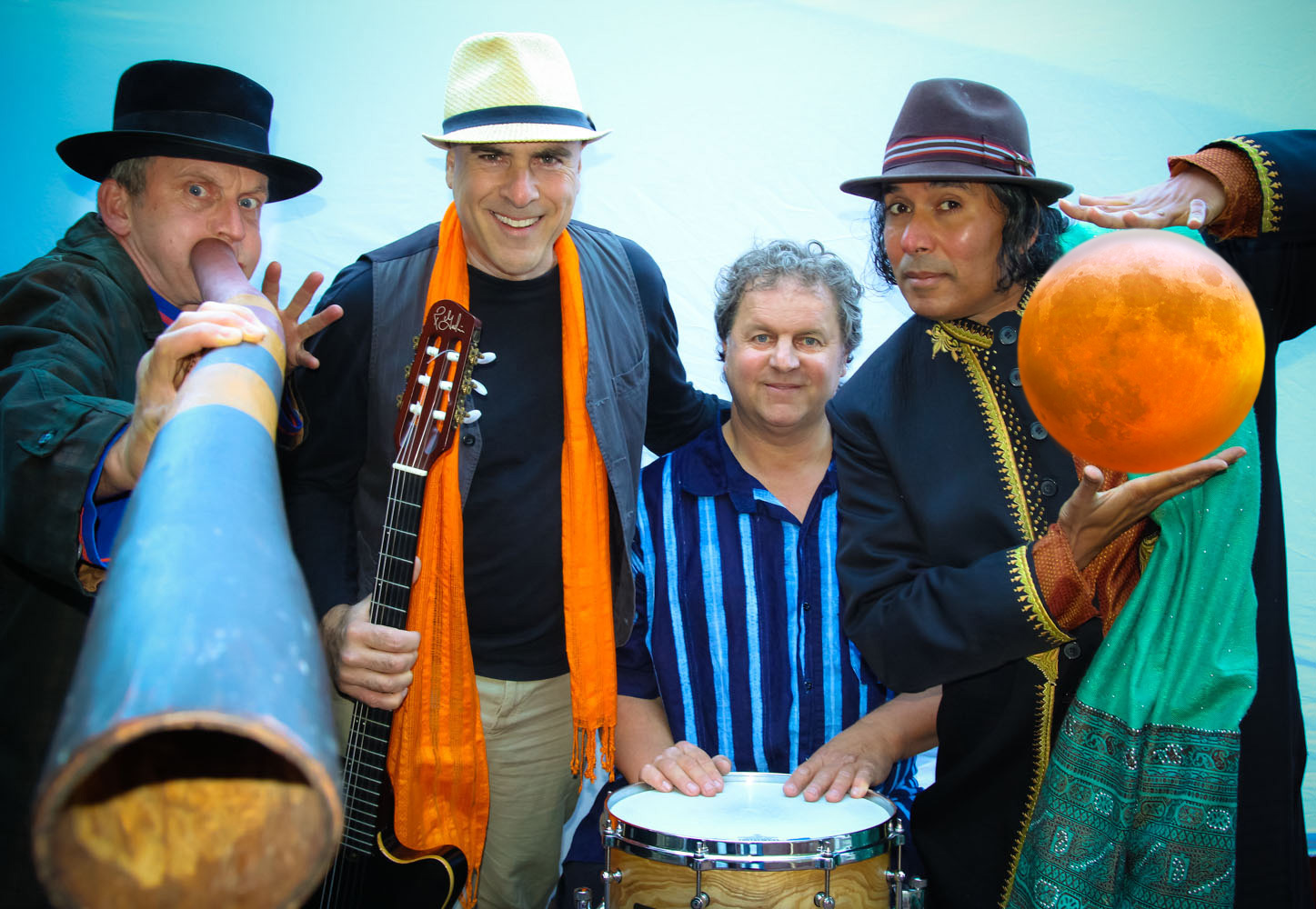 The San Francisco Bay Area has long been fertile ground for the confluence for creative spirits and artists from all over the world to gather, exhibit and explore cross-cultural and counter-cultural ideas and bring new and fresh themes into the wider world. So it was that in the last years of the 20th century the individual members that form Baraka Moon arrived on their variously convoluted journeys from their respective homelands and began to exert their influence on the Bay Area scene and open the doors of possibility, expressing their musical forces through creative projects that have inevitably culminated in the creation of Baraka Moon.

Born into a centuries old family tradition of Indian/Pakistani classical musical culture that manifested in the 2nd half of the 20th century in the renowned vocal duo, The Ali Brothers -Sukhawat’s father, the great Ustad Salamat Ali Khan and his brother Nazakat Ali Khan – Sukhawat Ali Khan grew, along with his brothers including Shafqat Ali Khan, himself a contemporary giant of Indo/Pakistani classical music, and sister Riffat Sultana, the first female vocalist in the family to gain public acclaim, Sukhawat’s career flourished when both he and his younger sister arrived in the SF Bay Area in the mid 1990’s. Together with Riffat’s husband, guitarist/MD  Richard Michos they formed The Ali Khan Band performing in the Bay Area and beyond and releasing 2 recordings on the SF based label, City of Tribes (which also featured much of Stephen Kent’s 1990’s catalog) Changing their name to Shabaz the siblings continued to plow the multicultural groove connections into the new century touring and producing a self titled CD on Miles Copeland’s Mondo Melodia label before parting ways to pursue new directions. For Sukhawat these included appearances at the 60th anniversary of the United Nations in San Francisco, where he performed with a multi-cultural ensemble to a luminary gathering of global leaders, both from both the political and cultural worlds (eg Jane Goodall and Mikhail Gorbachev) collaborations with DJ Cheb i Sabbah on his first release, “Sri Durga”  (Six Degrees Records), Soundtrack work on the Disney Film, Hidalgo (directed by), LA based Sufi band leader, Yuval Ron and many other musical outings. Sukhawat released his 1st solo CD “Shukriya” (Jah Nur Records).

The germinating seeds of Baraka Moon were sown when Stephen Kent formed a group of musicians to accompany the Rumi scholar and translator Coleman Barks in a celebration of the 800th anniversary of Jalalludin Rumi’s birth and invited Sukhawat Ali Khan and percussionist Geoffrey Gordon to join him. The first edition of Baraka Moon, a trio, was formed on the night of a blood moon eclipse soon afterwards in Feb 2008.

To this point Stephen had traveled a wide ranging and diverse creative path from his upbringing in Uganda and rural UK, setting the tone for a deep and abiding interest in world cultures and arriving in the Bay Area in 1991. After early years in the British New Wave avant-garde scene with Furious Pig (Rough Trade 1980) he traveled to Australia as Music Director of Australia’s contemporary national circus, Circus Oz (1981-83). With the Oz collective’s concerns for Aboriginal land rights and social justice this inevitably led to SK’s interest in the didgeridoo. Having grown up a classical brass player he adapted circular-breathing techniques to brass in the Oz show and composed new music, making a cultural bridge that set him on the journey of pioneering the ancient Aboriginal horn into contemporary music, which continues to this day. In late 1987 after 7 years in new circus now back in Europe his evolution on the didge manifested in soundtracks for contemporary dance companies in Barcelona and the formation of the band Lights in a Fat City, first appearing in the streets and markets of London and other European cities in the mid 80’s. LIAFC was the first ‘Didgeridoo-oriented’ band to tour Europe and North America and their LP, “Somewhere”(These Records 1988) caused them to tour widely and perform musically diverse festivals including WOMAD, Zurich & Leipzig Jazz festivals (Oct.1989), New Musique Actuelles Montreal, Winnipeg Folk Festival & The New York International Arts Festival when he arrived in the USA in 1991 to stay. San Francisco provided a dynamic creative base and there began a period in which Kent formed the band Trance Mission, joined the Beasts of Paradise (also with Geoffrey Gordon) & released a series of over 20 recordings featuring the didgeridoo in both group and solo contexts with cross cultural collaborations in concert including projects with Airto Moreira, Zakir Hussain, Glen Velez, R.Carlos Nakai, the Tuvan throat-singing group Chirgilchin, Habib Koite and Doors drummer John Densmore among many others. He also met Sukhawat Ali Khan and worked on sessions for the Ali Khan Band and recorded with Producer Richard Michos on a “chillout” CD featuring Ustad Salamat Ali Khan. Since 1995 he has hosted and produces a popular weekly “Music of the World ” radio show on KPFA FM. He has played in 5 continents to great acclaim and continues to perform all over the world. 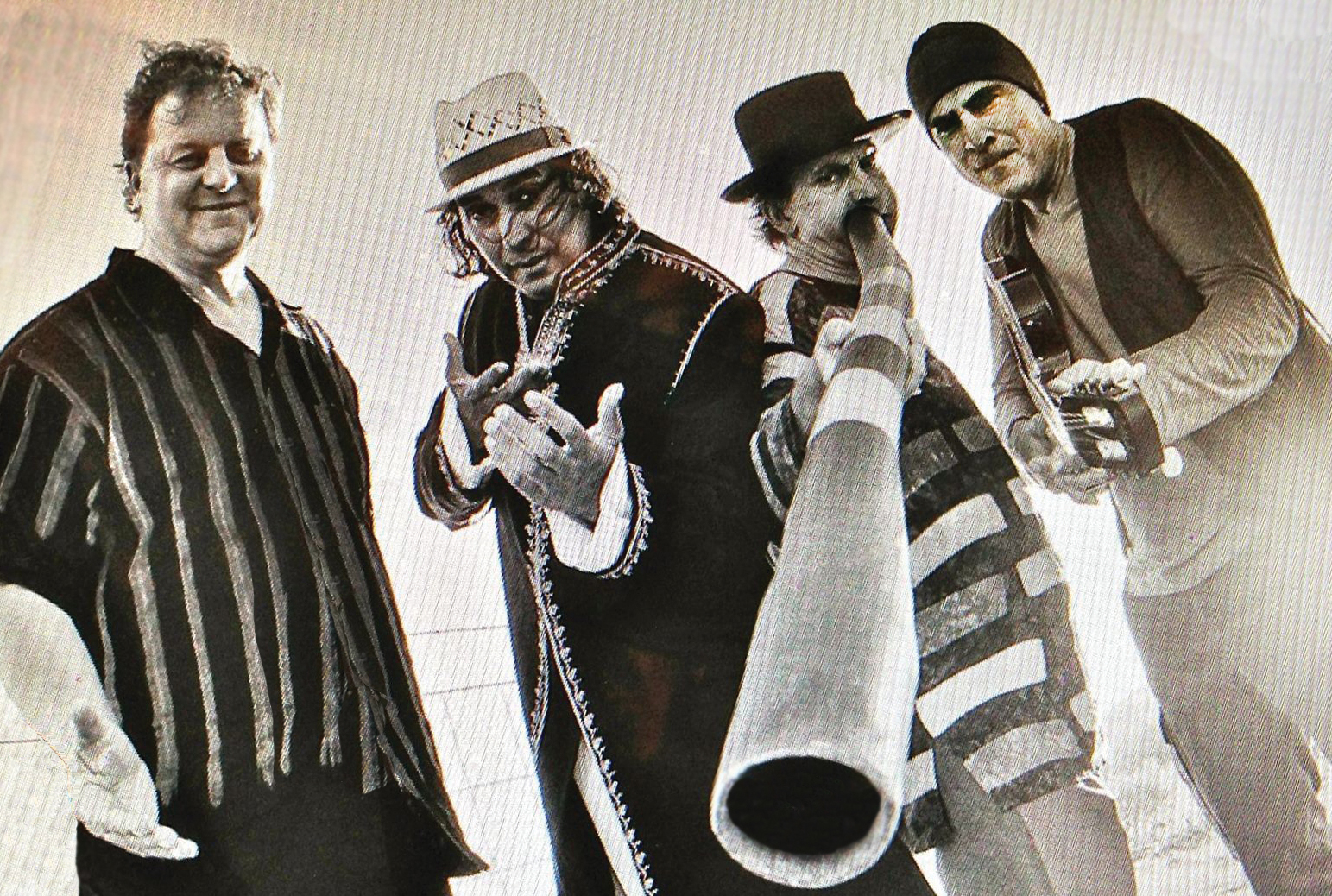 Anastasi Mavrides cut his musical teeth playing with soul and rock bands in the Philadelphia area. His playing later came to the attention of the Beach Boys’ Mike Love, who heard him performing in Europe and invited him to come on tour with the band as guitarist. Since that time, Anastasi has become a musician, composer and producer of wide-ranging styles and media. He’s produced albums of instrumental music for the Real Music label, as well as creating the award-winning children’s series, The Classical Child®, a whimsical collection of eight classical music CDs for kids (classicalchild.com). In addition, he has scored music for national broadcast commercials, as well as film shorts. Over the last few years, ‘Stas’ has been music director and composer for the regional cult musical, Zen Boyfriends, as well as producer for The Marin Project concert and album, benefiting Bay Area homelessness.

In the 1990’s, Peter created the “Real Tribal” drum show, which he took to nightclubs, raves and festivals on Canadian music scene. The lineup featured master drummers from West Africa, Brazil, Japan and India in performances that seem to magically bring audience and musicians together in joyful, ecstatic dancing and singing. It was this spirit of bringing people together with the power of rhythm and dance that led Peter to the San Francisco Bay Area to create Makuruand JI (with Anastasi). Later, when they both teamed up with Sukhawat and Stephen, Peter brought the core of his drum and dance-infused energy with him into Baraka Moon.

Anastasi entered the Baraka Moon orbit via his musical involvement with their common collaborator, Geoffrey Gordon. It was during his years performing in Gordon’s Indian-style, raga-based sacred music ensemble that Anastasi met Sukhawat, and the three performed together at one of the Bay Area’s Himalayan Festivals. In 2010 – together with drummer, Peter Warren – Anastasi and Suhkhawat formed JI, a stylistic pre-cursor to the funky and driving present-day Baraka Moon band. Peter and Anastasi brought with them their West African and Malian rhythms and influences from the group they co-created, called MAKURU, which found them playing with an array of outstanding Senagalese, Ginean and Malian musicians (Bolo Kade, Karamo Susso Ousseynou Kouyate and others.)  It was sometime after the sad and untimely passing of Geoffrey that Sukhawat, Anastasi, Peter and Stephen decided to join musical forces in a way that, looking back now, seems to have been inevitable.

At a young age drummer Peter Warren was influenced by the ‘art rock’ of the 70’s. Inspired by Peter Gabriel and his Real World label, at the age of 20 he became immersed in world music, meeting many African and Indian musicians in Toronto, with whom he started to form world-drumming and chant groups. 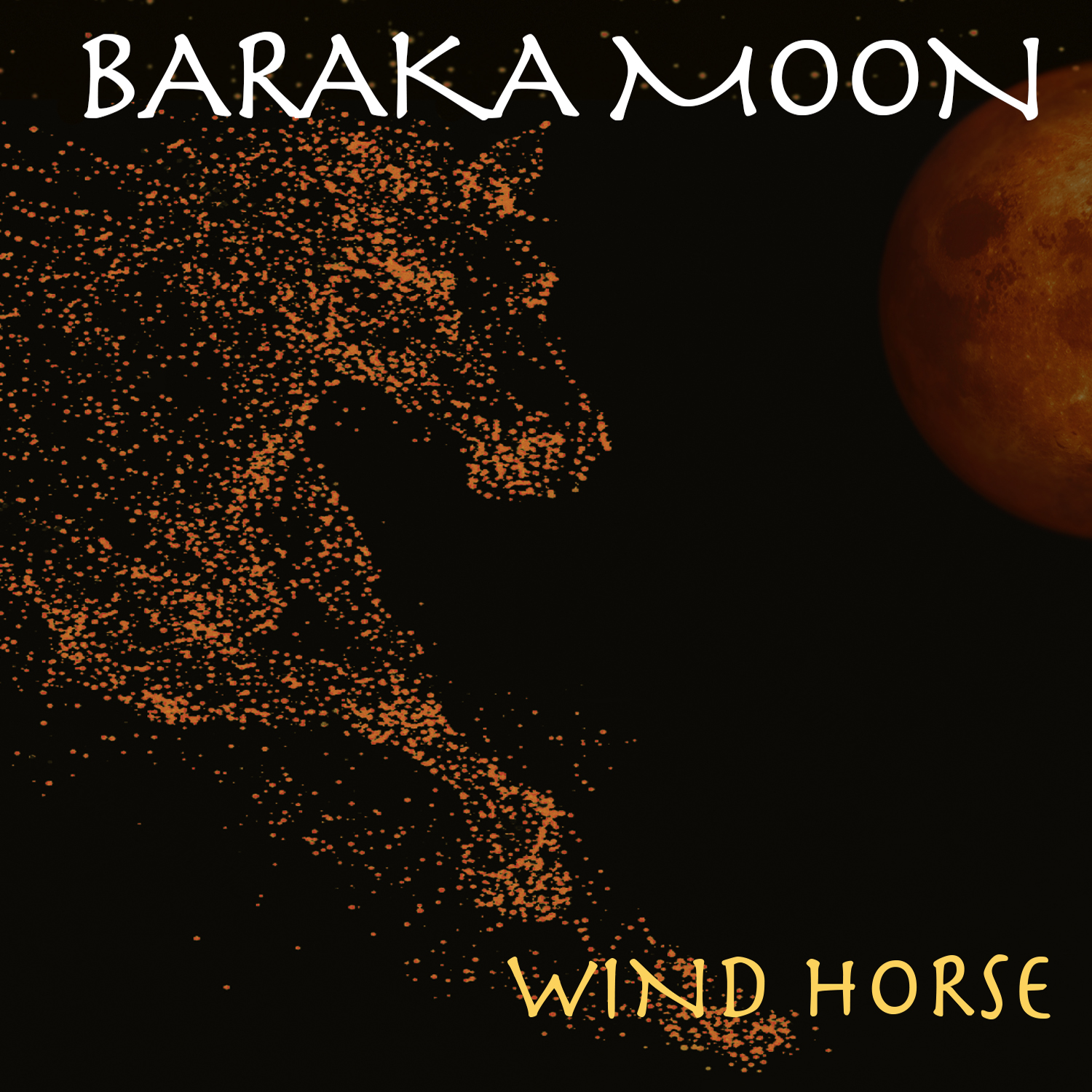