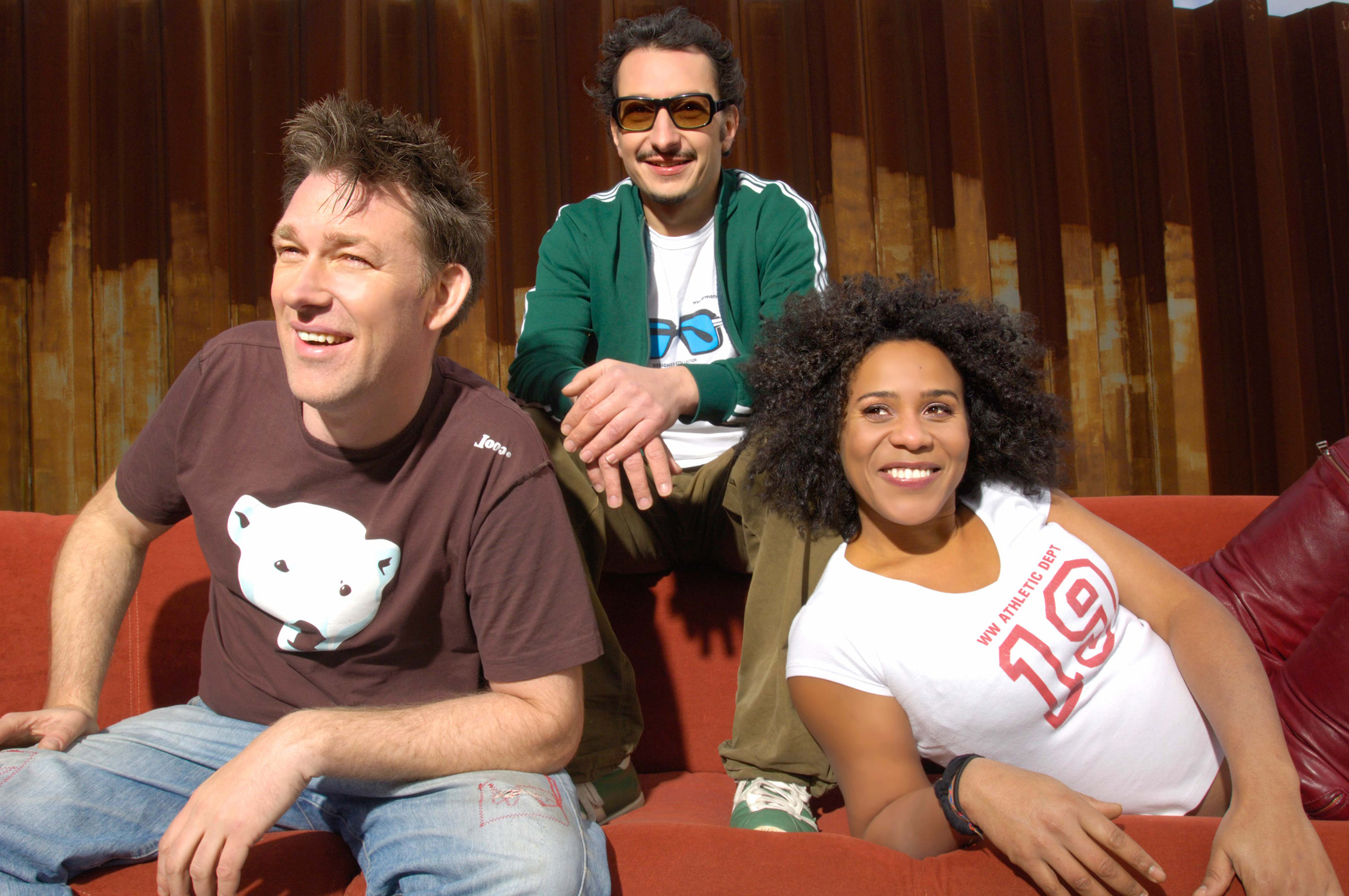 Where do you go After the Carnaval? Home. That’s where Zuco 103 headed following a decade of celebratory invention with its eclectic Brazil-ectro twists – home literally for Rio-born singer Lilian Vieira and home musically for her Amsterdam-based partners Stefan Schmid and Stefan (Stuv) Kruger. As Stuv expresses, “After ten years of touring and producing – a fascinating time – we’re proud to be back home.”

The trio spent several weeks in Rio splitting their time between working with children living in the harshest conditions of the slums and garbage heaps of the sprawling city, soaking up the local ambience and channeling all that into their music. Inspired by that and by their own home lives (Vieira was pregnant with her first child, while the Stefans had both recently become parents), they produced an album that keeps the party going, but brings into it a new depth and meaning drawn directly from their own lives and experiences.

Zuco 103 has moved away from sample-based music, which gives this album a natural, acoustic sound. Peaceful. Produced almost with a tough kind of carelessness.  After the Carnaval is a much more accessible, spontaneous and varied album than the group’s four previous releases on Six Degrees Records.

The strumming opener “Nunca Mais” and the beat-bearing “The Same Way,” among others, truly bring the nova to bossa nova. “Fulero” pretty much creates a new “country samba” genre with its twanged banjo and loping rhythm. “Back Home” turns on the funk with a Rio accent. As a whole, After the Carnaval covers a range of emotions from loving calm to simmering anger, all placed in music that continues to expand the innovation and enticing sense of color for which the group is known.

“We were kind of on holiday and thought it would be so nice if we could go to Brazil – not only physically there, but searching for the real roots of Brazilian music,” says Vieira, who grew up surrounded by the music of her percussionist father and samba-singer mother. “

All three found much more than they had expected.

“There comes a moment after 10 years of searching to go back home,” Vieira says. “In between tours and the birth of my son, Stefan, Stuv and I spent time in Brazil. Rio is full of little worlds: garbage dumps, favelas, healthy wealthy barrios. There’s music everywhere, in every hole, every drop, in every smile. Though we’ve been all over the world, we were touched and inspired by that trip. Songs welled up. It’s a direct, honest musical transformation.”

The trip was mostly geared to helping others make music, working with the charity organization Ibiss to produce demo recordings for several favela bands of outcast street children. But the inspiration was so great that they booked time for themselves at the famed Toca do Bandido studio in Rio and hooked up with two renowned Brazilian musicians – Sergio Cavazioli (Gilberto Gil) on guitar, banjo and cavaquino and percussionist Marcos Suzano – for sessions exploding in creativity and joy. The result was new horizons of possibilities for Vieira’s touching singing, Schmid’s bracing keyboards and Kruger’s forceful, complex beats.

“Being in Brazil in that moment was what we wanted to do,” she continues. “We were working with the children there and saw how difficult life can be. We saw this together while making music together. It was such an experience for us – even for me from Brazil, I never saw anything like that. We were so touched by this, I cannot even describe it.”
At the same time, the two Stefans were absorbing the full range of the Brazilian music and culture experience.

“It was so important that we were musicians and could play there and work with people there and for a bit Stefan and Stuv were Brazilians,” Vieira says. “Drinking the cold beer and recording, yearning to create music, hoping to go to the studio the next day – was very beautiful!”

The result is a much more alive and diverse palette of sounds than the band has previously recorded.  One side of the new range is heard in the song “Madrugada,” which Vieira says was inspired in part by the novel “Dona Flor and Her Two Husbands,” a tale of transcendent romance. “The song is all about love,” she says. “When I was writing the lyrics I was thinking about the book and I remember so much this thing that love goes beyond everything.” 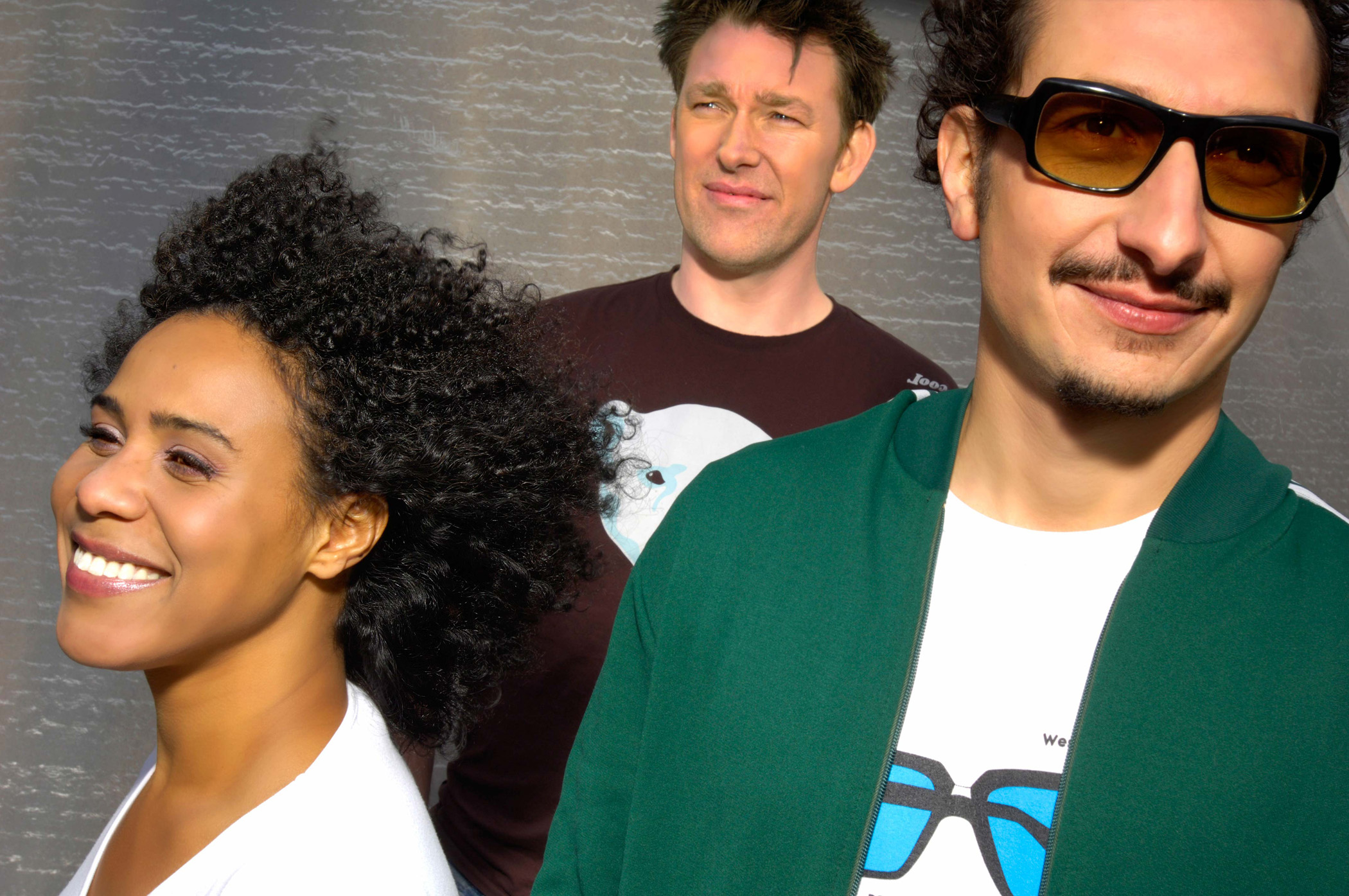 On the other side of that coin is “She,” which takes on the torment and tragedy of interpersonal violence in a way that effected Vieira more than she even realized. “Someone told me that it sounds like I am very angry, and after they said that I thought, ‘My God, I am!’” she says. “It’s about a woman who lives with a guy who hits her all the time and she could make the choice to go away, but is scared about what people will say and scared of being alone and at the end of the story the guy kills her. While I was singing I was thinking, ‘My God, we are in a world where we still need this song, this still happens.’ I felt very much when I sang that, but I didn’t realize in the recording that I was so angry.”

After the Carnaval is at once a culmination of a decade of creativity and a signpost pointing to future possibilities for Zuco 103, a unique and fertile combination of three distinct personalities. Schmid states, “I am confident that we managed again to consolidate the different influences into one Zuco world. I am very satisfied as concerns the sound of this record.”

Viera breaks down the personalities stating, “Stefan (Stuv) Kruger is a very well known drummer in the jazz scene in Holland and he has such a big power to convince people – when he likes something, he makes you love it,”

“Stefan Schmid is kind of the same, but he doesn’t talk much,” she adds of the Munich-born keyboardist, who also comes from the European jazz world. “He’s very intellectual and passionate with music.”

And herself? “I grew up in a traditional Brazilian family – not so much with jazz until I heard Ella Fitzgerald,” she says. “Then I came to Holland, by coincidence the same time Stefan Schmid moved from Munich. Stefan Kruger was already around. We met each other and started working together . . . and here we are 10 years later!” 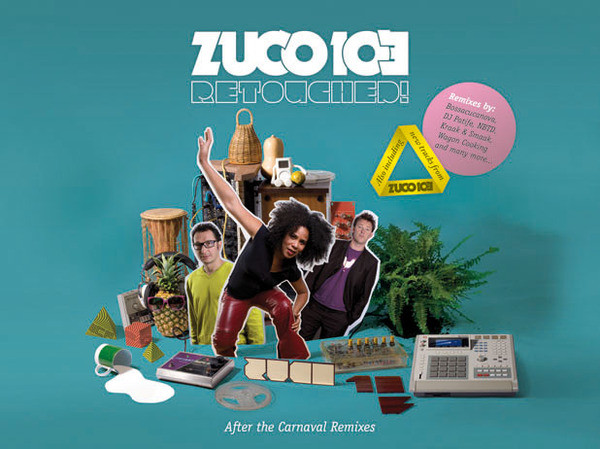 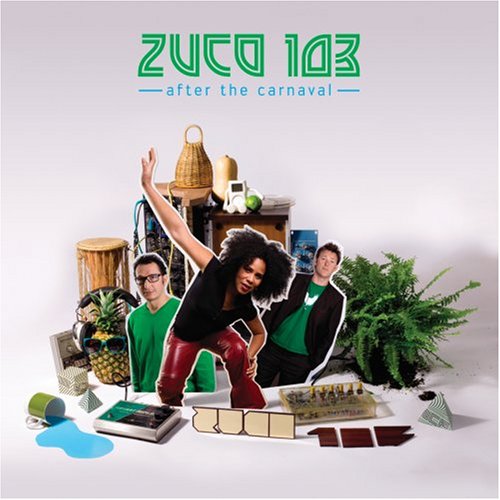