As World War II raged through Europe, a group of Soviet Yiddish scholars embarked on an ambitious goal to preserve Jewish culture of the 1940s. Soviet ethnomusicologists from the Kiev Cabinet for Jewish Culture, led by Moisei Beregovsky (1892 – 1961), recorded hundreds of new Yiddish songs: tunes that detailed Soviet Jewish wartime service in the Red Army, survival and death in Nazi-occupied Europe and stories from those working in the Soviet home front in Central Asia, Ural Mountains and Siberia. Beregovsky and his colleague Ruvim Lerner (1912 – 1972) hoped to publish an anthology of these songs, but the project was never completed as Beregovsky was arrested in the height of Stalin’s anti-Jewish purge. The documents were sealed. The scholars died thinking that their work had been lost and destroyed.

In the 1990s, librarians of the Vernadsky National Library of Ukraine found unnamed boxes with these documents. Librarian Lyudmila Sholokhova created the first catalogue since the original one was destroyed in the 1940s. In the early 2000s, a lucky coincidence brought Professor Anna Shternshis from the University of Toronto to Kiev where she found out that these songs had survived all of these decades following Beregovsky’s arrest. Quickly deteriorating, fragile documents, some typed, but most hand-written on paper, presented a challenge. But upon quick examination of the material, it turned out that these contained some of the most poignant and historically important Soviet Yiddish songs of World War II. None of them have been performed since 1947. 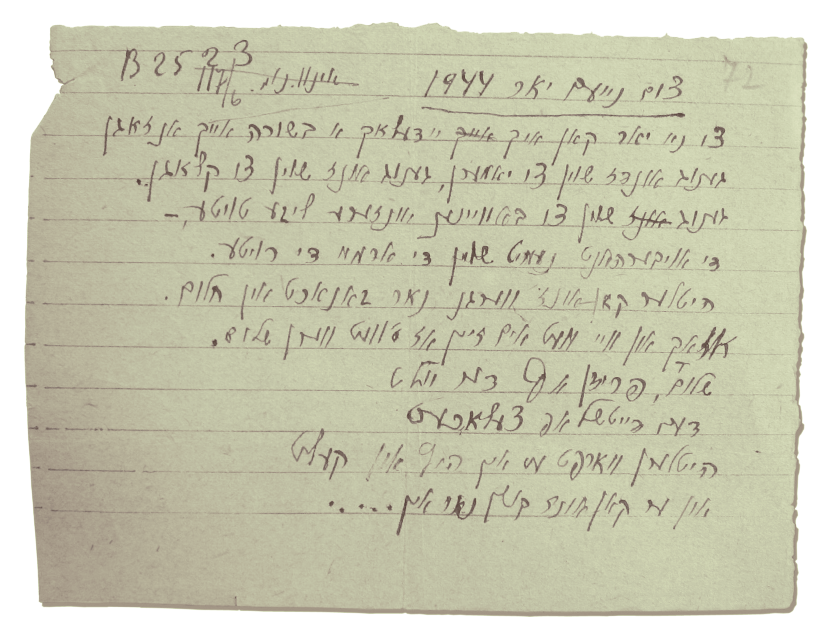 The archive was a bombshell that challenged the established wisdom of how Soviet Jews made sense of World War II. Many songs turned out to be the first grassroot testimonies of the German atrocities. Their authors used music and poetry to describe violence and destruction that could not be easily comprehended or described in prose. Some songs were written by Red Army soldiers fighting in the trenches (representing some experiences of the approximately 440,000 Jews enlisted during World War II), others by women and men who anxiously waited for these soldiers to return (about 1.4 million Soviet Jews survived the war in Soviet Central Asia and Siberia), yet others by Jews in occupied Ukraine and other parts of the Soviet Union (over 2.5 million Jews were killed in the European part of the Soviet Union).

Some songs in the archive did indeed have their melodies preserved, however most were simply lyrics. Shternshis and Dr. Pavel Lion, better known under his artistic name Psoy Korolenko, worked together to bring these songs to both academic and popular audiences in 21st century North America and Europe. Psoy Korolenko engaged in “musical archaeology,” and analyzed the scarce supplementary notes, contextualized the lyrics and then took a leap of imagination in order to create or adapt music for the texts, all originally written by amateur authors. Violinist and composer Sergei Erdenko then created multi-instrument arrangements and composed original music for one song (“Kazakhstan”). Producer Dan Rosenberg brought together an all-star band, which consisted of five vocalists (including Juno-award winner Sophie Milman), and five conservatory trained classical instrumentalists with decades of experience performing and researching folk music. The album “Yiddish Glory” is the fruit of this three-year-long process. For the first time, the public will hear the voices of the Soviet Jews who were thought to be silenced by Hitler and Stalin. 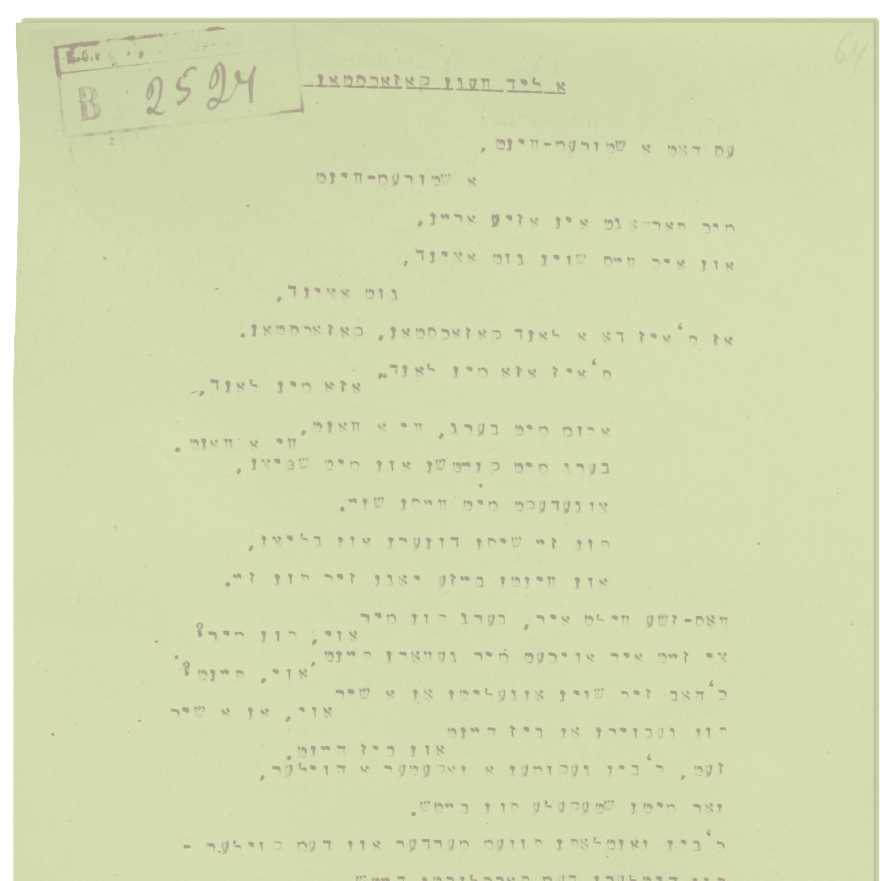 All documents on the cover and within the booklet courtesy of the Vernadsky National Library of Ukraine, fond 190.
Soviet WWII postcards courtesy of Blavatnik Archive, New York
Art Direction and Design: Janet Wolsborn

Mikhail Savichev: virtuoso of classical and Romani guitar, graduate of Russia’s Novosibirsk Conservatory, before moving to Spain to study under the mentorship of Paco de Lucia.

Alexander Sevastian: from Quartetto Gelato, and winner of countless international classical accordion competitions and the world’s leading interpreter of Bach on the accordion.

Sasha Lurje: acclaimed Yiddish vocalist and performer in a wide range of styles and genres, as well as instructor at various festivals around the world.

And introducing Isaac Rosenberg: (just 12 years old when the project started) performs music written by a Jewish orphan whose parents were murdered during the Holocaust.

Anna Shternshis: Al and Malka Green Professor in Yiddish Studies and the Director of the Anne Tanenbaum Centre for Jewish Studies at the University of Toronto.