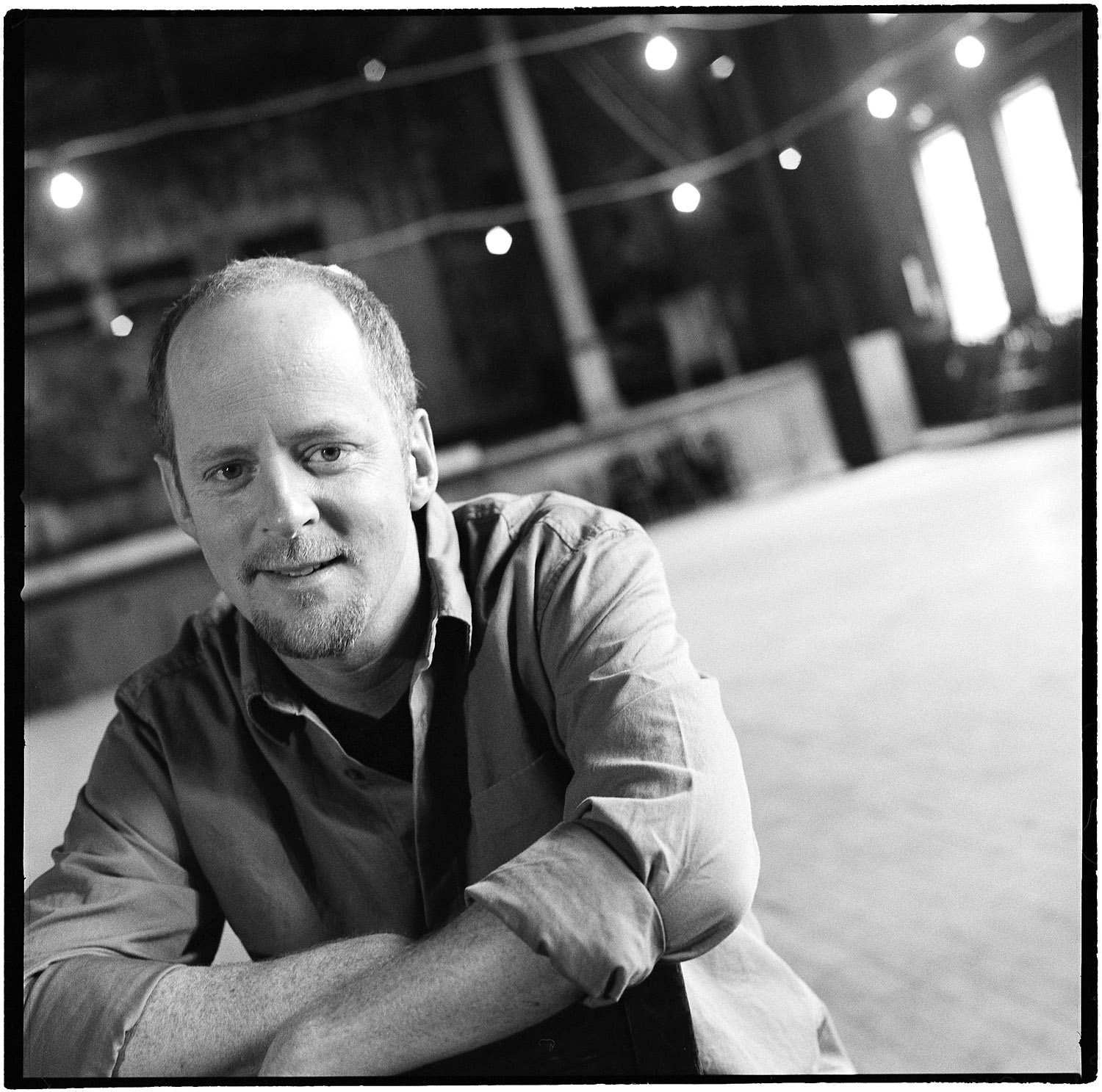 Spend an evening with Willy Porter and experience a rare communion between artist and audience. With High Wire Live, his first live album, listeners who have never experienced Porter on stage can hear the quietly spellbinding majesty and improvisation of Willy Porter in his natural milieu. This live album is more than a document of Porter’s last year-and-a-half on the road, and more than a keepsake for fans. High Wire Live touches the heart of Porter’s songwriting, his life experience, and the variety of styles that make up his distinct musical persona, from the blues-based open-tuned funk of “Tribe,” to the blinding 6 & 12-string guitar playing that has placed him in the vanguard of the new acoustic frontier.

Willy Porter is a seasoned solo performer who honed his songs and his chops traveling across America and Europe playing to captive audiences everywhere. His songs are equal parts muscle and intimacy, and reveal a rarely achieved relationship between an artist and his craft. Hailing from the swamps of Milwaukee, WI, he forged a connection to his fans from his earliest performing experiences that would continue to reverberate even when opening for the audiences of artists like Tori Amos and Paul Simon. On one legendary night in Nashville, in front of a room full of some of the world’s best guitarists, Porter, with just his voice and an acoustic guitar, earned a standing ovation from an audience primed to see electric guitar-hero Jeff Beck.

“People have been asking me to do a live album for a long time,” he explains. “This album feels like music to me, beautifully imperfect in every way.” Porter has long been known for his innovative and expressive guitar playing which the press have called everything from “startling,” to “dazzling” to “killer.” The Boston Globe compares his playing to speed picker Leo Kottke. But it’s his songs that have been gathering more attention of late.

High Wire Live features the signpost songs of Porter’s career, the ones his fans request most often. “Angry Words,” his breakout hit on AAA radio in the 1990s, is included, as is “Tribe,” “Unconditional,” “Breathe,” “Dishwater Blonde” and “Mystery.” The fans who have been asking Porter for a live recording of these favorites won’t be disappointed.

“When you walk out in front of people by yourself with your instrument, you’re walking on a wire,” Porter continues. “Every mistake you make is out there; it’s fantastic, and that pressure is the drug if you will… Knowing you have only one shot raises the level of the performance, the intensity, and the adrenaline. On a good night there’s a symbiosis between the audience and the musicians.”

That energy crackles throughout High Wire Live. Recorded in Birmingham, England, as well as New York City, Los Angeles, Chicago and Portland, Oregon, High Wire Live resulted from a very selective culling process. The CD was produced and mixed by producer Ben Wisch (who has previously worked with Marc Cohn, Patty Larkin and David Wilcox) at Red House Studio in New York City. “We tried to make the CD sound the way I do live,” Porter said with satisfaction. 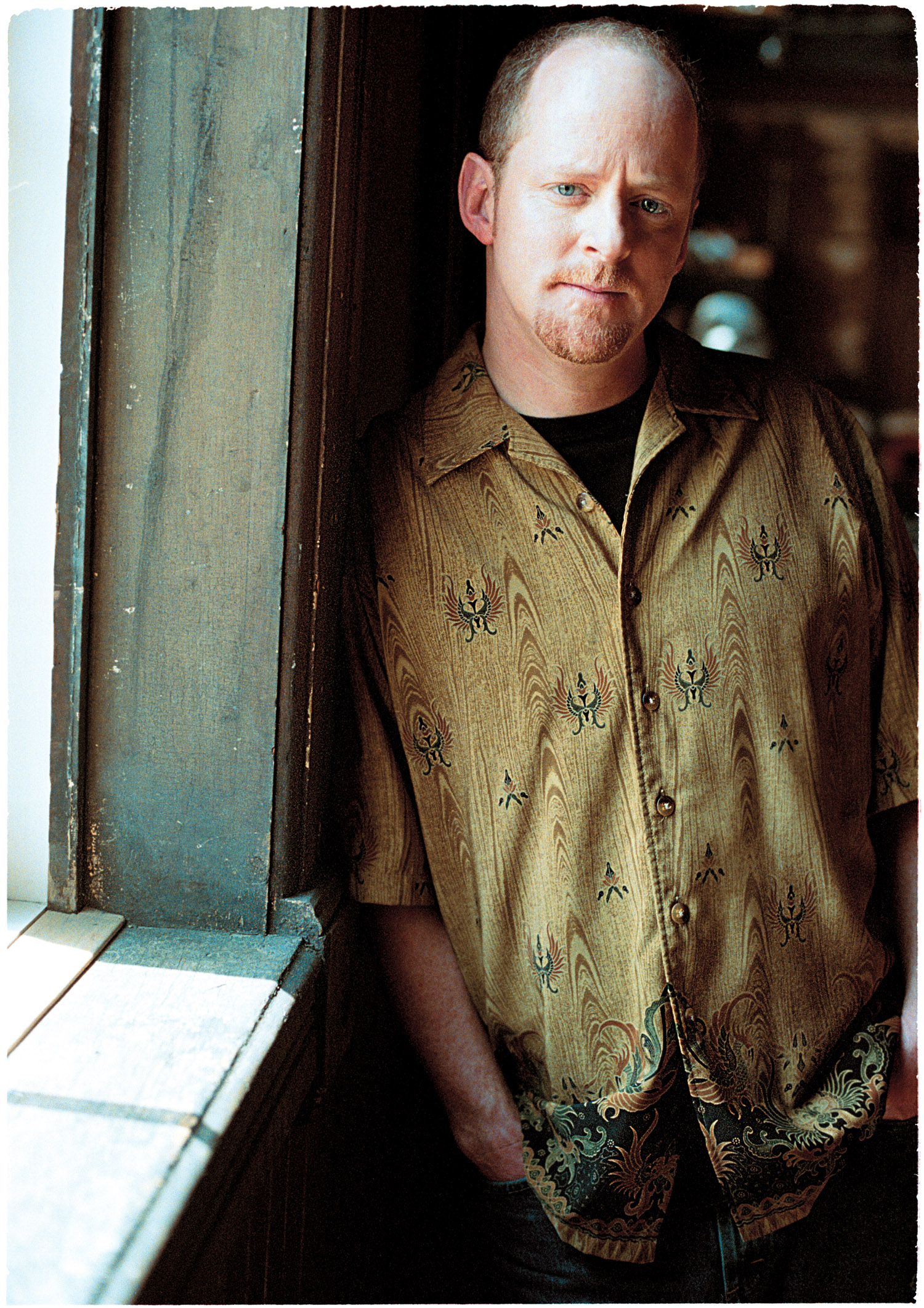 Porter’s unassuming nature (there isn’t one ounce of rock-star posturing in his blood) has always been part of his appeal. Now, in the soloist’s spotlight, Porter’s attitude-free approach shines. On High Wire Live, the profound simplicity of Porter’s words and music are entirely up front and unmasked by band arrangements. This gives free rein to his fleet-fingered guitar playing and quietly emotive singing, his gift for melody and his often spiritually-questing lyrics, which search for meaning in everyday life.

Porter has never been known as a cover artist, but he included one song from another writer on High Wire Live, “You Stay Here” by Richard Schindell, an American songwriter living in Argentina. “I met him at a show we both played in New Jersey, but I had already discovered him through his recordings. Richard’s a fascinating guy with a powerful sense of observation,” Porter says.

It’s no small compliment coming from a lyricist as observant of life as Willy Porter. On “You Stay Here,” Porter is joined by his sole guest star on High Wire Live, electric guitarist Martin Barre from Jethro Tull. The song was recorded while Porter accompanied Tull on tour in Europe.

For Willy Porter, his previous CDs were only road maps to the heart of his music. With High Wire Live, Porter has arrived at his destination. 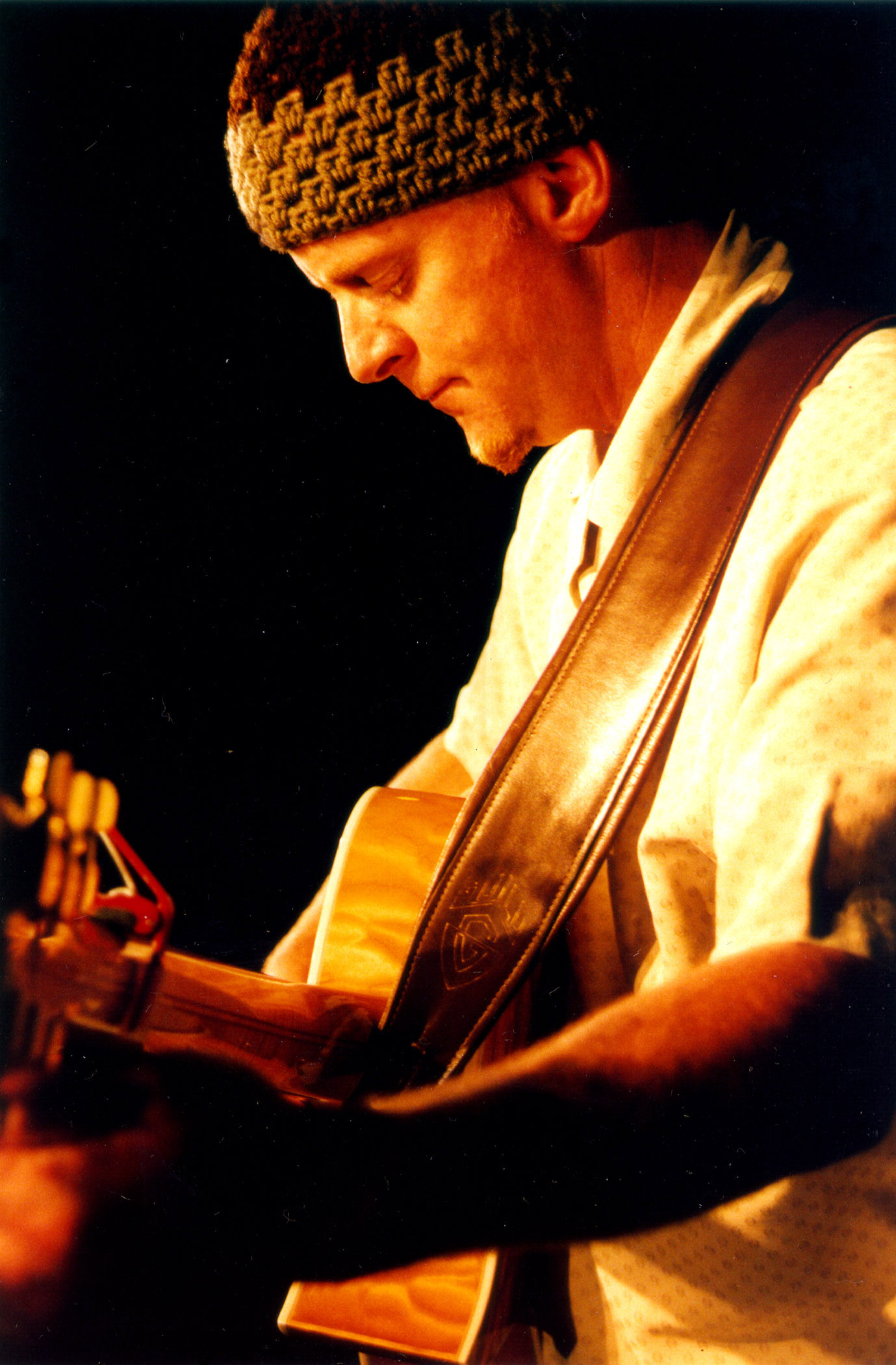 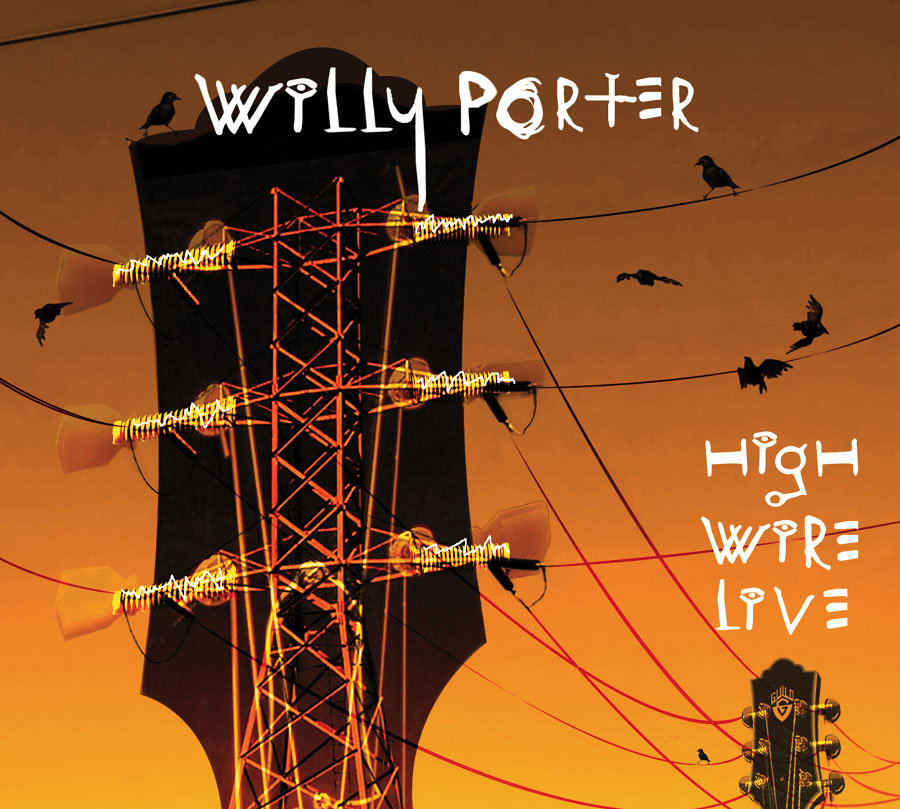 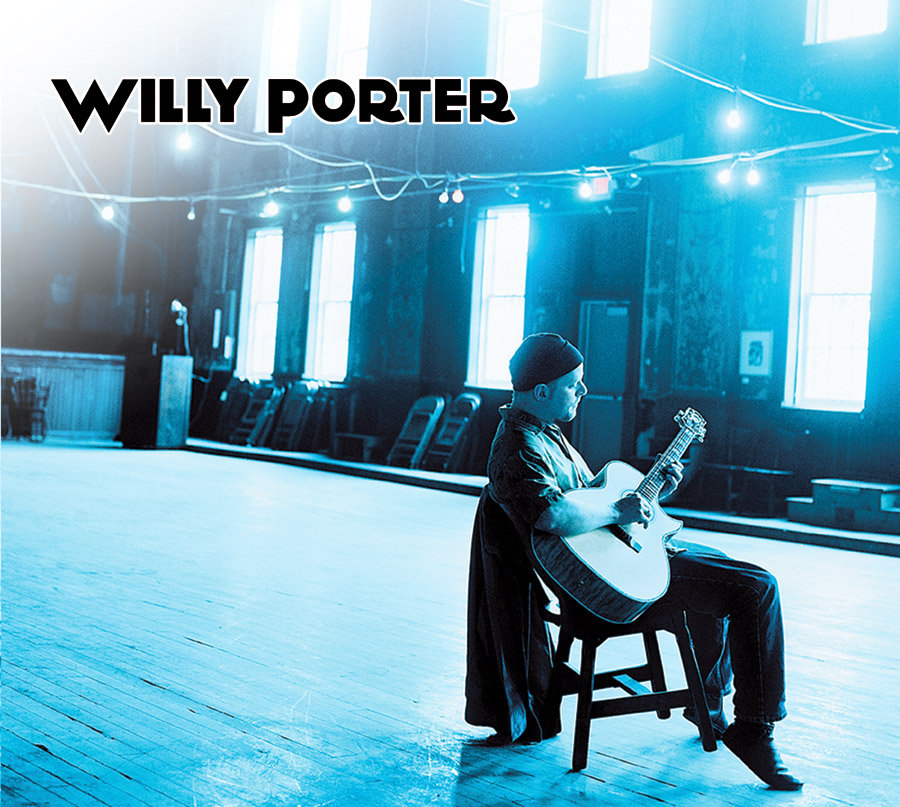 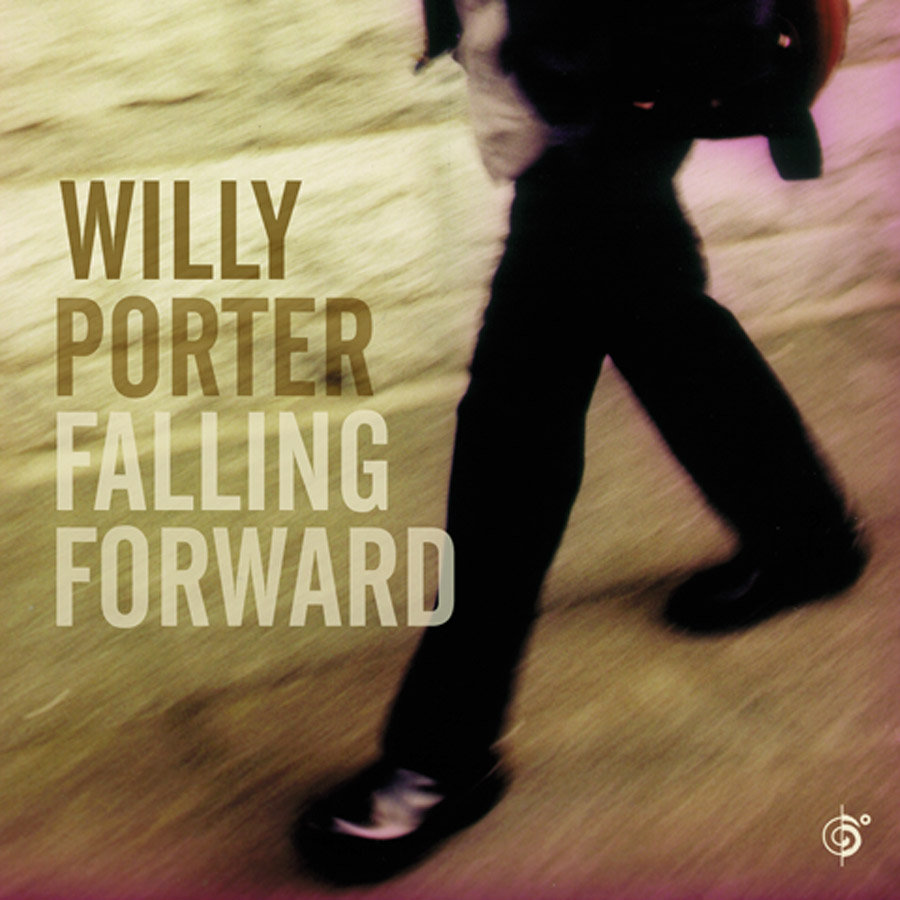