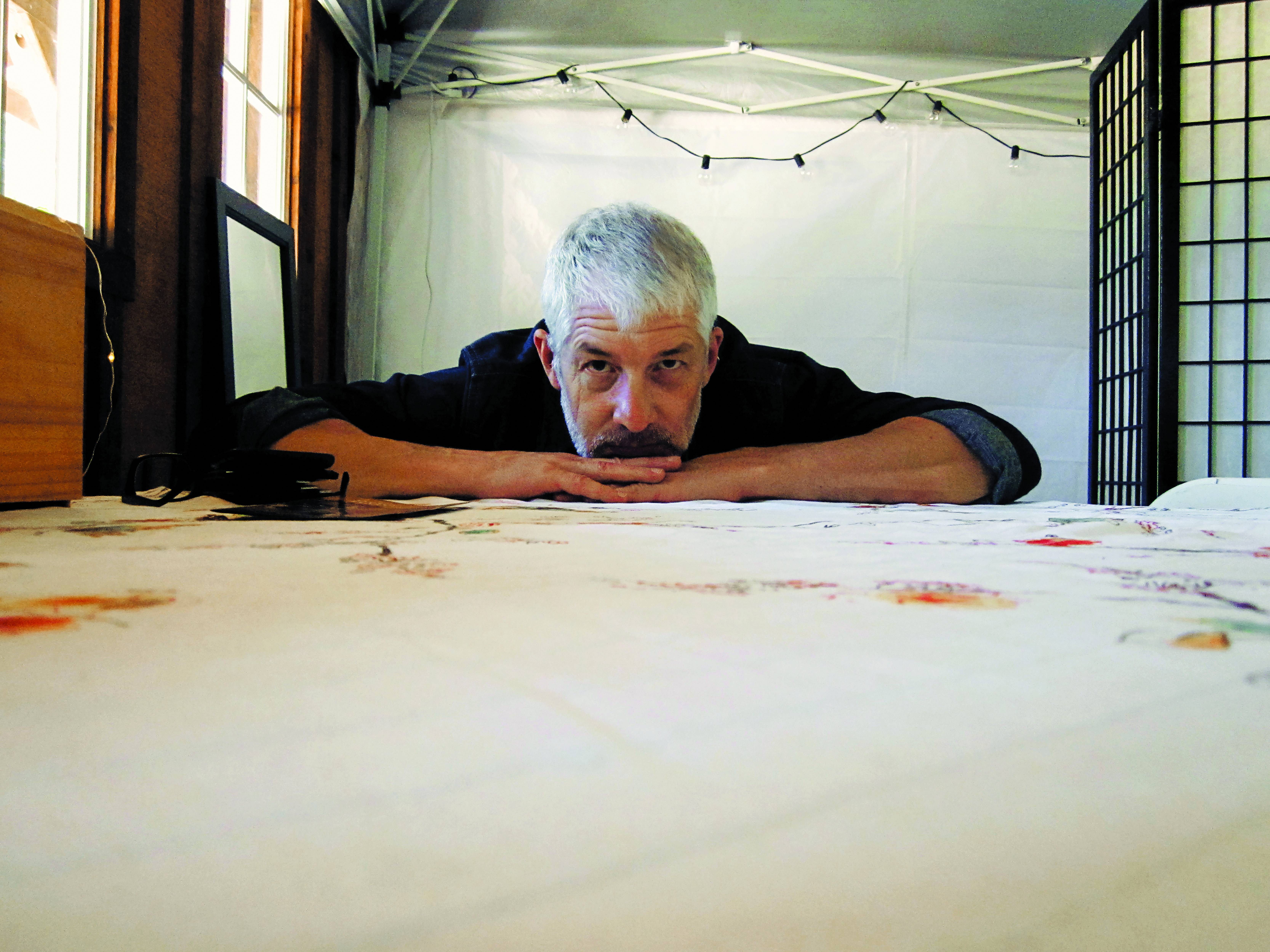 Just before the dust settles from a run of sold-out dates that stretched from coast-to-coast with his co-founding band Camper Van Beethoven, Victor Krummenacher will be hitting the road again. Only this time he’ll be doing double-duty as both the opening and headlining acts. In support of his forthcoming solo album, Blue Pacific (out March 1st), Victor Krummenacher & His Flying Circus will open these shows, followed by his other revered art/psych/prog band, Monks of Doom, who just recently released The Bronte Pin, their first album of new studio material in 25 years. Music critic Nick Spacek writing for the music site Modern Vinyl, called it “a welcome return for the band” and that it “sees them exploring folk-inflected progressive rock that manages to be serene and pastoral one moment, and thunderous the next. It makes The Bronte Pin quite an involving listen, and one you’re likely to dissect for weeks after first listening.”
Blue Pacific marks Victor’s ninth solo effort. The inception of this emotionally-charged project started nearly a year after his divorce, and, as it turns out, it’s one-part exorcism and one-part an effort to heal and put it all behind him.
“It was a really difficult album to make, some of the basics were recorded three times,” Krummenacher admits. “I went through two other drummers before settling on Michael Urbano. There was a lot of tension this time, and [co-producer] Bruce Kaphan seriously went all out to help make the best album we think we could do.”
Despite the fact this record was a direct result of so much pain, heartache and hurdles, musically it turns out to be one of Krummenacher’s most rewarding efforts of his lengthy career – be it solo, or with his other bands. “There was a LOT of time put into this one,” the musician reveals, “and I don’t know if I can really do much better in as far as writing or recording. Between the emotional context and the difficulty in getting all the aspects of the recording taken care of, it was one of the hardest projects I’ve worked on.”
From beautifully reflective numbers such as “No One Left To Remember, No One Left To Tell,” “Skin & Bones” and “Nowhere Out There On The Line” to the sturdier, high-energy tracks like “The Prettiest Train,” “Some Time Ago,” “Lawrence in the Desert” and the infectious title track, this is an album that satisfies on so many levels. Throughout this sprawling effort, Krummenacher channels a number of the musicians and bands that have influenced him over the years, such as The Stones, The Dead, The E Street Band, Elvis Costello, The Flying Burrito Brothers and, perhaps more than any other, Pete Townshend. In fact, he admits, “There’s actually a lot of reference to Townshend on this album. He was the big hero when I was very young and first getting into music, and I think his expository writing affected me a lot more than I realized growing up.”