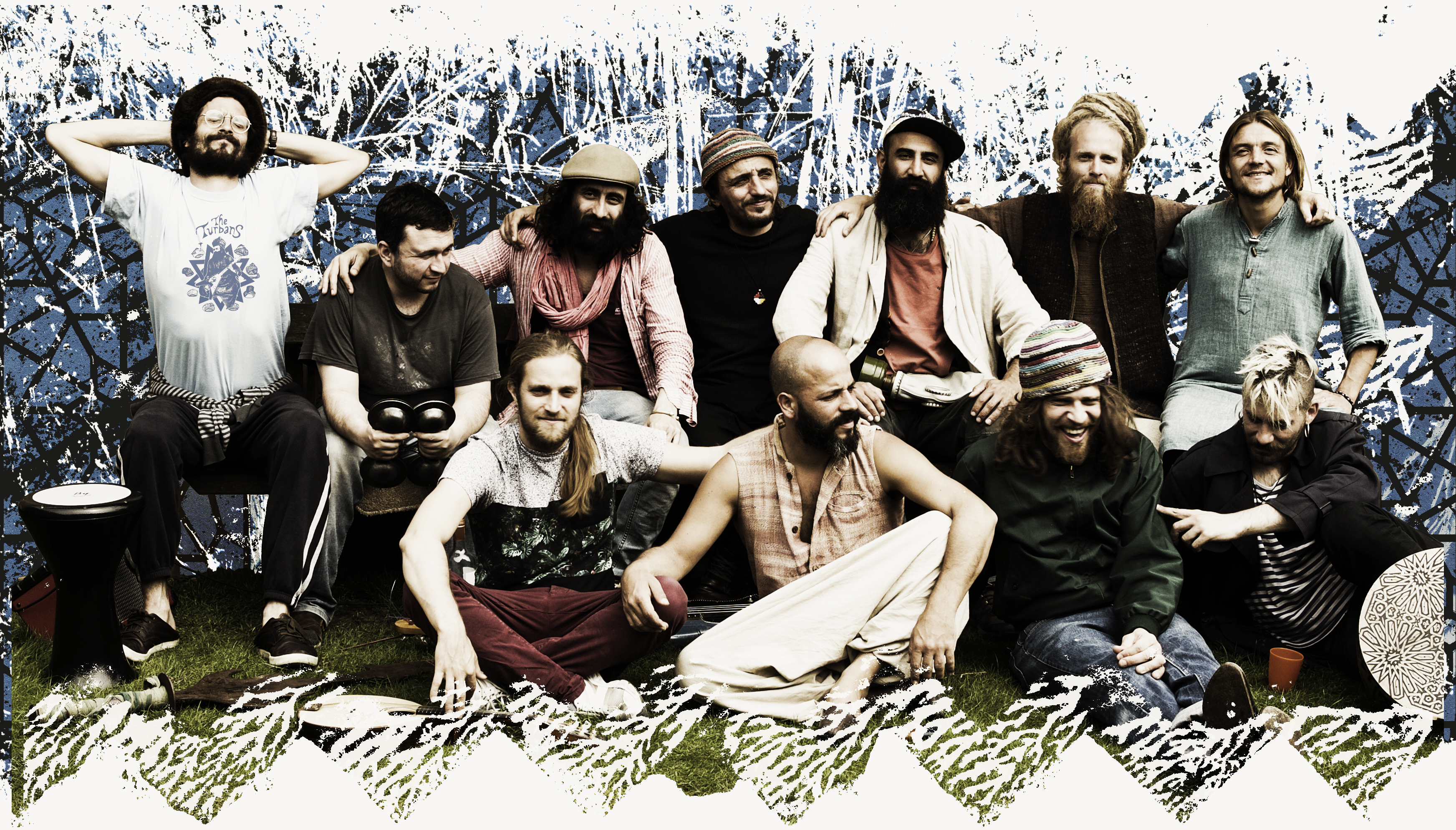 In a politically divided time it’s hard to imagine a band comprised of members from across Europe and the Levant as not being inherently progressive. The Turbans, whose self-titled debut album will be released on March 23 (Six Degrees Records), features musicians with roots in Turkey, Bulgaria, Israel, Iran, Greece, Spain, and England. Yet transmitting a political message was not their initial impulse. It was simply music.

And friendship, as it turns out. Oshan Mahony, the “seventh best guitar player in the band” he says with a laugh—the core group is seven members—met violinist Darius Luke Thompson in Kathmandu. The half-Iranian, half-British nomads immediately hit it off. They began busking throughout India, picking up musicians along their journey.

Seven years later The Turbans delivers to global audiences the same high-energy blend of Balkan, klezmer, Gypsy, and sundry other styles they’ve been bringing to venues around the world for years—India, Hong Kong, the Middle East, and all throughout Europe and North America. While the band has pulled from numerous folk traditions for live shows, recording required a new mindset.

“For this album we all went together to the farmhouse where I grew up in Northumberland,” says Mahony, whose parents bought a previously abandoned five-hundred-year-old property on the border of Scotland and England and turned it into a community arts center. “We all contributed about thirty songs. Some were traditional sounding, others were poppy. When you have a classical violinist playing an Indian raga you create something really weird and new.”

The breadth of genres on these eleven songs is astounding, which is why Kurdish percussionist Cabbar Baba called The Turbans “music from manywhere.” This coinage has also come to serve as the band’s reply to where they’re from.

So it was fitting that Jerry Boys would mix this energizing and border-less album. “He likes a raw sound with real energy,” Mahony says, following it up by stating that the master mixer is already prodding the band to begin work on their next album. 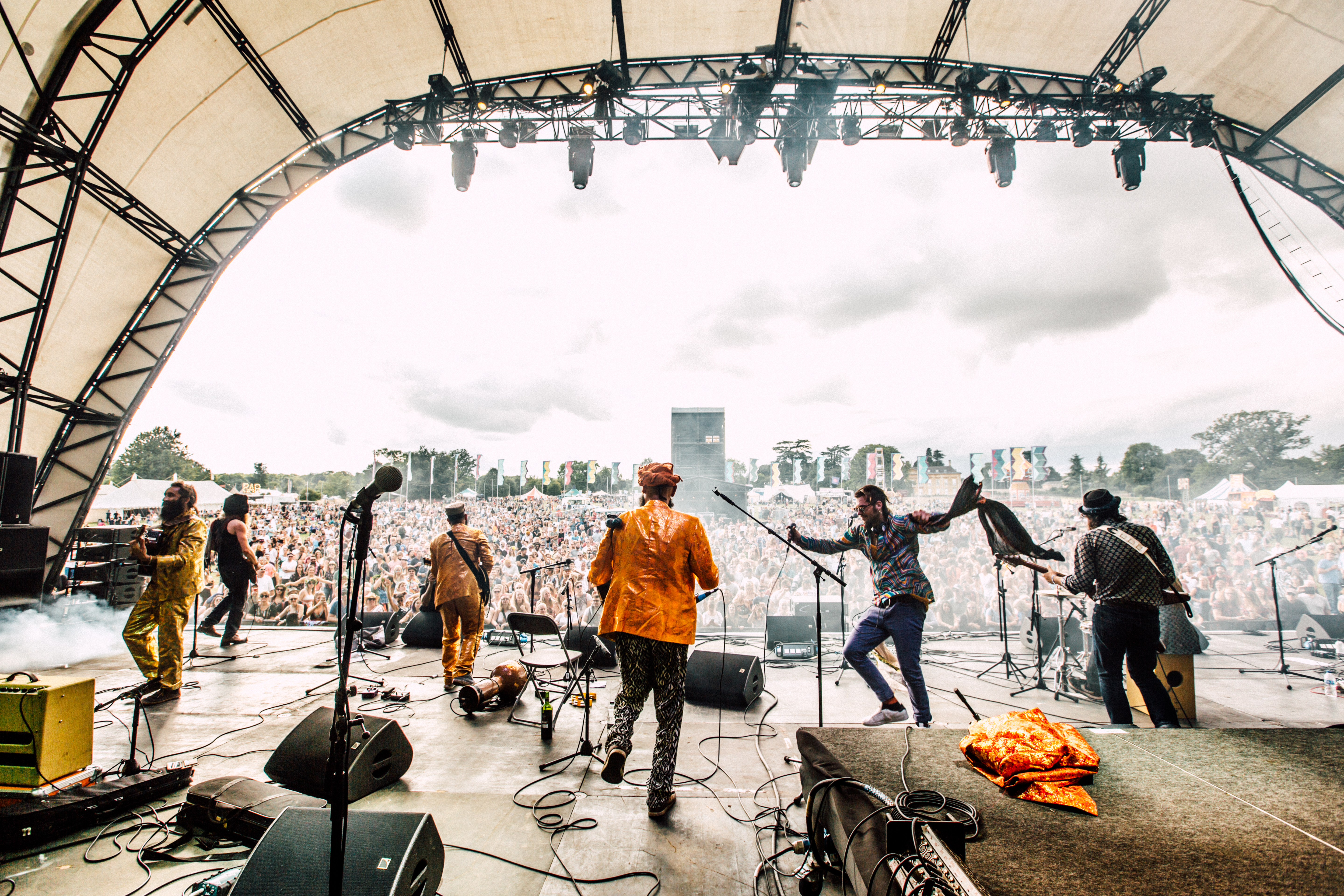 The Turbans is rounded out by vocalist and guitarist Miroslav Morski, a former Bulgarian pop star who previously fronted the band, Django Ze, and has been described as a “musical tornado” with a broad range of musical styles; Greek folk music expert, vocalist Pavlos Mavromatakis; cajon player and classical guitarist Pablo Dominguez, whose father, Chano, is a well-known flamenco pianist in America; Israeli guitarist Moshe Zehavi, who parents are from Turkey and Tunisia; and oud player Maxim Shchedrovitzki, a native of Belarus.

Beyond the core group the band is always playing with other musicians. On their debut this includes the “Gnawa Master of London,” guembri player Simo Lagnawi, as well as the London Bulgarian Choir.

Lagnawi contributes guembri, a Moroccan bass lute, and vocals on the Gnawa track, “Hamouda,” which leads into a North African exploration, “Chubby.” The latter song is based on the Moroccan pop style, Chaabi. It’s a brilliant segue, from ritual trance music into an uplifting, danceable fusion of guitars, percussion, oud, and woodwind.

“Sinko Moy,” which means “my son” in Bulgarian, was written by Morski, who had to leave his family in Bulgaria when moving to London due to visa problems. The time away from his family inspired this song, which is also the name of a forthcoming documentary on Morski’s life, coming out later this year.

Morski also honors his wife on “Samia,” a happier track about the joys of married life. In fact, most of the album reflects the band’s upbeat spirit. “Riders” is about nomadic life—the band spends half the year in Goa, the other half in the UK—as well as “being taken away by music.” “Aman” is a tribute to flamenco that incites “exclamations of happiness,” featuring lyrics in Greek and Spanish. The upbeat “Hackney” honors London’s most diverse borough, which every band member has lived in and serves as an important musical hub in the UK.

Mahony, the glue holding the band together, is in constant awe over the intensity of his bandmates. “Every single person in this band has such a strong fire inside of them,” he says. “I know so many good musicians in this city, and even around the world, who play perfectly, but when they play they don’t release the passion of the music. Everyone in this band has so much fire.”

The band is intent on letting their personalities and skill carry their message forward. While there are many possible meanings behind the band’s name, Mahony states they would only be applied in hindsight. He can’t even remember why Darius Thompson coined the term, though he suspects it might have to do with the fact that Mahony rode around India wearing a giant turban on his bicycle.

Still, that doesn’t imply a bigger message isn’t getting through. The Turbans is a truly global album with no pretensions of being anything other than the collaboration of good friends. They hop boundaries through instruments and melodies, no singular style dominating. Nothing is forced on the entire album. You feel the intimacy and energy of their live show with every note.

“We try to be politically neutral because we have people from all these different countries. The only message we try to put across is that we believe in one world, one people. We want to play for everybody. We want to show that it’s okay to be who you are. We believe in a world without borders, and it seems to be ringing true with people.” 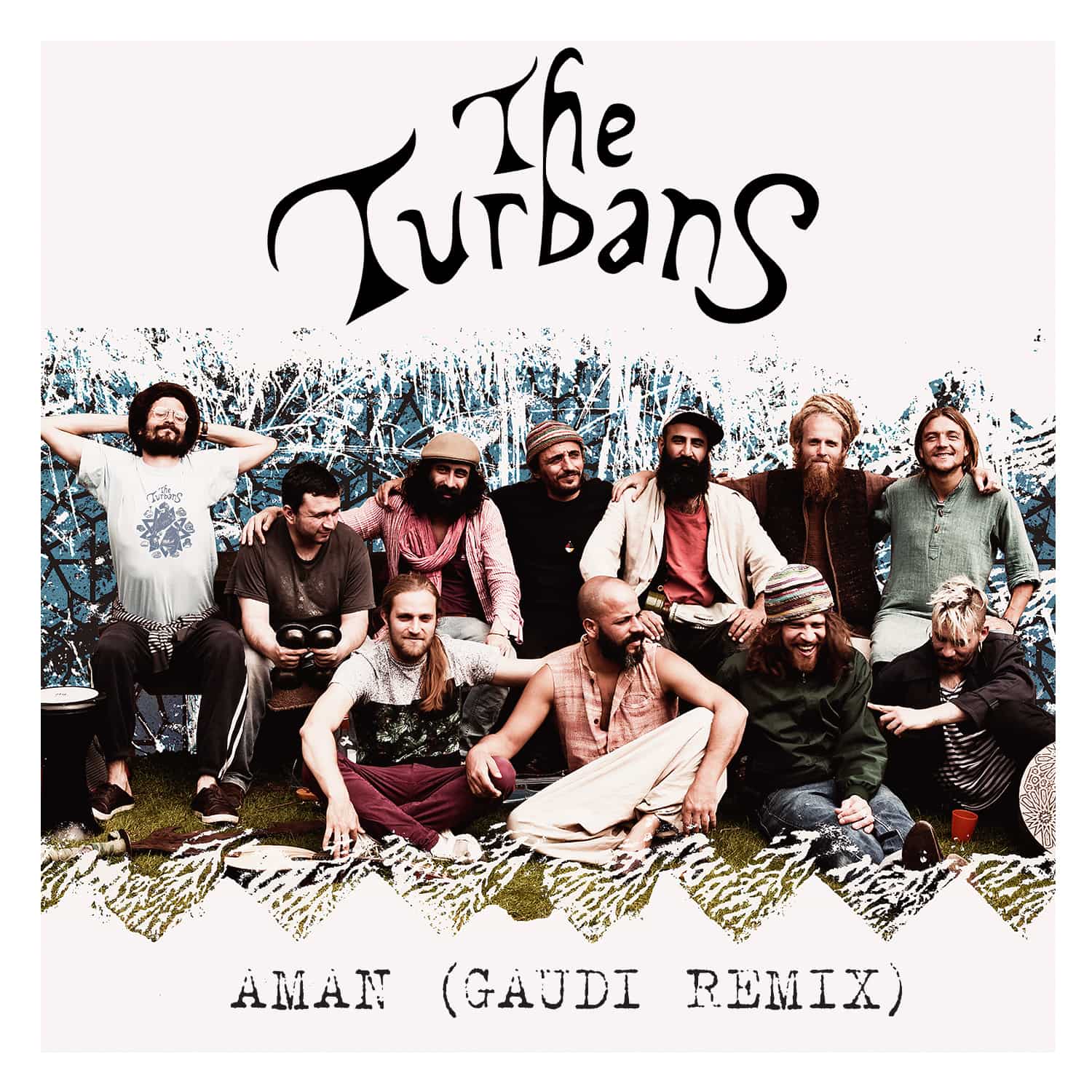 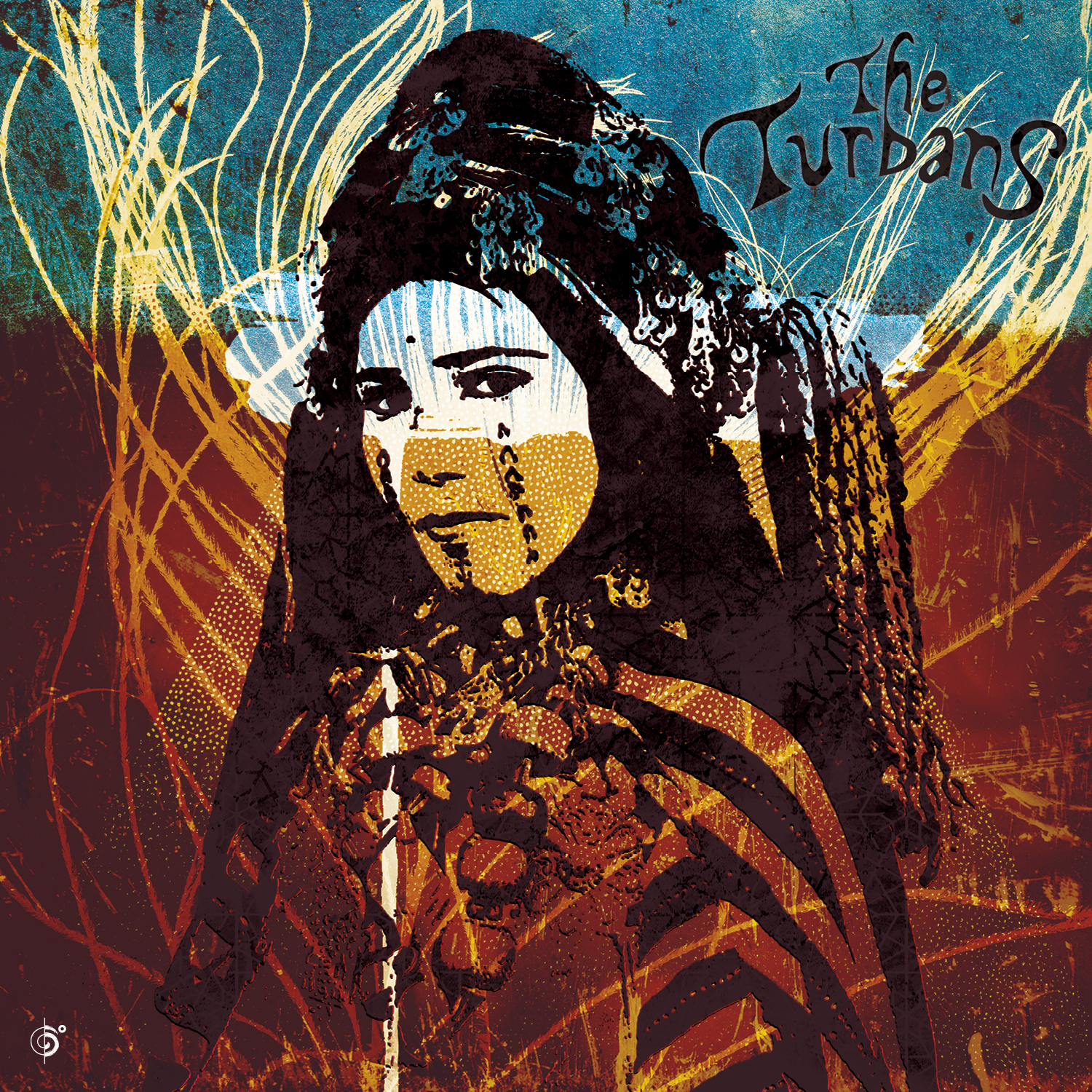