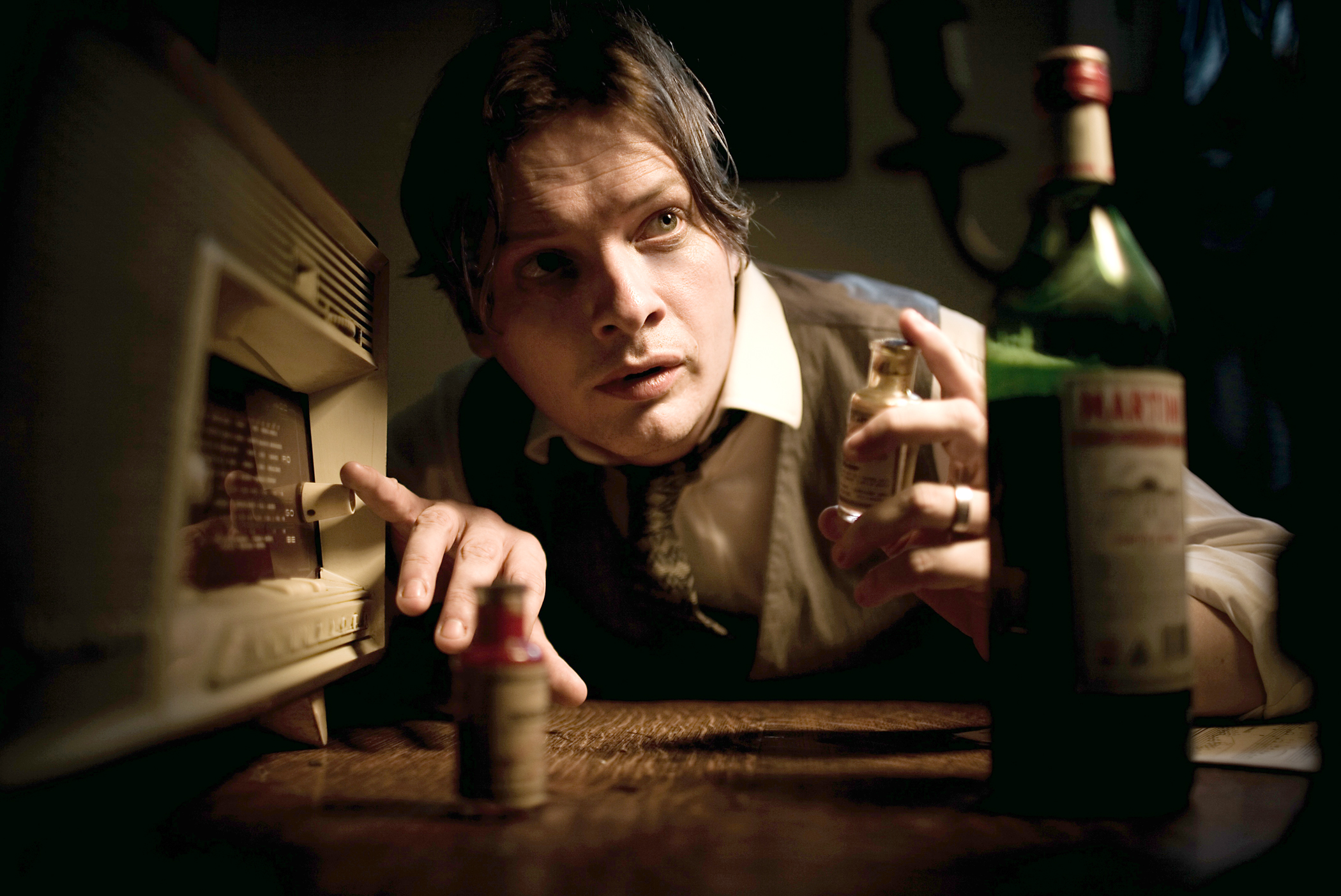 WARNING: Some Thing is stalking the streets of London in the new album The Last Werewolf.  This Thing is not wholly of our time, but seems to be caught between past and present.  It is elegant – literate even, on the surface… but there is an undercurrent of danger and eroticism lurking just beneath.  This Thing is called: The Real Tuesday Weld.

Like the cultured but cursed hero of its new record, the Stephen Coates-led project called The Real Tuesday Weld has had to find its own place in a world that likes the safety of labeling things, immediately and precisely.  But TRTW is a were-band: a sophisticated mid-20th-century ensemble versed in Cole Porter and Django Reinhardt that is also a modern, electronically altered dance/rock band.  Many of Coates’ previous releases have looked back to a time when songwriting meant storytelling.  And his works have generally unfolded over time, taking up entire albums and extending to a stylish and extensive website full of related tales, songs and podcasts.

The narrative for The Last Werewolf comes from Glen Duncan’s novel of the same name.   Coates and Duncan have collaborated before, on the 2003 book and album I, Lucifer.  Duncan’s new novel has been a hot publishing property, the subject of a bidding war and now optioned by film maker Ridley Scott (Blade Runner, Alien, American Gangster).  Like I, Lucifer, both the novel and the album were created at the same time – both book and record are coming out in the States on July 12th.  But it would be a mistake to call TRTW’s new release a soundtrack to the book.

“I intended the album to work as a conventional series of songs – an independent piece in itself,” Coates says.  But he quickly points out that “if you read the book it would take on other layers.”  In fact, like earlier TRTW albums, The Last Werewolf plays like an old radio drama.  Songs that can stand quite easily on their own are woven together by a series of soundtrack-style cues, with dialogue taken from the novel.  And as Coates says, that context can dramatically change the meaning of a song.  “Time of the Month,” for example, could simply be a short piece of Kraftwerk-inspired electronica with wisps of speech.  But that phrase takes on a whole new meaning in the context of lycanthropy.  And the catchy “Tear Us Apart,” a piece of steampunk Britpop with sampled 1930s horns and vocals, is a potential hit single in the long tradition of “love hurts” songs.  But within the story of the werewolf, it has a very specific meaning.

The Last Werewolf gives you just enough evocative audio scenery and dialogue to suggest the story while leaving enough room for the listener. “I love the idea of listeners imagining their own story to weave it all together,” Coates says. “That would be really great.  That is one of the reasons I love some soundtrack albums – a sense of a story hovering above even if you haven’t seen the film.”  Some of the most cinematic moments in The Last Werewolf are brief pieces like the “Lupine Waltz,” an interlude that hints at a genteel English drawing room while disturbing behavior lurks in the shadows.

As for the songs, they cover a wide range that would be typical of no one but Stephen Coates and his “Antique Beat” style.  “I Always Kill the Things I Love” is a deliciously twisted sendup of Noel Coward/Cole Porter songs – right down to the tasty clarinet solo.  “Love Lust Money” rides a strong dance beat and funky horns – celebrating the physicality, the barely-suppressed eroticism of the werewolf.  Alternating between dialogue (“I killed my first victim on the 14th of August, 1842; I was 34 years old.”) and a single-word chorus, the song features the Puppini Sisters doing their best Andrews Sisters impersonation – you can almost hear the matching polka-dot blouses.

The outlier here is probably the opening song, “Wolfman”– a howling, hard-rocking, harmonica-driven stomp full of allusions to the blues.  Guest vocalist Joe Coles’ voice is heavily distorted, and if you start thinking of Howling Wolf’s music, well, that seems to be the point.  A more representative song would be “The Ghosts,” which offers a jarring juxtaposition of old-fashioned waltz with glitchy electronics, but even more between the Edwardian sound of the music and the gruesome lyrics.

Similarly, “The Hunt” recalls the classic Django/Grappelli Hot Club bands of the 30s – except the language is right out of a censor’s nightmare.  The veneer of civilization is ripped off and the fearsome aggression underneath is laid bare.  No radio play for this one, despite some swinging, inviting vocals from Coates and the Puppinis, and some truly convincing solos for violin and guitar.  “Save Me” is a bloody torch song, featuring vocals by Scottish singer/songwriter Pinkie Maclure.  “Her own music is quite experimental but I think she has a great torch song voice,” Coates states.  “She was on my I Lucifer album a few years back and we have done various things since.”

Other highlights of The Last Werewolf include the track “Me and Mr Wolf,” a witty love duet in mid-century style but sung over steady rock’n’roll beat.  Piney Gir, an American musician who lives in London, partners with Coates.  “Come Around” is a genuinely pretty singer/songwriter affair – a respite from the tale; a moment allowed for wistful longing and simple connections.  And as the story progresses, brief snatches of dialogue suggest that perhaps the werewolf tale is not quite as straightforward as we’d initially assumed.

“Let It Come Down” concludes the album with the sounds of classic soul, or a James Bond song, with its lush production (glowing vibes, sinuous clarinet) and creamy Pinkie Maclure vocals.  Finally, spoken voices over the end of the song reveal how the story ends… or doesn’t.   “That should be amplified by the other tracks and pieces and podcasts we will be releasing,” Coates explains.  So apparently, the story continues. You’ve been warned. 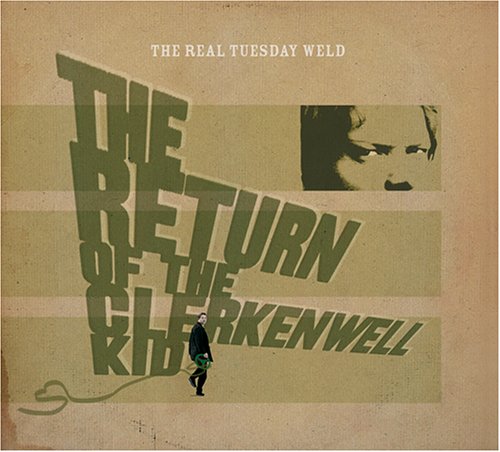 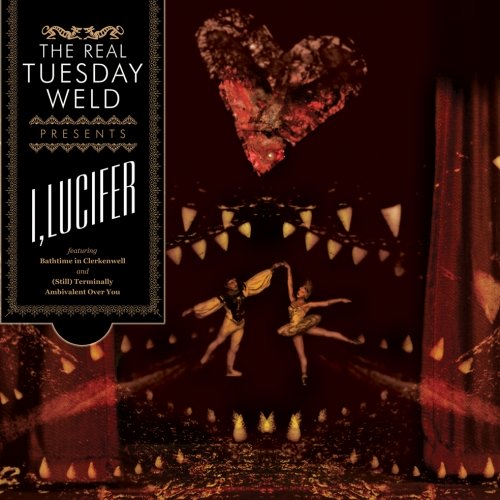