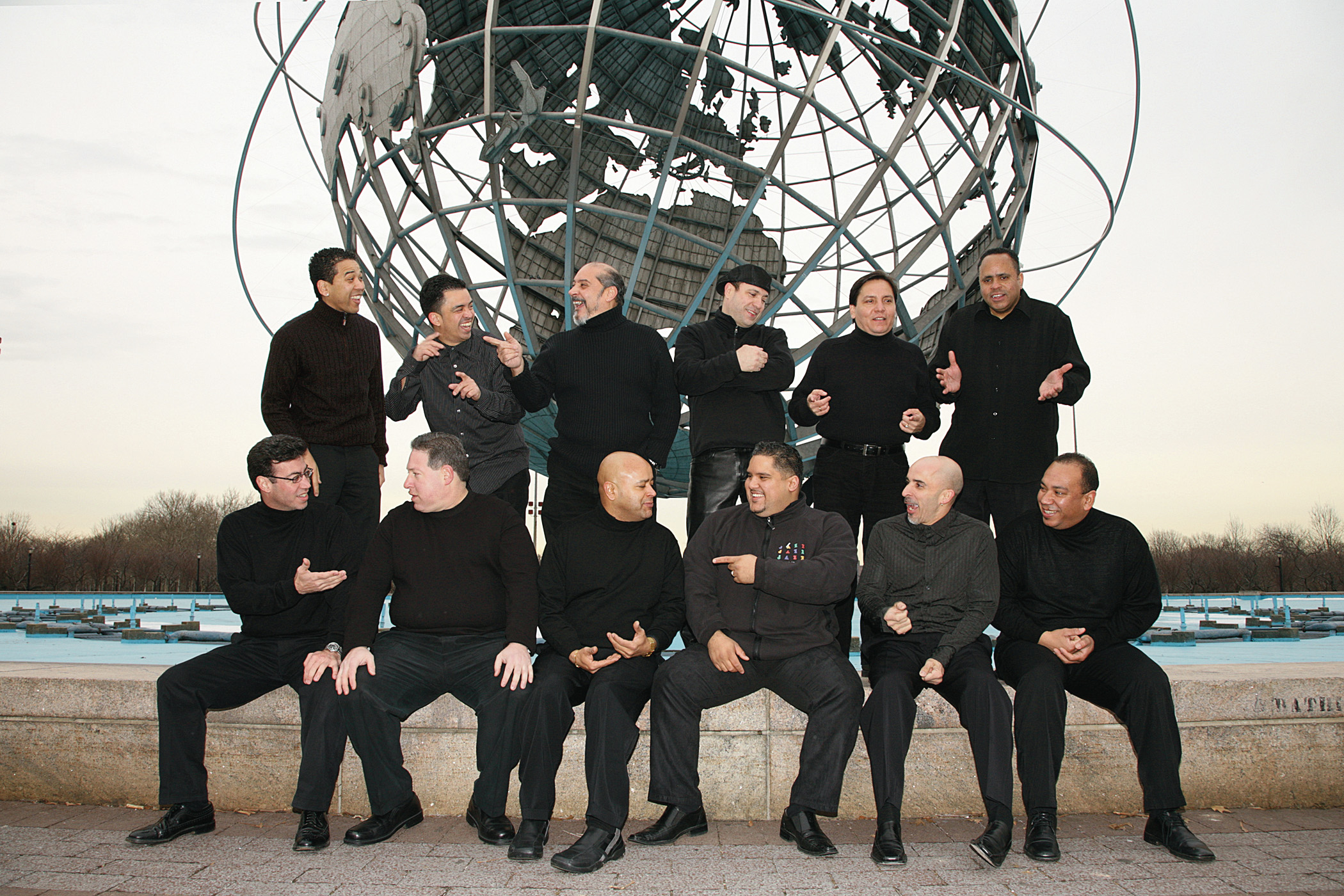 Since their arrival in 2000, Spanish Harlem Orchestra (SHO) has established itself as a standard bearer of contemporary Latin music. Directed by world-renowned pianist, arranger, and producer Oscar Hernández, the thirteen-member all-star ensemble has reintroduced the classic sounds of New York City Salsa to music lovers worldwide. United We Swing, SHO’s third album, is a stunning follow-up to their 2004 Grammy award-winning album Across 110th St., and their 2002 Grammy nominated debut, Un Gran Día En El Barrio.

On United We Swing, Spanish Harlem Orchestra continues in the same classic-meets-contemporary sound, but with refreshing originality. Nine of the songs are original compositions grounded in the unique identity the band has forged based on the musical legacy of El Barrio, a pulsating Eastside community in NYC located to the south of 125th St that gave rise to Boogaloo, Latin Soul, and Salsa.

“Our music style is the original sound of New York old school “Salsa dura” (heavy salsa) that was played in the early years by our pioneers,” says Oscar. “That sound has been lost and we want to keep it alive while educating the new generations (and music lovers in general) on the true musical roots of our culture.” Oscar adds, “we’ve brought back the essence of what makes this music great and are keeping the salsa spirit alive in our recordings and shows.”

From the opening horns of “SHO Intro,” you know you’re in for an aural party. The song is upbeat and features Oscar introducing the members of the band and opening the show. “Llegó La Orquesta” (The Orchestra Has Arrived) was co-written by Oscar and Gil Lopez. It sets up a ballroom scene that will have listeners jumping out from their seats to dance.

“I have a lot of colleagues who helped me on this album and who I feel have their finger on the pulse of what this music should be. The arrangers include Sonny Bravo, Gil Lopez, Angel Fernandez, Jose Febles and myself,” says Oscar.

SHO pays tribute to the legacy of Manhattans Palladium Ballroom, “the home of the mambo,” with “En El Tiempo Del Palladium” (In The Times of The Palladium), that catered to Mambo dancers and featured the bands of the BIG-3: Tito Puente, Tito Rodriguez and Machito. Tipica 73 icon, Sonny Bravo, arranged the Willie Tórres tune, “Se Forma La Rumba” (The Rumba Has Begun). Oscar advises “Sácala Bailar” (Take Her Dancing) and leads into the classic 1970s Fania-era hit, “Ahora Sí” (Now’s The Time).

The rest of the album will satisfy Salsa lovers with “Que Bonito” (How Lovely) and “Salsa Pa’l Bailador” (Salsa For Dancers). The Joe Cuba cha-cha-cha, “Mujer Divina” (Divine Lady), is done in doo-wop three-part vocal harmony. “Soy Candela” (I Am Fire) keeps the pace burning and segues into a smoking “Plena Con Sabor” (Tasty Plena). “Danzón For My Father” is a piece originally recorded by Dave Valentin that Oscar composed as a tribute to his dad, Emilio Hernández. 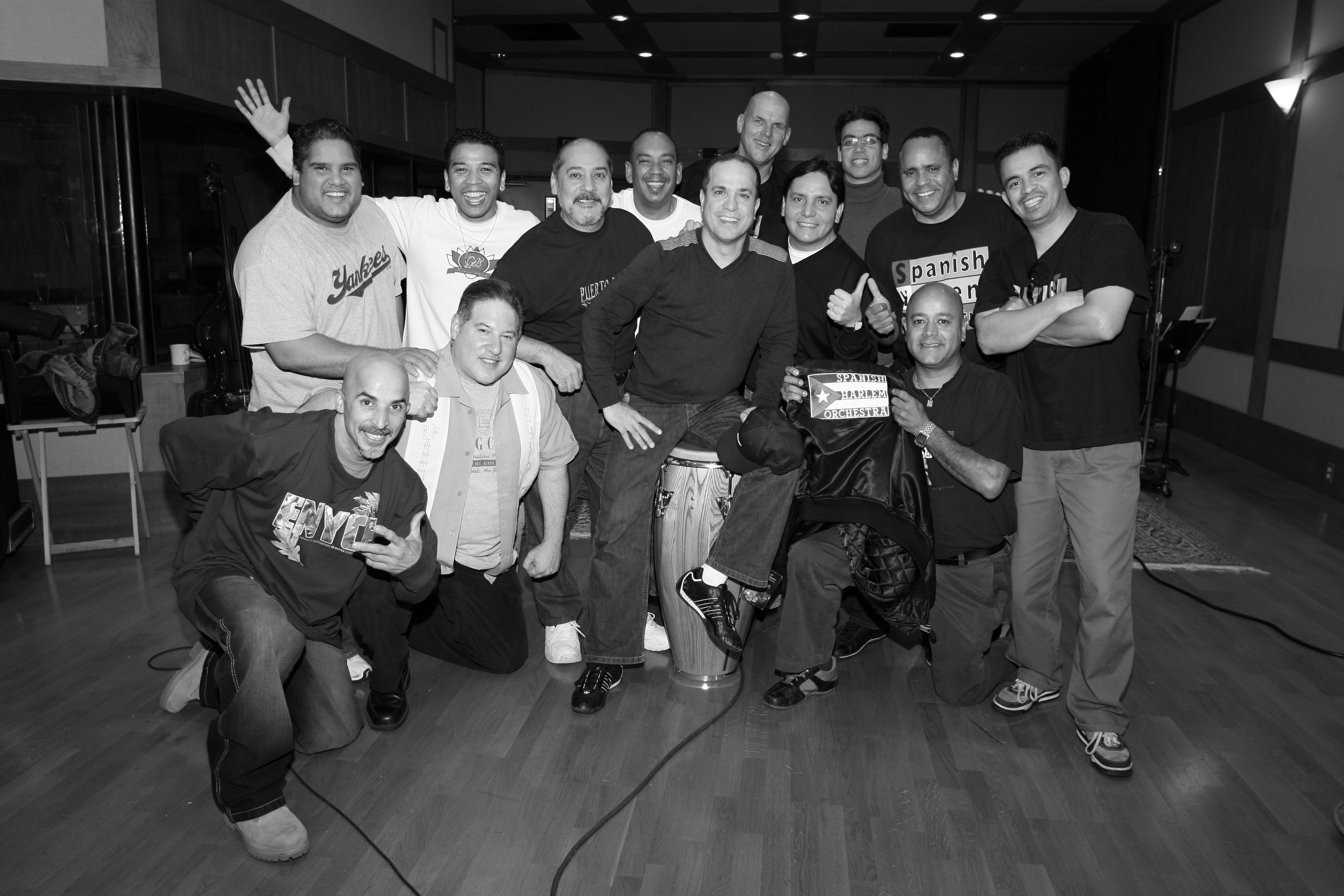 Saving a surprise for the finale is always a great way to end a party and Oscar Hernández and SHO certainly do that with special guest Paul Simon. “Late In The Evening/Tarde En La Noche” is a reconfiguration of a Simon Top Ten hit from his 1980 One-Trick Pony album. Hernández, who collaborated with Simon on his Broadway musical, “Cape Man,” arranged the piece with Simon singing the classic refrains.

“I was talking to Paul and asked him if he would want to be a guest on our album. No sooner had the words come out of my mouth and he said, ‘I’d love to. What are you thinking about?’ I was floored and completely honored. Paul Simon doesn’t just record with anybody.”

“The first verse that he sings accapella is distinctively different. He told me to leave it like that because he didn’t want it to sound like the original. It’s more like a dream years later. The combination is really cool. I was going to do it with the original horn lines but in this case I took it to the realm of what we are all about.”

On their 2004 follow-up, Across 110th St., the Spanish Harlem Orchestra was augmented by the roaring trombones of Jimmy Bosch and Dan Reagan, singers Marco Bermudez, Willie Torres, Ray De La Paz and special guest Ruben Blades, who Hernández worked for in the 1990s as his musical director. It was slamming and garnered the group its first Grammy Award in 2005 for “Best Salsa Album.”

Today, United We Swing, places Spanish Harlem Orchestra among Latin music’s greatest bands by paying due to a neighborhood romanticized in Leonard Bernstein’s “Westside Story” and Ben E. King’s, “A Rose in Spanish Harlem.” El Barrio is a hard urban incubator as described in Piri Thomas’ book, “Down These Mean Streets,” that in the midst of social despair has given the world unique Caribbean musical mixtures.

“I’m from the Bronx,” concludes Oscar, “but if you’re a Latino in NYC you always have a connection to Spanish Harlem. It’s a place where a lot of stuff has happened that for me is kind of a microcosm for Latin New York. As a community it is an important part of the fabric that makes up the city, and we’re compelled to share the power of the music and culture with the world.” 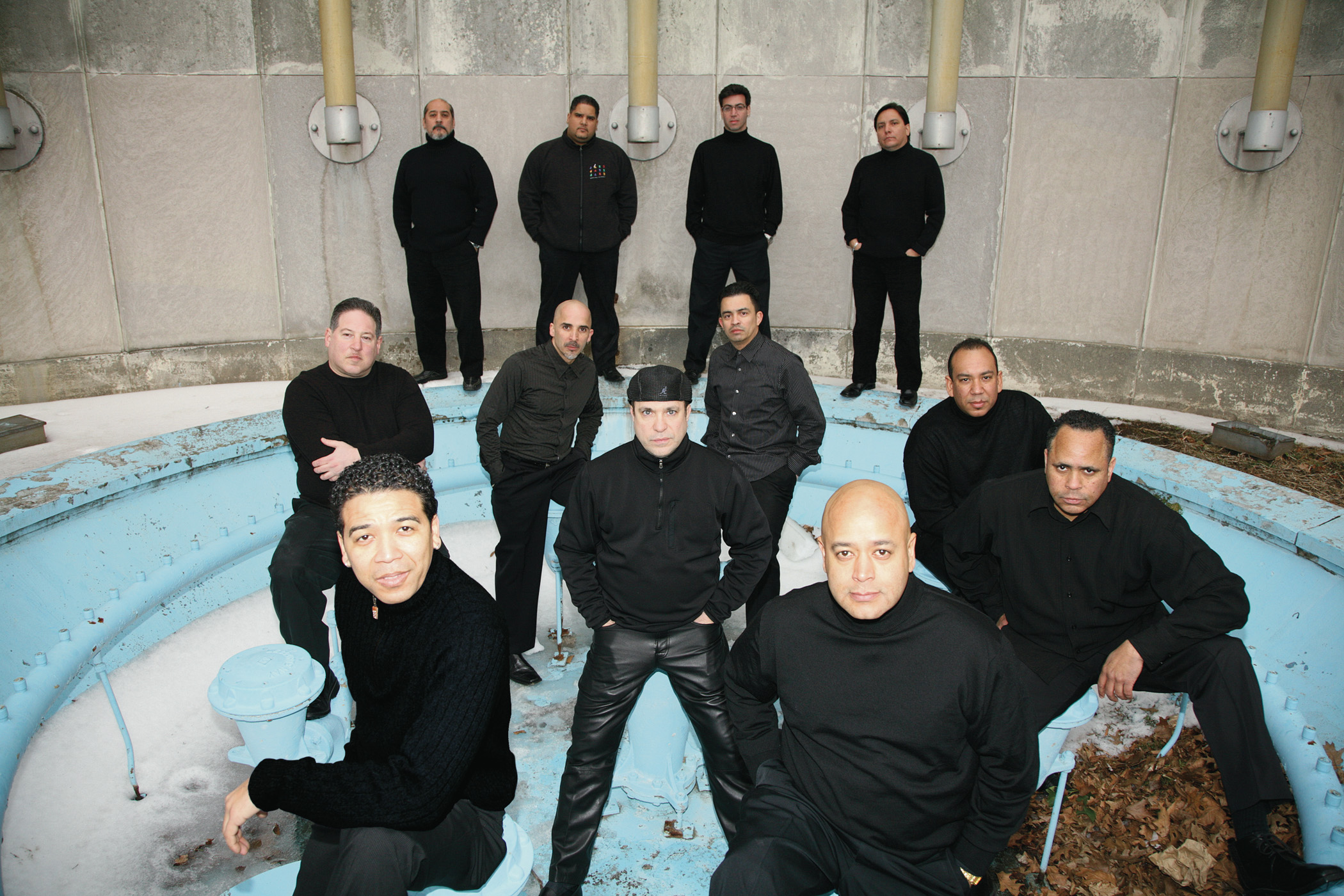