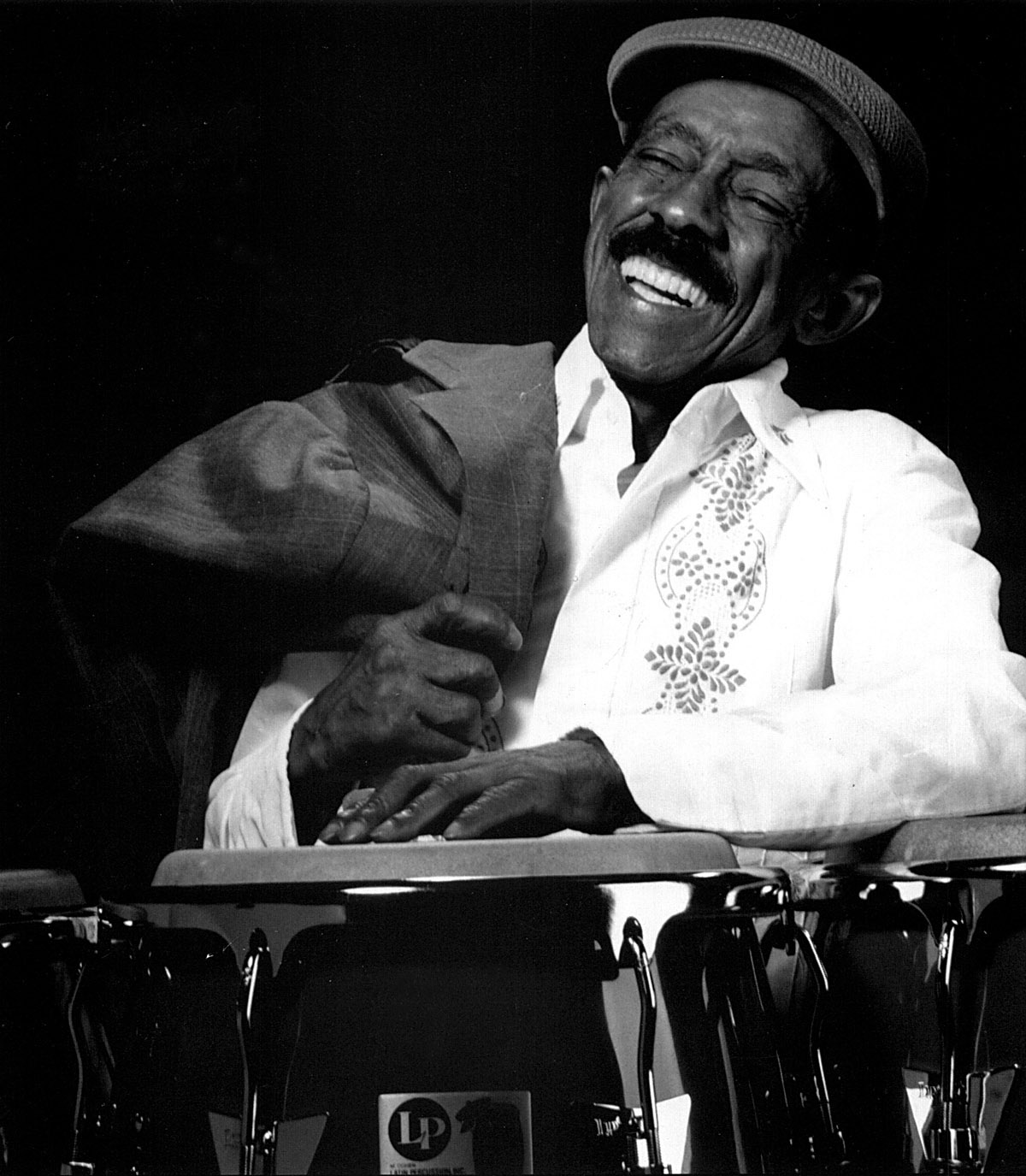 Thanks to the popularity of the Buena Vista Social Club on records and on film, Cuban music is enjoying a renaissance in the United States. Patato: The Legend of Cuban Percussion offers a 21st century audience the chance to meet one of the musicians who first made Cuban music such an important part of the American music scene in the mid-20th century.

Carlos “Patato” Valdes is considered one of the greatest conga players ever to tap the skins. He played with most of the great figures in the Latin Jazz movement of the 1950s, including a lengthy stint with Herbie Mann’s groundbreaking septet and multiple recordings with Tito Puente. Like Niccolo Paganini with the violin or Jimi Hendrix with the electric guitar, Patato revolutionized the way people hear his instrument.

Patato invented a more easily tuned conga that became the standard for Latin Percussion, the most famous conga manufacturer. His nimble fingers and melodic approach to the conga made the drum sing in the days when he was playing with Arsenio Rodriguez in New York, helping to blaze the trail that led to the musical style known as salsa. This album features recordings made in the 1990s with some of Patato’s many musical godchildren.

Born to a musical family in Havana in 1926, Patato grew up playing the Cuban guitar known as tres, as well as the African thumb piano and numerous other instruments. By the time he was a teenager, he was already considered one of the hottest conga players in Cuba, and at a time when American high society regularly vacationed in Havana, Patato became one of the featured players in the country’s famed Conjunto Casino.

He also played with Chano Pozo, who helped create the Latin jazz movement with Dizzy Gillespie, and with Mongo Santamaria. Like them, he immigrated to the United States to take advantage of the burgeoning jazz scene, and lived in New York since 1954. There, he immediately found himself in demand. First hired by Tito Puente, Patato went on to play with the great Machito and Kenny Dorham. Then he hooked up with Herbie Mann, in a musical partnership that would last nearly a decade.

“A wild personality and a funny cat, he’s exciting and pixie-ish at the same time,” Mann was quoted as saying on the 1965 Atlantic release Standing Ovation At Newport. And indeed Patato made a name for himself as a character as well as a musician. Whether jumping on top of his congas barefoot or appearing on television (including “The Bill Cosby Show”), Patato’s image was that of a man who knew how to have a good time – and didn’t mind sharing that knowledge. In fact, Patato’s most famous moment was probably his appearance in the 1956 film And God Created Woman where he gives Brigitte Bardot an onscreen mambo lesson.

After leaving Herbie Mann in the mid 1960s, Patato teamed up with the singer Totíco, a boyhood friend from Havana, on the 1967 Verve album Patato y Totíco, This record documented the vitality of an increasingly important rumba scene that was emerging in NYC and included such giants as Israel “Cachao” Lopez on bass and Arsenio Rodriguez on tres.

In the following years, Patato recorded and toured with virtually all of the world’s leading Latin Jazz artists, including Cachao and Machito. In 1995, he recorded the first of two albums in the series Ritmo y Candela, with the second volume coming a year later. Both albums received Grammy nominations in the newly appointed Latin Jazz category.

Patato: The Legend of Cuban Percussion is compiled from those two recordings, and even on a record with several world-class drummers, there’s no mistaking Patato’s playing. The congas leap out of the music, chattering and throbbing, and propelling the band through a dizzying series of musical changes bursting with musical surprises. The sounds of American swing, jazz, and West African music echo through songs like “Señor Blues/Mbuka Enoka.” And you can practically hear Patato’s infectious grin in the song “Yo Tengo Ritmo” – a rollicking Cuban-style arrangement of Gershwin’s “I Got Rhythm.”

Young Cuban jazz stars like Omar Sosa, Yosvany Terry, and Ivan “Melon” Gonsalez join in the fun. Their collaboration with Carlos “Patato” Valdes, widely considered to be a true cultural icon, represents the continuation of one of the great legacies of Latin music. Produced by Greg Landau, Patato:The Legend of Cuban Percussion sees one of the most important Cuban musicians of the past half century passing the torch to a new generation of talents. 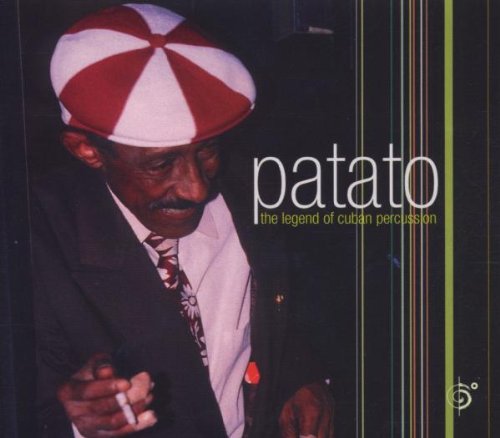