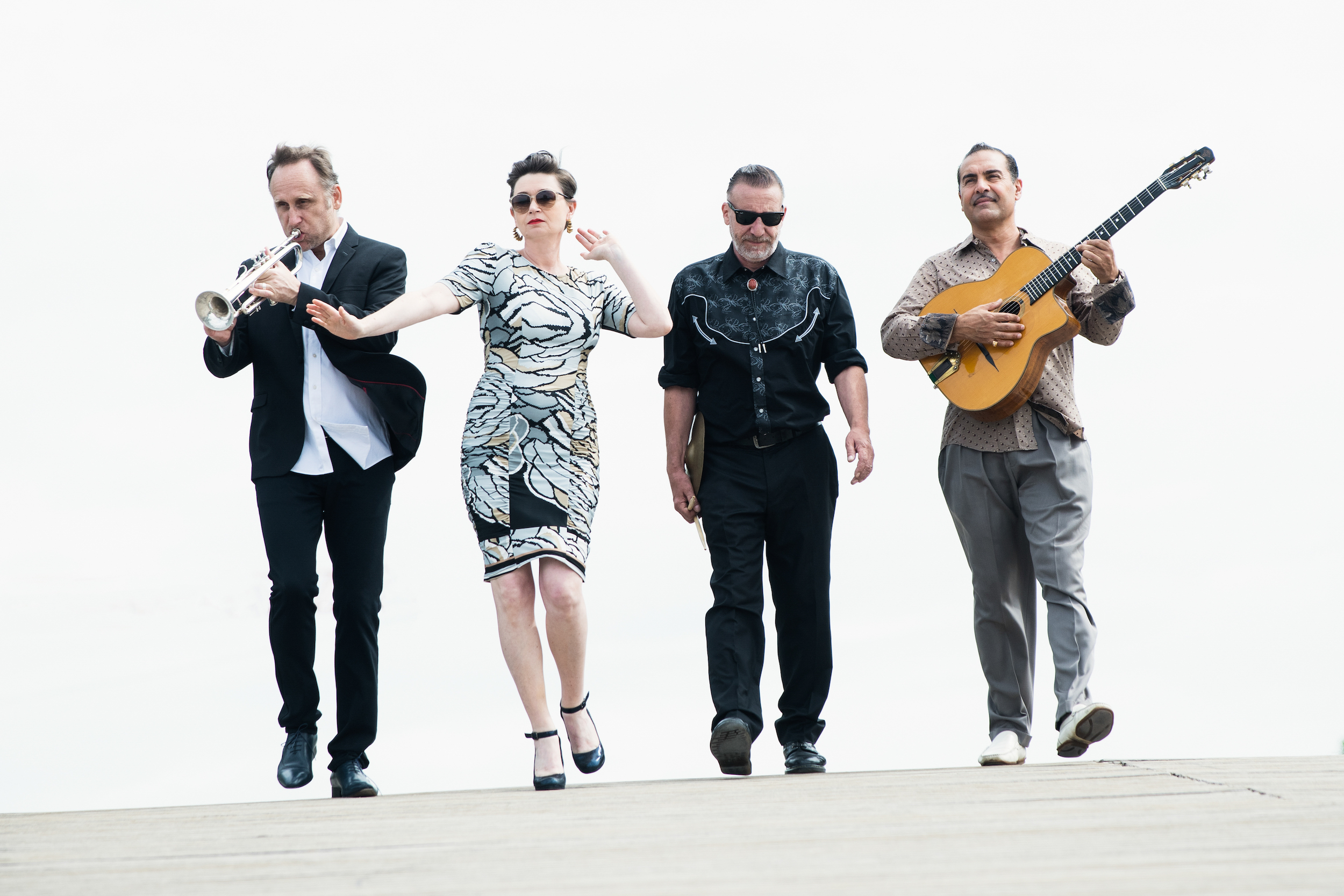 Paris Combo, the French quintet Variety describes as possessing “a seemingly endless supply of catchy hooks and imaginative lyrics,” is back with a new album, Quesaco? The full-length release is their seventh studio album, but also the last recorded with the group’s late singer/songwriter Belle du Berry, who died suddenly on August 11, 2020, aged just 54, following a brief battle with cancer.

Hailed by Billboard as “a vocalist/accordionist and lyricist extraordinaire,” Belle was the beating heart of the group and her passing was a tragic loss for all those touched by her charismatic presence as a performer and songwriter during a career spanning 30 years and over 100 songs. She had been the unforgettable voice of the band’s elegantly intoxicating and joyful take on the world, her quirky, wise, and often humorous songs providing a welcome antidote to the stresses and strains of everyday life. For the legions of mourning fans worldwide, who until now had been resigned to consoling themselves with the band’s nevertheless impressive back catalog of eight albums, an unexpected and exciting parting gift has arrived in the form of the new release. Completed just before Belle died, Quesaco? is now being released worldwide on May 6 on the U.S. label Six Degrees Records.

Twenty-five years have passed since the band was founded, but it’s clear from listening to the 11 songs on the new album that Paris Combo have lost none of their magic. Quintessentially Parisian, yet timeless and international with a deceptively light touch, their music weaves together elements of Django Reinhardt-inspired gypsy jazz and Latin music, as well as exotic and cinematic influences, and is a testament to the group’s long journey together.

Four years after their last album Tako Tsubo, Belle and the group’s core members, David Lewis on piano and trumpet, Potzi on guitar, and François Jeannin on drums, are joined by Benoît Dunoyer de Segonzac on bass and Rémy Kaprielan on percussion and vocals. Right from the outset we recognize Belle’s whimsical take on life in the title she chose for the new album — Quesaco?, an ancient Provençal expression, which might be translated as “What is all this?,” or  “What’s happening?” and which lends a charming, old-world nuance to her questions about the mystery of existence.

Despite its seemingly prescient references to confinement and the current state of the world, in fact, this album has nothing to do with the lockdown or the pandemic, or our present anxieties. The album is “Covid-free,” written entirely before all that. Work began on it in 2019, with Nicolas Repac — the artist and producer who had already worked with Paris Combo on their Remixedalbum the previous year. He collaborated on two songs, “Quesaco?” and “Panic à bord,” and these became sonic templates for the album as a whole — a rich and free sound, with perhaps more tension than on previous albums. In the end, the album, produced by David Lewis, is a seamless combination of live studio performances, with some tracks assembled from recordings at the group’s studio in Paris. 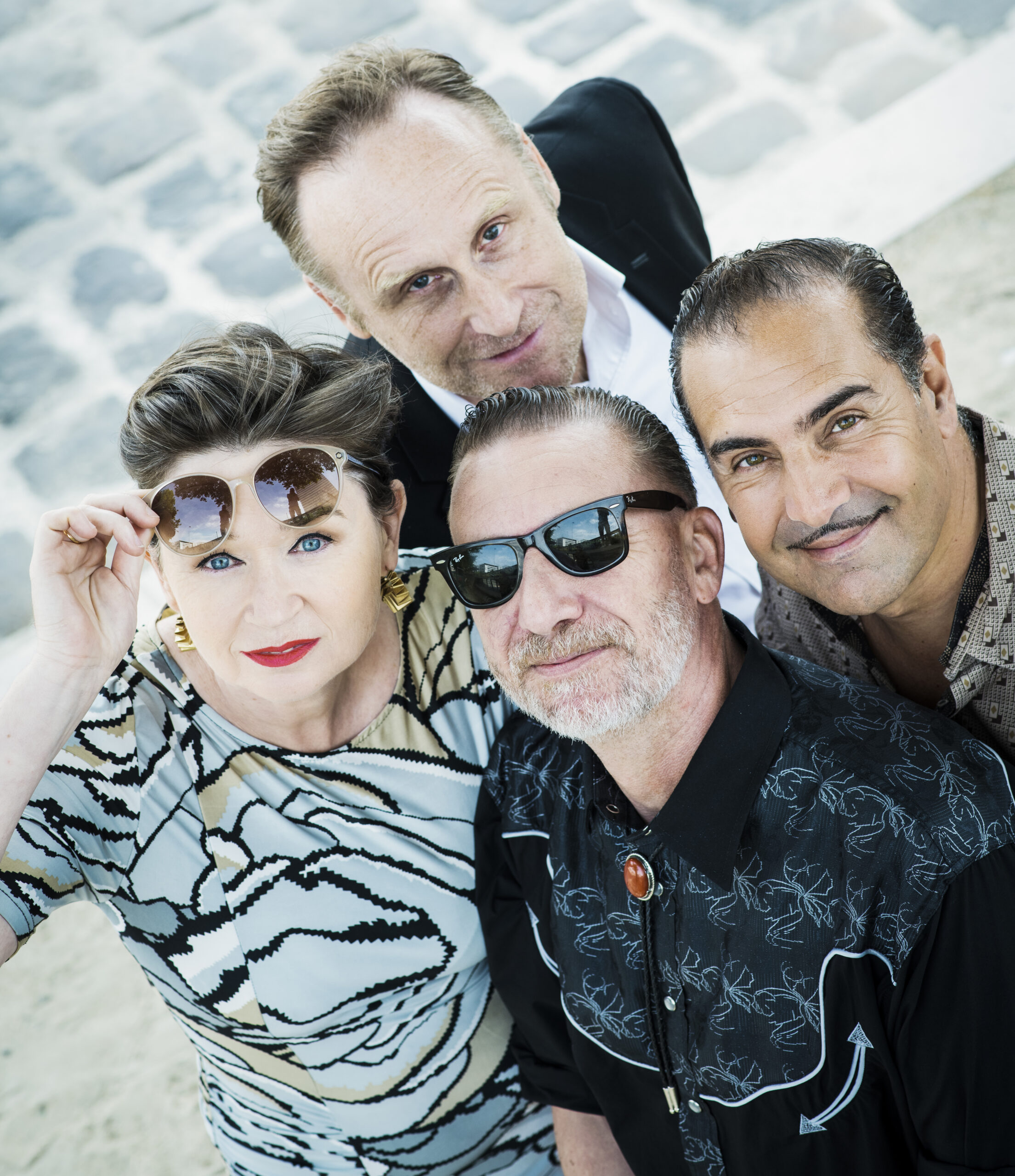 Paris Combo had a U.S. tour booked for March 2020, but with France at a standstill, this period was instead spent recording final takes in the basement of Belle and David’s home, just south of Paris, with trumpet, ’cello, and Belle’s vocals completing the album. All that remained was to sort through the takes, finalize the arrangements, choose between the finely nuanced vocal performances and then meticulously assemble the whole.

Then, in the early summer, Belle received her cancer diagnosis. Courageous to the last, she chose the running order of the songs and listened to the final mix. She loved it.

Her sudden illness took her from us far too soon but it did allow her just enough time to know she had succeeded. Quesaco? was the album she had wanted to make.

Following the release of Quesaco?, concerts will be held in Paris, at the New Morning, and in Belle’s native Berry region, bringing together fellow artists, friends, and fans to pay homage to her remarkable career as a singer, poet, and composer.