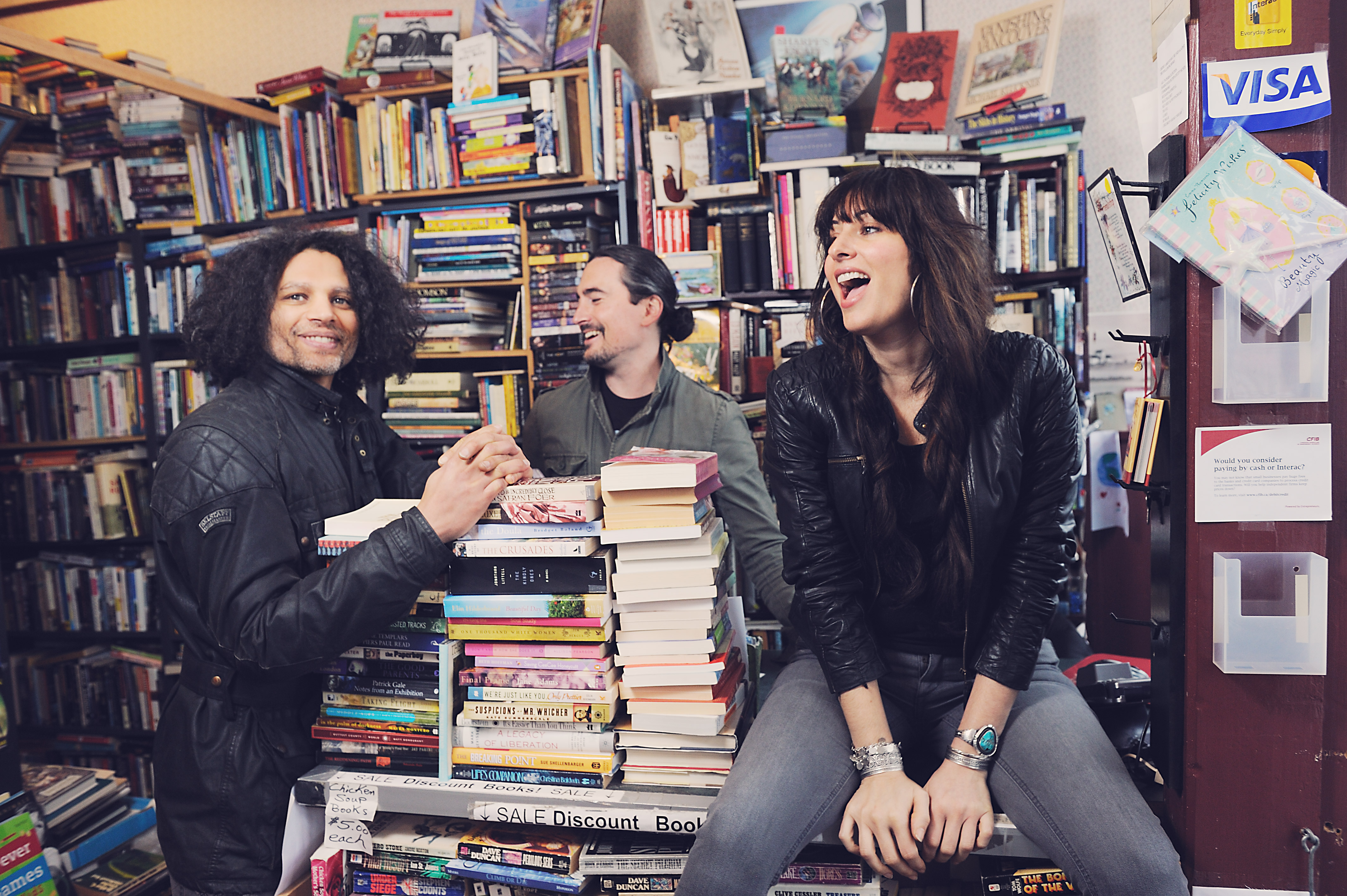 Timing is everything. When you’re in no hurry, with no expectations or outside pressure, the process of creation seems natural. This was the case in the making of global fusion outfit Pacifika’s third album, Amor Planeta. The Vancouver-based trio of vocalist Silvana Kane, guitarist Adam Popowitz and bassist Toby Peter has never sounded more at home with the world.

“This record is much like the title of the album, which means Love Planet,” says Kane, a native Peruvian. “It’s love in its various forms: love of nature, love of another, love that is lost, love that is eternal—basically all that makes us what we are as humans.”

Entering the studio with a new frame of mind following the success of 2008’s Asuncion and 2010’s Supermagique, as well as Kane’s 2012 solo album, La Jardinera, Pacifika tried out a new process of songwriting and recording. “In the past the three of us would sit together and jam ideas,” says Peter. “This time Adam and I built a track, then Silvana would come in and vibe off of it.”

The addition of trumpet player Malcolm Aiken as well as a more organic approach to recording—less electronica, more live performance—kept things fresh for the band. Whereas before the songs would often be built around Kane’s poetic lyricism, Amor Planeta offers lush textures and guitar-driven ambient soundscapes, not to mention a harder edge on tracks like ‘Panamericana’ and ‘Las Bellezas.’

“I wanted to bring in heavier guitar sounds,” says Canadian native Popowitz. “There’s more lead guitar work, more crunchy guitar tones. ‘Panamericana’ features a Jimmy Page-esque riff running through the song. Because we had the luxury and freedom of having no time constraints, it gave us the chance to develop songs in a new direction.”

Fans will still recognize the heartfelt prose in every Kane vocal, as well as the open-minded global intent in the instrumentation. Dub reggae remains a key component for the Barbados-bred Peter, who grew up on a diet of Sly & Robbie bass lines, as illustrated on the album’s lead single, ‘Yo Te Amo,’ and ‘So Much Here.’

“‘Yo Te Amo’ is a confident love declaration—expressing outwardly that you really care about somebody,” says Kane. “While ‘So Much Here’ is about enjoying the present and celebrating what we have in world that is busy and hectic. As a group we’re interested in making music an experience for people that’s filled with positive energy. Hopefully after they’ve listened to our record they’ve increased their capacity for joy.” 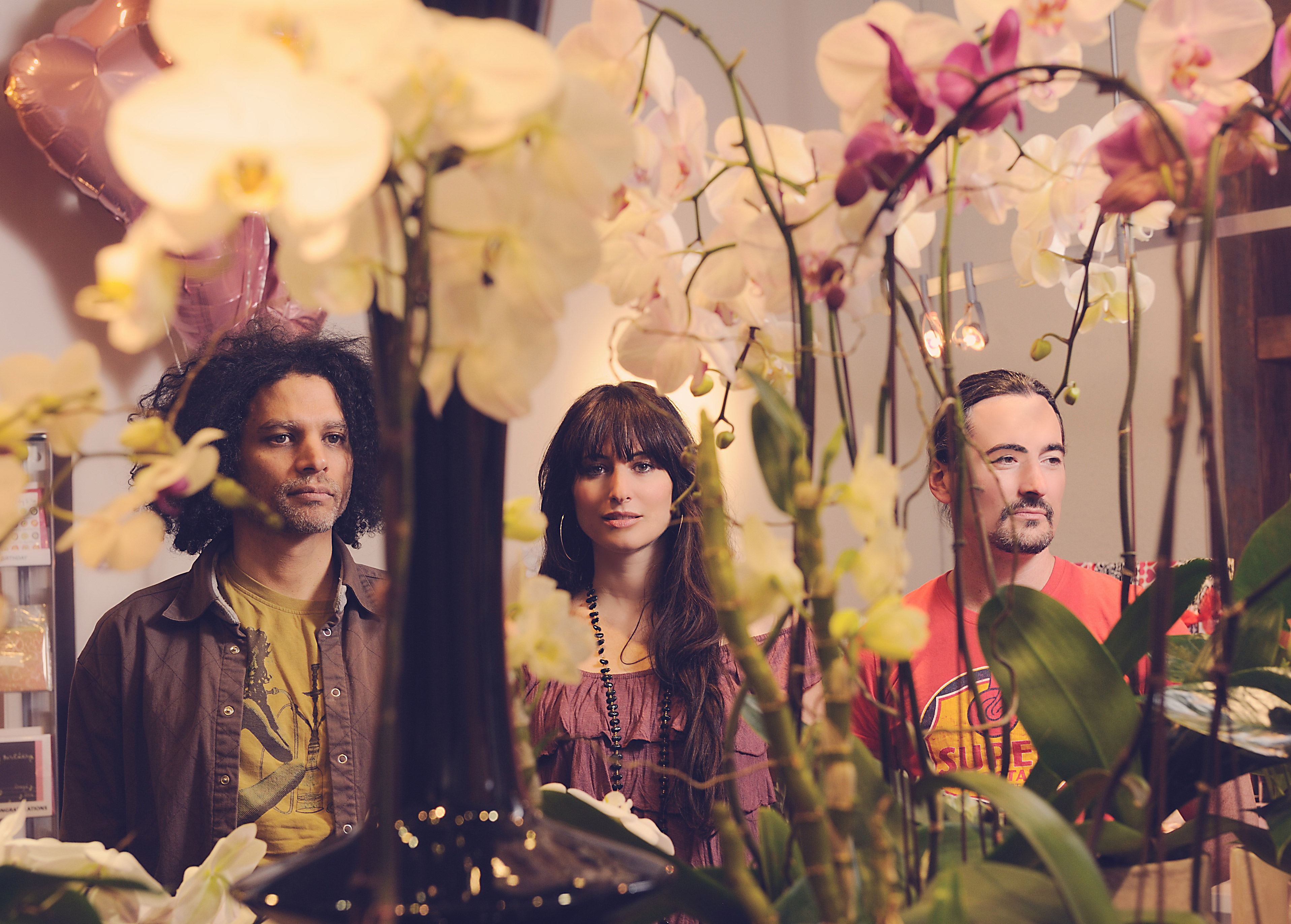 Another Pacifika sonic staple shines through on the bossa nova-inspired ‘Satélites.’ The refreshing Brazilian edge, featuring percussion by Richard Brown and Elliot Polsky (contributing drums on this one track), is indicative of Kane’s inspired and uplifting songwriting. As she sings, translated from Spanish:

“‘Satélites’ is a fun song,” says Kane. “We made sure there were grooves that we get off on. Playing with a trumpet player was really fun for me as a vocalist, as the trumpet and voice fill the same space in a track. It allowed for a different scope in a higher register, which was great

From the airy acrobatics of South American beach music to the British New Wave edge of Popowitz’s upbringing, ‘Las Bellezas’ begins minimally, with crawling percussion and spacious guitar tones, before exploding into a powerful electronic funk tribute. Having grown up a fan of the Smiths and the Police, he turned to Johnny Marr and Andy Summers when learning six-string at age 12.

As Popowitz explains, “I turn the guitar into a synthesizer and create more ambient sounds, which suits the band better. We’re not terribly traditional with anything.” The guitarist is equally at home on the sparsely beautiful ‘Sueños,’ which translates, fittingly, as ‘Dreams.’

“That song is a rural dreamscape about a woman on her wedding day,” Kane says. “She is asking the moon to watch over her in her dreams. It goes on to talk about a shepherd with twisted hands who lives in the sky who uses the stars to guide him; then to a sad memory of a woman who once was loved and lost in a man’s life. In his pockets he carries peace and energy; he also asks the moon to watch over him in his dreams.”

Perhaps that is the key to understanding Pacifika’s music: three friends living out their dreams on one stage. In a society that seems to be getting speedier by the day, the relaxed environment created by this trio’s songs offers a robust antidote to the hectic nature of daily life. Charming and charmed, we’d all be better suited on a planet as full of love as this one. 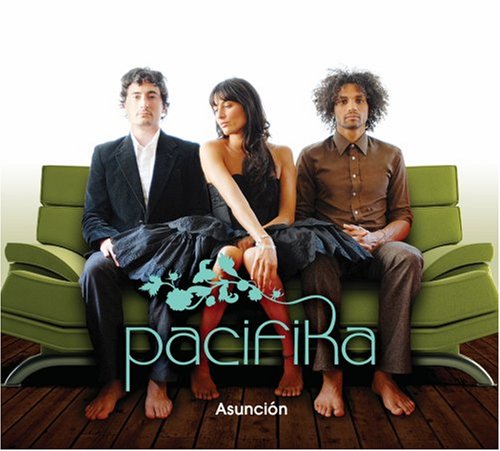 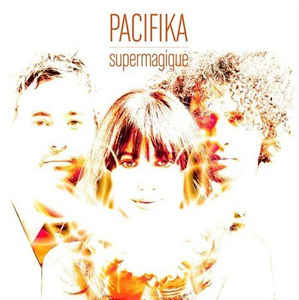