Ojos de Brujo is one of the most strikingly original bands of the new millennia. There is no one quite like them; not only because of their vibrant, seemingly supernatural musicality, but also because of their radical contemporary edge and strong collective spirit. They reflect their Spanish and gypsy roots, but travel light years beyond the traditional flamenco sound. Their live shows have become stuff of legend, and they have left a path of sold-out shows and stunned audiences in their wake since the European release of their third, long-awaited album, Techarí.

It is an ambitious, self-produced journey, recorded both abroad in Cuba and New York and in a studio at the foot of the Pyrenees mountains, close to the birthplace of Salvador Dalí. Full of innovative musical ideas developed on their celebrated Barí tour, when they were wowing crowds across the world at festivals like Womad, the Montreal Jazz Festival, and NY Summerstage, Techarí represents their maverick spirit and dedication to pushing the boundaries of their sound and experimenting with the awesome sonic power of collective musical freedom.

Barcelona has been a natural melting pot of musical endeavor since the explosion of rumba Catalana in the late 1950’s, when Andalucian immigrants started to incorporate Cuban rhythms from the golden age of big orchestras. It’s therefore fitting that Ojos de Brujo’s roots lie in one of Europe’s most culturally diverse and exciting Mediterranean cities, but that they tend to receive the most ecstatic reception in the south, where flamenco was born.

The band started as a series of regular jam sessions for some of the city’s more open-minded young musicians. When percussionist Xavi Turull first came across the other band members, they were still a loose anarchist musical collective. The elder statesman of ODB, Turull had been in the seminal flamenco fusion band Amalgama, but after the band split he moved back to Barcelona. His arrival didn’t go unnoticed, and he was soon asked to join the jam sessions and help get the band moving.

Before ODB, singer Marina had been experimenting with punk rock and flamenco and performing in theater. Explains Xavi: “She was living in squats with a lot of very alternative people who were trying to do socially conscious things. She was probably the most political, socially concerned member of the band, and you can see that in her lyrics.” In order to bring her dense, electrifying lyrics from Techarí to the enthusiastic audiences they have now attracted, the band has had them translated into languages as diverse as Greek, Chinese and Wolof.

The name Ojos de Brujo translates as “Eyes of the Wizard”. “We chose this because we think of wizards, witches, and sorcerers as the people who have more vision than the rest of the population. They are more aware of what is going on in this screwed-up world. And we think that music – and every other art form –should be trying to help make the world become more conscious and aware. Also, ‘brujo’ is a word strongly connected to flamenco. Gypsies have always had their witches and wizards protecting them.”

The gypsy spirit runs though the core of the band, and guitarist Ramon is the spiritual guru in that department. “We don’t like globalization because it’s trying to destroy minority cultures,” says Xavi. “We think every minority culture has something special to offer, and we shouldn’t lose all this wisdom from all these ancient cultures all around the world. Gypsies are losing their Romany languages because no one is doing anything to help preserve them. They’ve always been repressed. By using gypsy words which have been nearly erased from the current vocabulary, we support Ramon in not letting his culture disappear.” 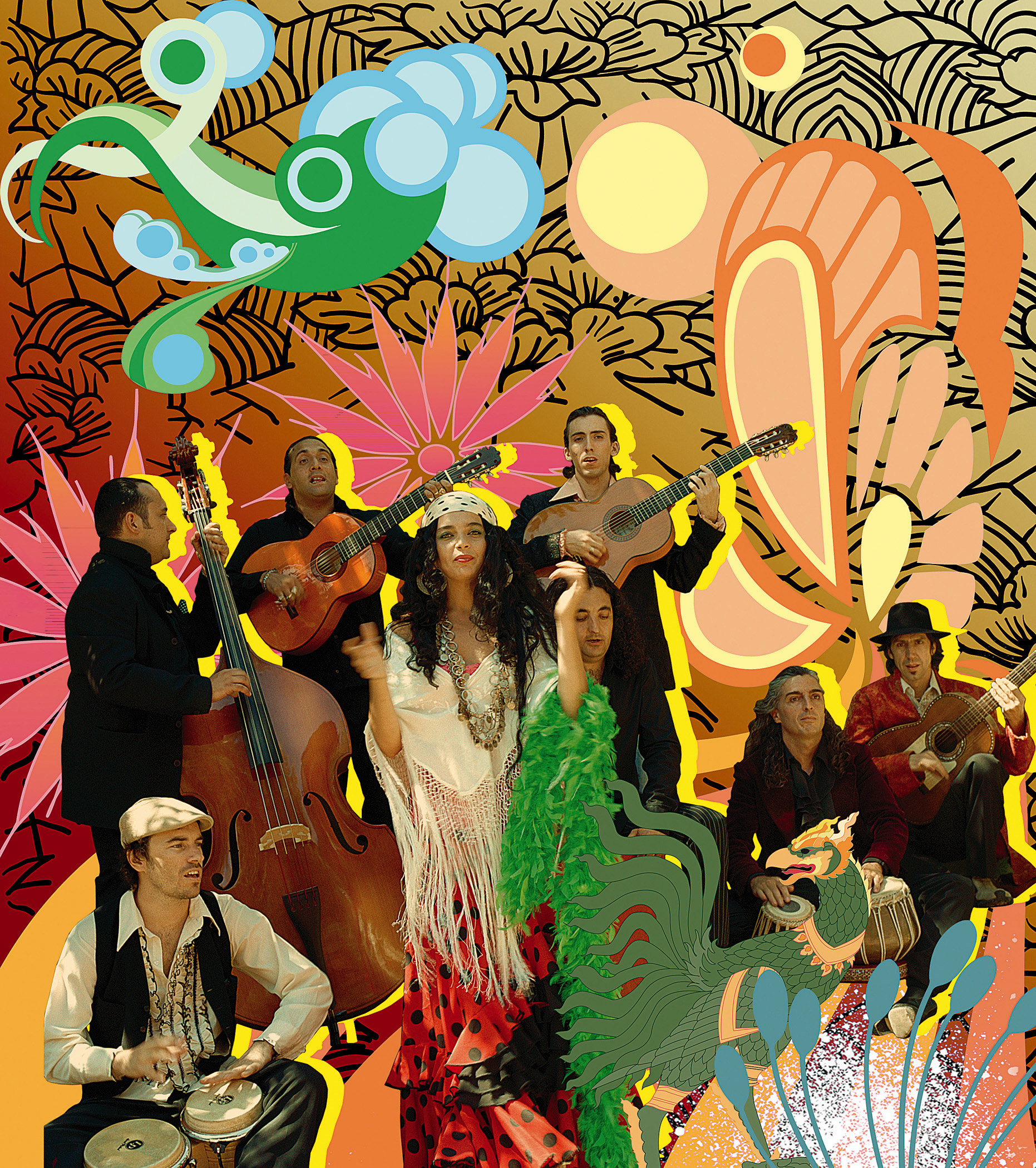 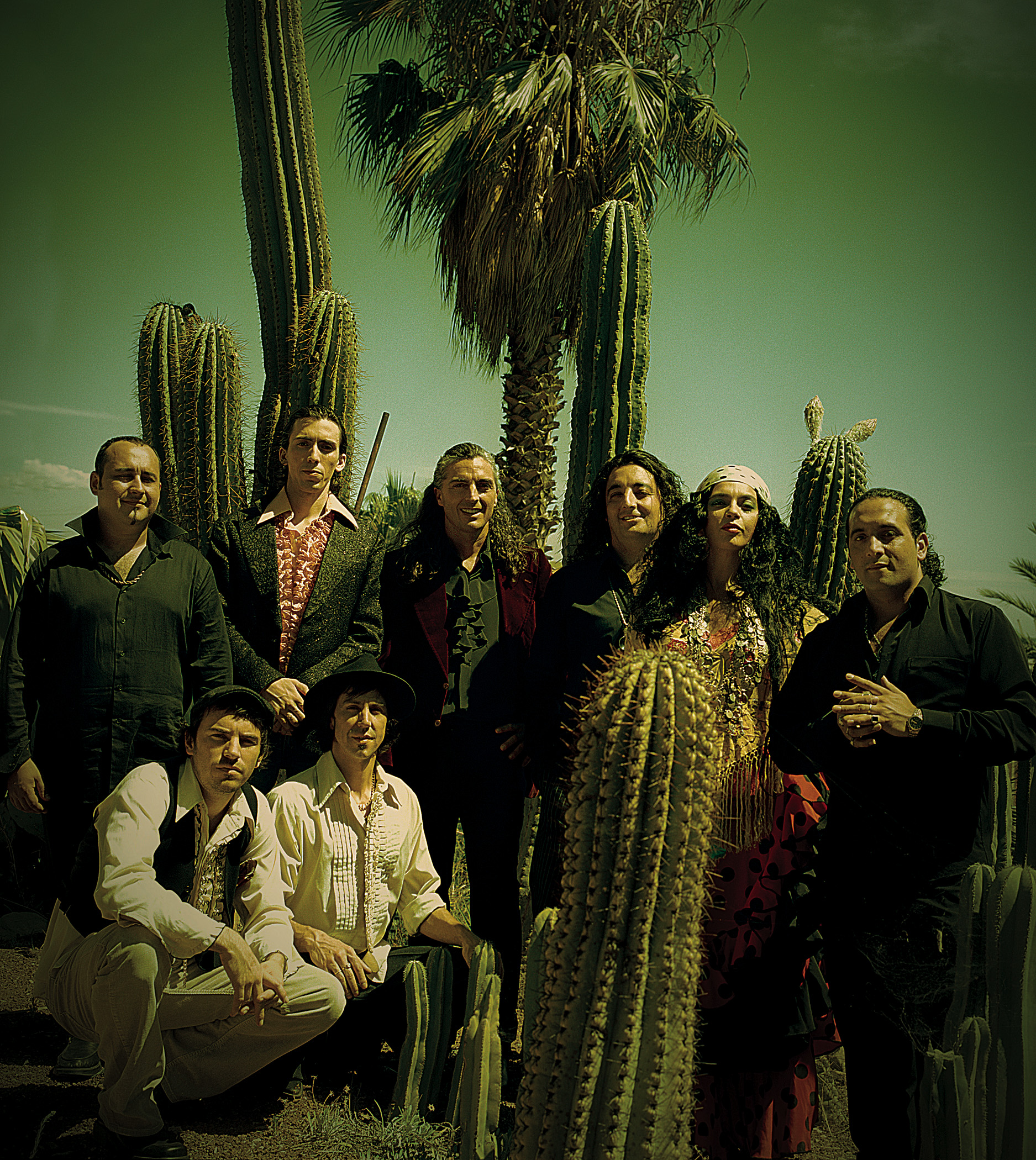 The second album, but first to be released in the U.S., Barí was where the group brought the fully-realized sound of Ojos de Brujo into fruition. “We decided to break with the record company, and be self-managed and self-financed as one big collective.” It also became their most successful album to date, and won them legions of fans all over the world with infectious anthems such as ‘Ventilaor R-80′ (Ventilator R-80), ‘Tiempo de Soleá‘ (Solea Time), and ‘Ley de Gravedad‘ (Law of Gravity). The gypsy word barí is difficult to translate but its meaning is easy to understand: when everything feels perfect in life, you have barí.

ODB were creating a new style of music, and people reacted to it. They would work with DJ’s scratching in flamenco rhythms, and on the flip side take flamenco into an urban arena. During their concerts they’d go from hip hop to jazz, to rock, ragga, funk, and all kinds of Latin, East Asian, and Hindi directions. “The parameters were so wide, and I think that was what made people really crazy about what we did,” says Xavi.

In 2005, the band gave a new name to their record label, Diquela, a gypsy word which means: ‘look!’ or ‘check it out.’ “It’s a new period,” says Xavi. “One of the pressures of success is to look for ways to stay true. And we are really trying to find a way to be free. That’s why the new album’s called Techarí, because it means ‘free’ in the gypsy language.”

Work on Techarí started at the end of March 2005 and was completed at the end of October. In between the band did two international tours, which stop-started the recording process. “Recording and touring at the same time was a little crazy, but the result is amazing,” says Xavi. “We are finally at a point where the sound is exactly the way we want.”

Keeping the creative process free remains the heart and sould of the collective. “We don’t ever really know what we’re going to do,” Xavi laughs. “We all come with fresh ideas, and it’s down to all of us if we decide to use them or not. It makes the process really slow and complicated, but the end result is so rich. It’s the result of eight people putting all their feelings, knowledge, and wisdom together.”

Special guests include Faada Freddy from Senegalese hip hop collective Daara J, Asian Dub Foundation’s Prithpal Rajput, and Nitin Sawhney, South Indian fusion artist and British TV star (who returned the favor after ODB collaborated on two tracks for his album Philtre). Cuban pianist Roberto Carcassés also makes an appearance alongside respected flamenco guitarist Pepe Habichuela, and Cuban très/flamenco guitar player Raúl Rodríguez from Son de la Frontera. Cuban drums are used in bulerias, funk is layered onto rumba Catalana, and dhol drums add an Eastern flavor to the mix. However the band are quick to point out that these collaborations are the result of new friendships, and not any cynical marketing strategy. For Ojos de Brujo, the process is always organic and from the heart, and they have succeeded in conjuring their very own genre out of disparate elements.

The Techarí CD-Rom features work from fourteen illustrators from around the world, each represent the individual nature of the fourteen tracks, fifteen translations of lead singer Marina’s startling, emotionally-charged lyrics, and three full-length videos. Much more than just an album, it is the band reaching out to the world with the images and sounds of creative freedom, collective spirit and musical adventure.

“It’s one of our biggest problems that we’re always spend too much money. It’s a sacrifice for art, because we want things to happen in the way that we imagine it. To make money from a concert, perhaps ten people should travel, but we always go out with the whole troupe. And we’re always bringing new people in, the latest being Carlos Sarduy, an incredible trumpet and flugelhorn player from Cuba. It’s always been like this; If you see only a few of us on stage, it’s because someone held us at gunpoint!” 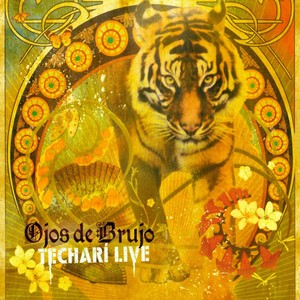