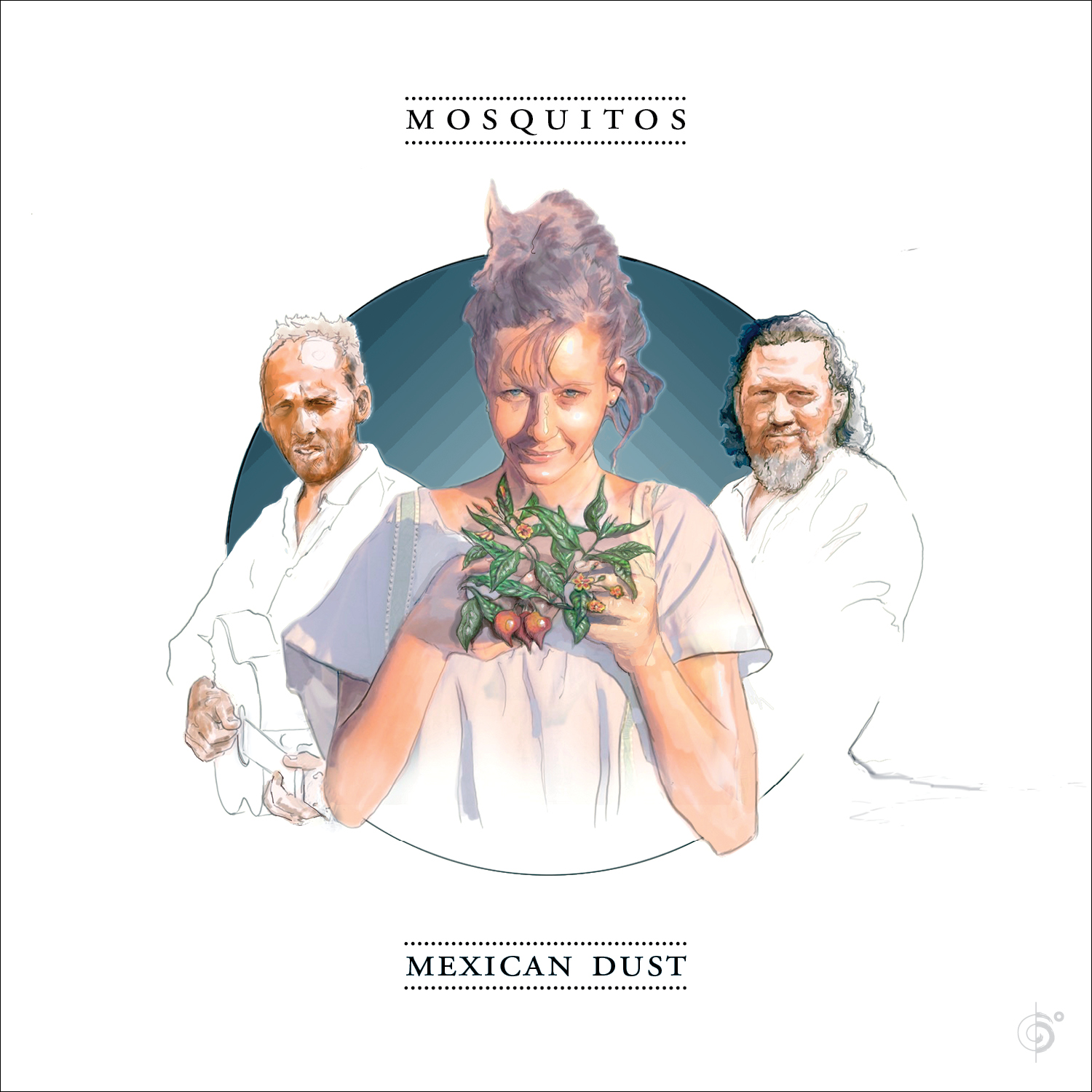 Mosquitos – singer Juju Stulbach, singer and multi-instrumentalist Chris Root, keyboardist-programmer Jon Marshall Smith — are musical nomads whose songs occupy a mythical place somewhere between Brooklyn and Brazil. Mexican Dust is the trio’s fourth album, its first after a ten-year hiatus. However, the passage of time hasn’t changed Mosquitos’ sound. It’s always existed in a sweet, special place, somewhere sunny and off the beaten path, with a unique blend of Brazilian influences, American pop smarts and witty, oddball arrangements. Mexican Dust, produced by Michael Leonhart and Mosquitos, is perhaps the most geographically specific of their discs, its wistful songs shaped by the years Stulbach and Root have spent in Puerto Escondido, Oaxaca.

The Brazilian Stulbach and Philadelphia native Root met fifteen years ago on the set of a New York City film shoot, but their relationship developed in Brazil, with the beaches of Rio de Janeiro as a back drop. Root had followed Stulbach there and began to chronicle their courtship in song, cutting rudimentary tracks in a tiny Rio studio. Back in Manhattan, he enlisted programming whiz and producer Smith to help him flesh out the tunes for what would be the trio’s debut disc – and thus a band was serendipitously born. Two albums followed in relatively quick succession, Sunshine Barato and III.

After Smith moved to North Carolina, Mosquitos took a hiatus, during which time Chris & Juju recorded as Undersea Poem for Six Degrees Records- but an out-of-the-blue offer for Mosquitos to contribute a song to an indie rock tribute album for the 30th anniversary of Fraggle Rock got Root and Smith talking about the band again & soon they were trading tracks back & forth between Mexico & North Carolina, eventually convening in the studio in New York City with their friend Michael Leonhart who assumed the role of arranger-producer & additional performer on Mexican Dust. Leonhart has for years been a sideman on Steely Dan’s tours and has recorded with artists ranging from A Tribe Called Quest to Yoko Ono. He’s even on the Mark Ronson-Bruno Mars jam, “Uptown Funk.”

A recurring theme on Mexican Dust is the search for a home. “There is always a sense of humor, I think, in our music,” Stulbach admits, “but if you look to the
lyrics on the record you will find us, frankly, a little bit lost, looking for a home- – in Brazil, New York, Mexico. The element of dust is important – we weren’t really planted anywhere. I think that’s why we built our house. We needed some roots. But we found out that doesn’t really give you roots. Those are in your heart.”

And, for Mosquitos – who, after countless miles and several years, have affably reunited for Mexican Dust – there are impressively sturdy roots in the music too. 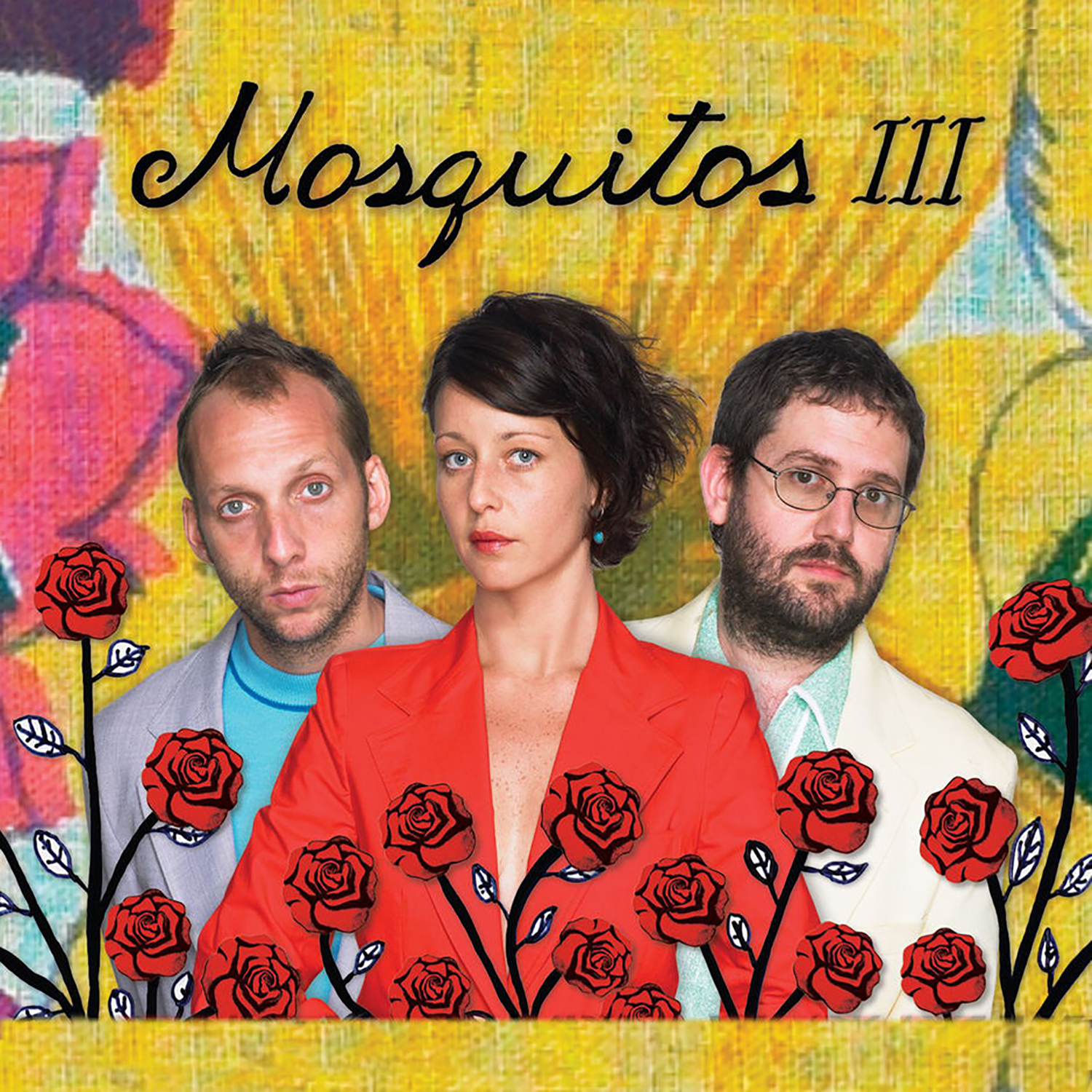 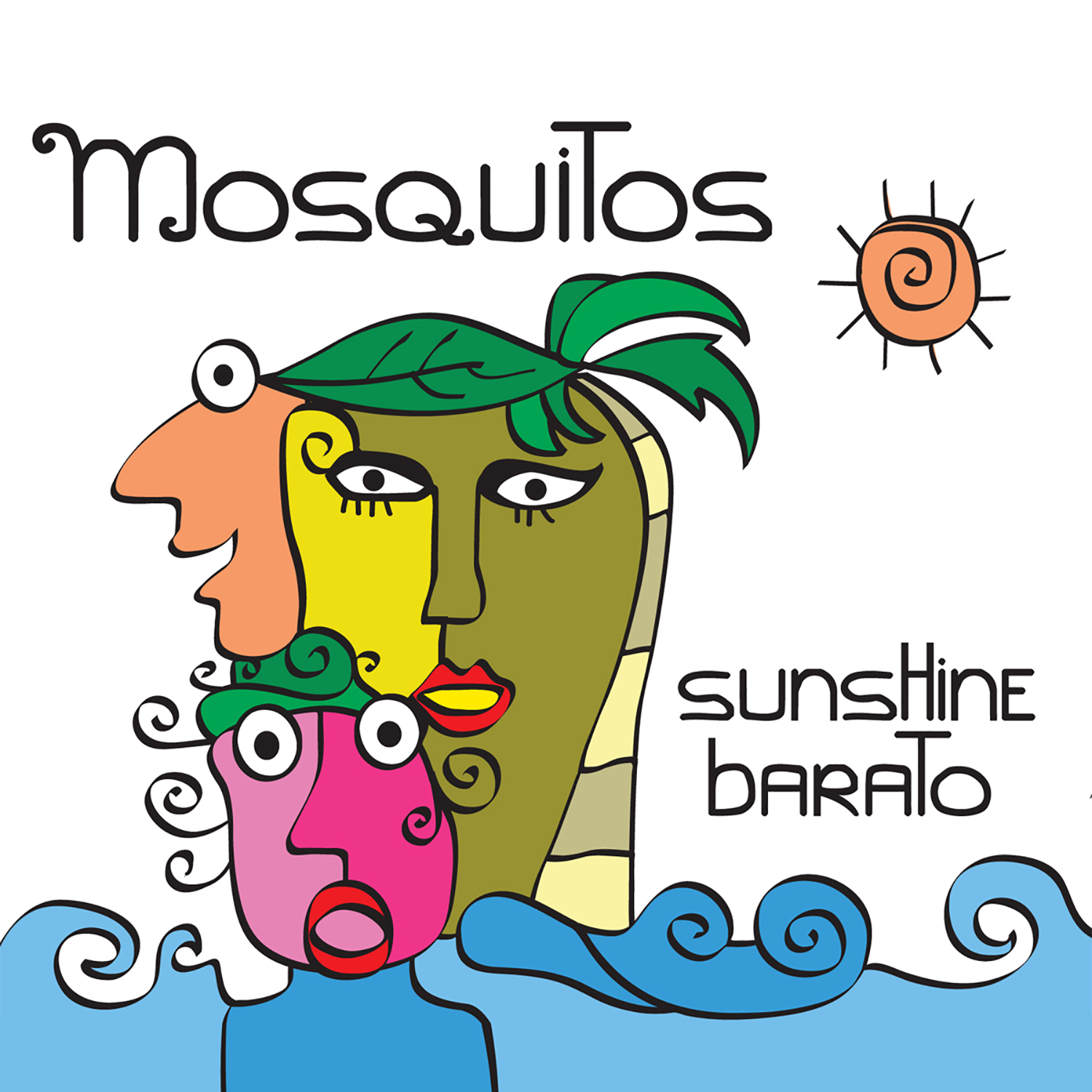 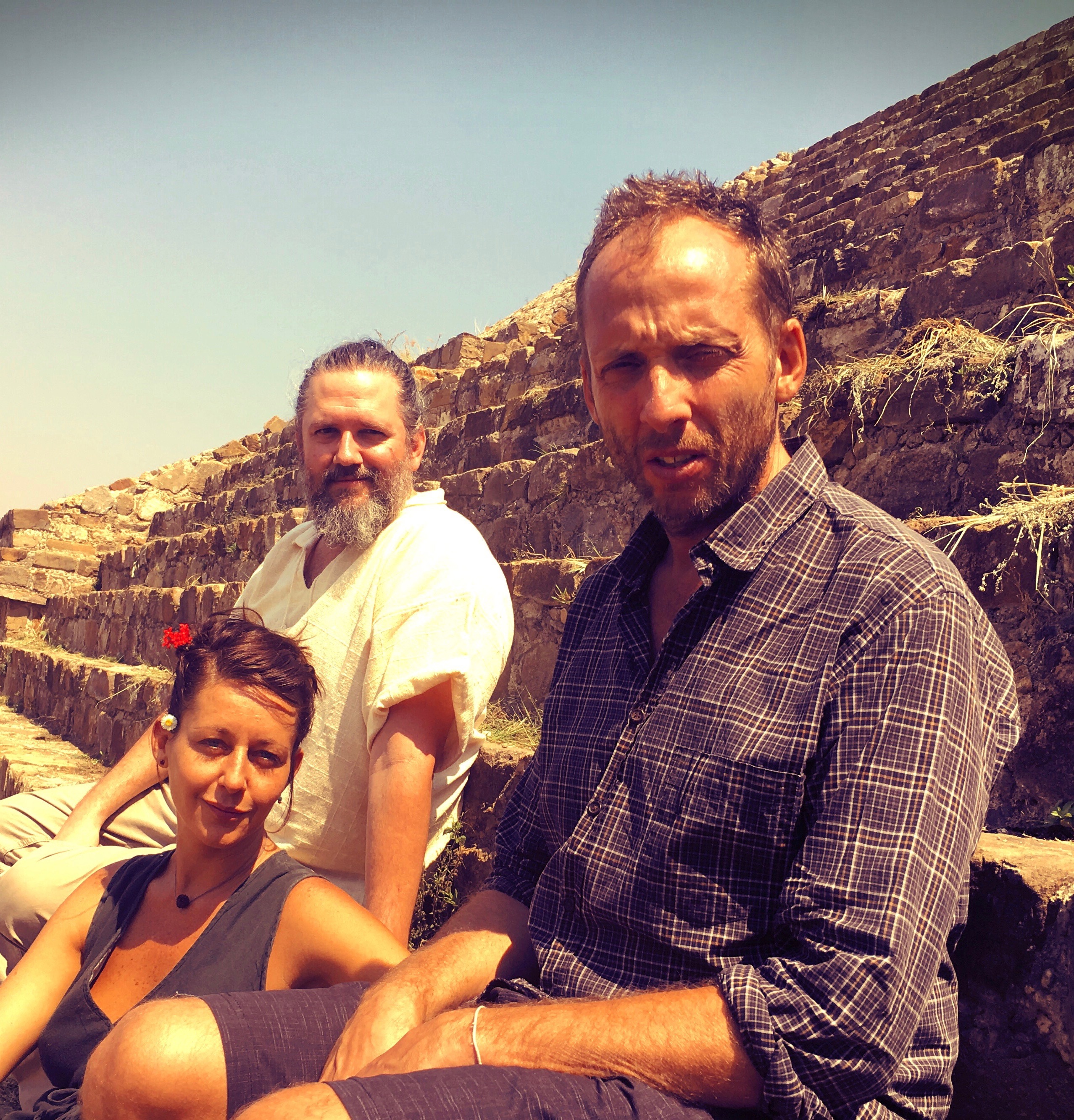