Yiddish Glory tells the remarkable story of folklorists in the Soviet Union who risked their lives collecting songs from Jewish Red Army soldiers, Jewish refugees, victims and survivors of Ukrainian ghettos. Following the war, the researchers were arrested by Stalin; their work was confiscated, and they died thinking the collection was lost to history. But the songs were later discovered in unmarked boxes stored in the basement of the Ukrainian National Library, and brought to life through painstaking research, for the first time in 75 years.
The epic discovery of Yiddish songs from World War II and the Holocaust led University of Toronto Professor Anna Shternshis to not only present her findings to academic audiences, but to present it as its original composers intended: as music.  The historic scope of this material launched a collaboration with Sergei Erdenko (Russia’s greatest Roma violinist, and longtime collaborator of Yehudi Menuhin) legendary Russian-American singer Psoy Korolenko, Juno-award wining jazz vocalist Sophie Milman and an ensemble of elite soloists from the worlds of classical and Jewish folk music.
The songs were created during the darkest chapter of European Jewish history. For some Holocaust victims, the last thing they did before being killed was writing a Yiddish song calling for revenge against fascism. The songs detail the Holocaust as it happened, and often deal with revenge on a visceral level. There is even a composition in the collection that was written by a 10-year-old orphan who lost his family in the Holocaust.  Many of the songs were written just before Holocaust victims were sent to their deaths, and these songs of despair, hope, humor, bravery, resistance and revenge change the narrative of how Jews behaved and fought in their final moments. 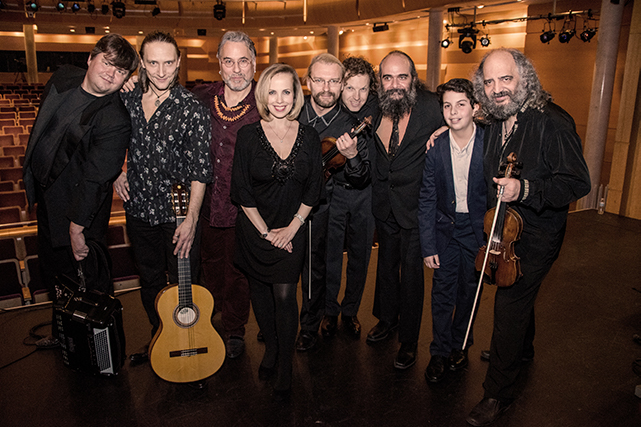