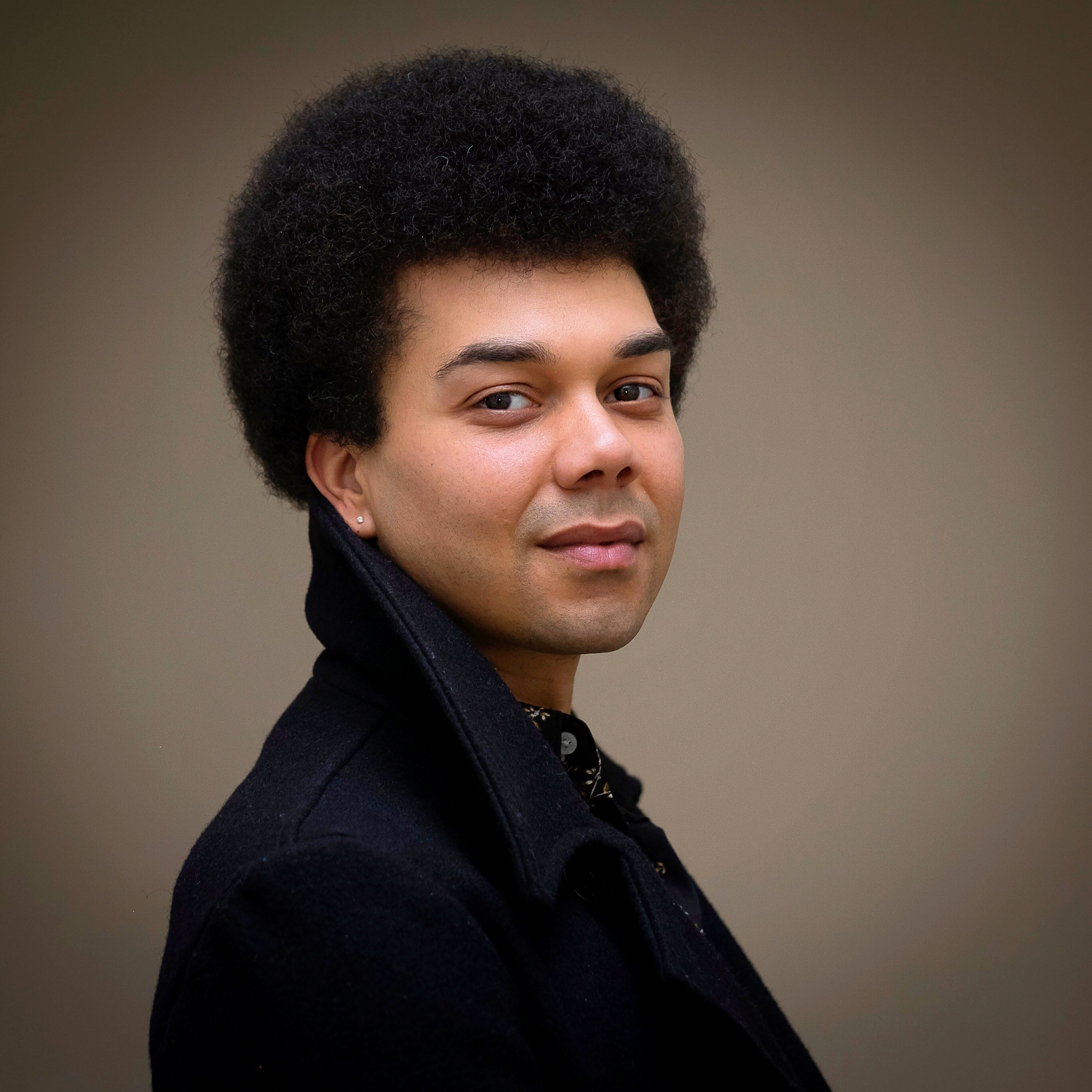 “An album this arresting doesn’t appear out of nowhere. Time Stops introduces Kalil Wilson as a fully formed artist whose graceful, emotionally incisive original songs feel like bespoke vehicles for his lithe, honeyed tenor. But he started storing away extraordinary musical experiences almost from birth, and his circuitous musical journey has led to encounters with a succession of sonic visionaries. For starters, he’s the son of pioneering Nigerian bassist Babá Ken Okulolo, who worked with King Sunny Ade, Fela Kuti, and Victor Olaiya before establishing himself as a bandleader in the Bay Area. Conservatory-trained and smitten with jazz, Wilson put together an impressive 2009 debut album, Easy To Love, focused on American Songbook standards. Then followed years of live performances, including dueting with legendary Cuban vocalist Omara Portuondo in Barcelona and singing with Herbie Hancock, Zakir Hussain, and Carlos Santana at the Hollywood Bowl. Now, debuting his own music and lyrics, working with longtime collaborator Dan Marschak, Kalil Wilson demonstrates that he’s far more than a pretty voice.”

“I remember the first time I heard Kalil Wilson. A few years ago, my friend, a discerning local jazz buff, had tipped me to the regular jazz nights at Club Deluxe in the Haight- Ashbury. The club advertised a jazz vocalist whose name seemed unfamiliar. That evening, I not only heard but met Kalil. And I met the members of his trio, after hearing them lift up, support, and swing with the remarkable lyricism of Kalil’s voice: pianist/ composer Dan Marschak, bassist Ryan Lukas, and the young musical prodigy of the group, drummer Genius Wesley. What I heard that night, what has struck me again and again—and now once more on Time Stops—is a completeness to that voice, how Kalil takes a song and follows its story out. From the first note, Kalil brings a sense of discovery, of inventiveness to every tune—a mark of the very best. The spectrum of life and love is perfectly played and fully voiced on this album, from romantic disappointment and doubt all the way back to the gratitude of love fulfilled.”

“Kalil is great! A real pleasure to hear.” – HERBIE HANCOCK

“Kalil has the gift! I know it when I hear it. He is anointed.” – CARLOS SANTANA

“A very special young talent with a unique sound that crosses through genres.” – KENNY BURRELL

“Only once in a long while, there arrives a vocal talent like this.” – SETH RIGGS