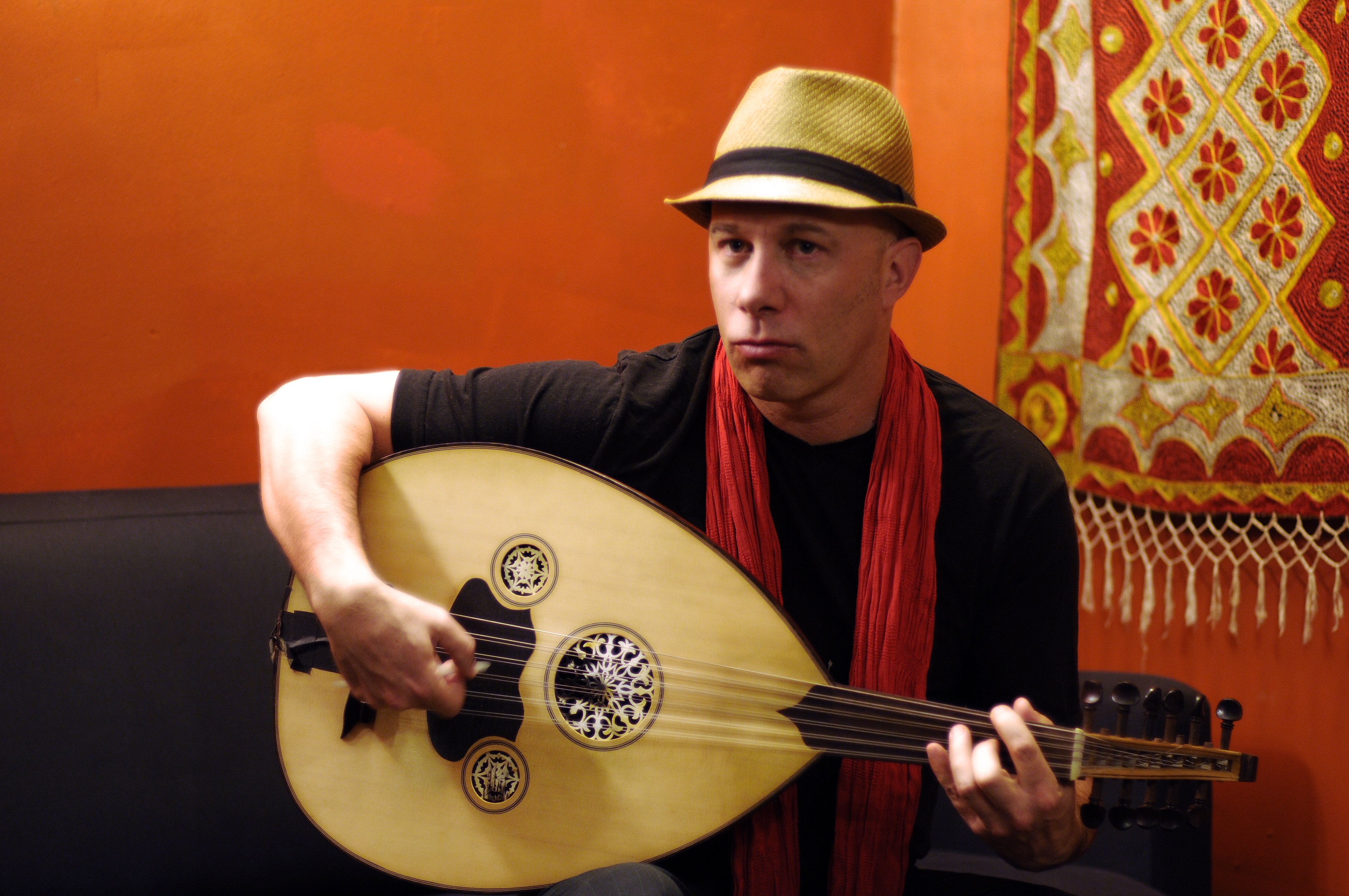 There’s a luminescent, nearly indescribable feeling you get when walking through the Playa, Burning Man’s center, after sundown. In this empty desert 50,000 people have joined forces with too much diesel and an endless supply of imagination to, as San Francisco-based artist Jef Stott says, share in this “container for radical self-expression.” The sentiment is so powerful that Stott devoted the opening song (and many of the following tracks) to it on his forthcoming record, Arcana (Six Degrees Records).

“Deep Playa” is a reconnection in many ways. The proverbially upbeat Stott suffered a series of recent setbacks: the end of a long-term relationship, losing a career job and having his apartment broken into. The stolen objects included all of his computer equipment, including the hard drive in which the two-month old Arcana lived.

“I just went back into the studio and made this album,” he says, while on tour in Hawaii. “It’s about reclaiming my place in the world, and bringing really powerful female energy back into my life.” Stott knew that life is circular. His upswing awaited. This was confirmed after running into old friend and collaborator Sonja Drakulich, which resulted in her ethereal vocal contributions on “Deep Playa.” Stott’s first serious ensemble as producer was Stellamara, Drakulich’s Eastern/Medieval European and Arabic project. Reunited these two are as powerful as ever.

After working with Stellamara in the mid-90s, Stott co-produced three albums alongside Michael Emenau & Irina Mikhailova as Lumin, then adding serious beats behind Tunisian-born singer MC Rai. Turning in a number of gorgeous, beat-heavy remixes for Six Degrees Records, he eventually released a digital-only EP, Souksonik, with the label in 2007, followed by the Arabic-drenched album Saracen the following year. Arcana is his second full-length record for the label and tenth overall.

The circular circumstances of his life also helped in the titling of the album. “Arcana refers to the major arcana of the Tarot,” he says. “I’ve been using a lot of Tarot this winter, mostly relying on intuition. Arcane also means ‘that which is old.’ It’s a nod to the whole idea that things come back around.”

A new collaboration ensued when Stott met local indie singer Sophia Mae Lin, who adds a unique, hearty edge to the slithery “Pulling of the Tide.” “I started the tune and it had this mysterious underwater quality, and we decided to go with the narrative about a mermaid,” Stott says. “It’s an entirely new direction, very gothic and Celtic.” With its tension-building strings, the track still connects with the more Middle Eastern sound that dominates Stott’s catalog while remaining utterly fresh.

The search for the feminine, not to mention visions of Burning Man, continues on Arcana’s most downtempo numbers, “Desert Dub (Nomadica Remix)” and “White Tara.” With its cutting synth bass leveled above the punchy, seduced percussion and trance-inducing melodic line, “Desert” is the soundtrack to the first moment of morning when pink breaks through the skyline’s grey. An accomplished oud player (having studied under the legendary Hamza El Din), Stott’s dubby echo on his stringed muse makes drowning seem pleasurable. 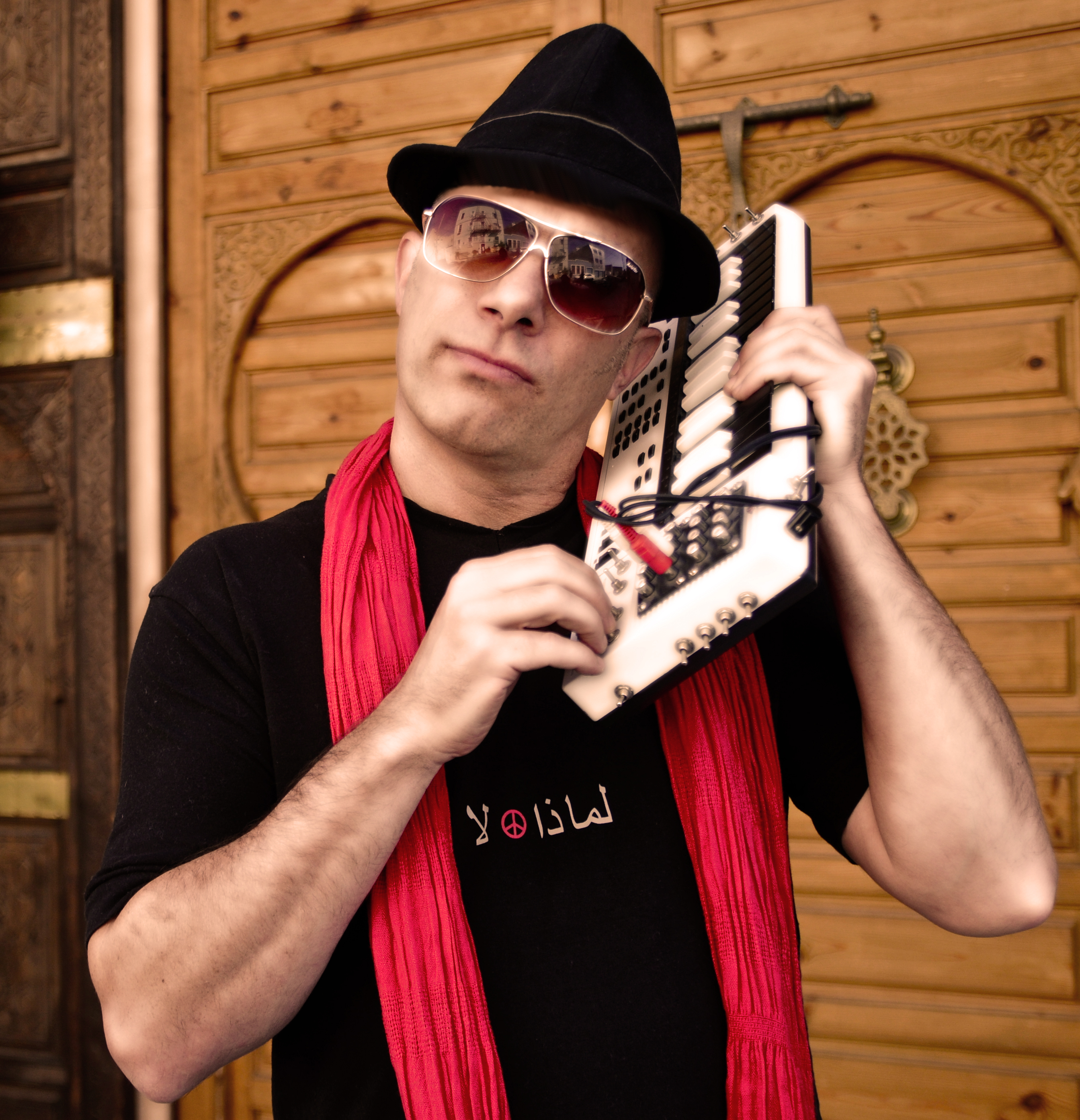 “White Tara” is another goddess reference, this time a dakini. Dakinis are powerful and compassionated Tantric deities in Tibetan Buddhism, the Eastern spiritual system in which Tara is a major meditation figure. The White Tara specifically refers to a healing goddess known as the Wish Fulfilling Wheel. The symbolism of Stott’s mythological references is translated gorgeously into sound: the dripping roll of the tabla, the wise clarion call of the flute, the gentle guitar strums, and finally Mae Lin returning with heartfelt, Sade-esque coos.

This imagined white light of healing energy is a theme that Stott believes has recently taken root at Burning Man. Having DJ’d at the famed Hookahdome for four years straight, he has watched a considerable transformation occur at this “field of ideas.” “I appreciate the humor of people’s characters and costumes, and the spirituality. The energy has gotten lighter, with more yogis and people wearing white, whereas it used to be more Mad Max, darker, with people wearing leather and blasting dark trance. The energy is becoming lighter and lighter. Not lightweight, but brighter.”

Still, in no way does the man eschew the wobble bass and hard beats. People may like to reflect, but sometimes they just need to get it out on the dance floor. “Le Club Lebanon” is tailor made for such a moment. Describing the track with a chuckle as “Rachid Taha meets the Clash meets electro,” the driving pulse batters head-on into a thick wall of bass, while his longtime friend MC Rai plays the part of Taha with a stellar vocal contribution.

No song is ever convoluted, however; this thoughtful DJ always considers his dancers. “The beats are not overly intellectual. As a DJ, you don’t want to make music too complicated. The dancer has to have a place to fill in the blanks. If you saturate the sound, there’s no room to play with it.”

And play he does: the progressive build and demanding darbukas of “Semma,” the tabla headwhirl of “Promise” and the sheer brute force of “Gnawa Jam,” which pays homage to the energized Moroccan soothsayers, stockpile DJs with plenty of sonic ammo. Coming from the multicultural Bay area, a place where Stott says “everything is densely packed and people are into sharing ideas,” played a strong supporter in the producer’s quest for musical diversity.

“I wanted to have a narrative but also deliver on another level,” he concludes. “The album is meant to be an imaginary soundtrack to an epic adventure film set far in the distant future. Behind it all is a really strong athletic female goddess with a huge sword in her hand. She’s a warrior of light. She’s always strong and compassionate, but she knows how to use her sword.” 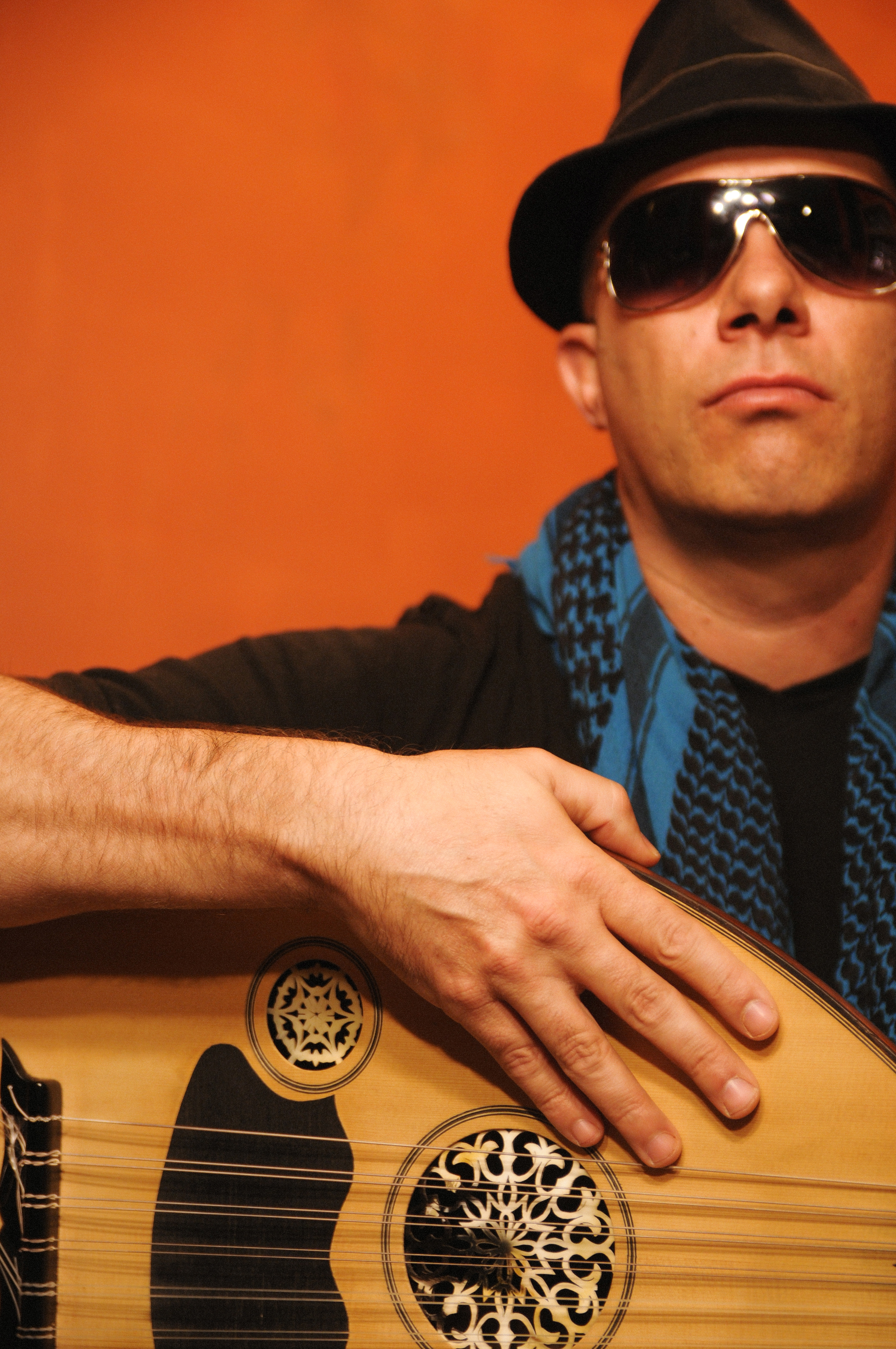 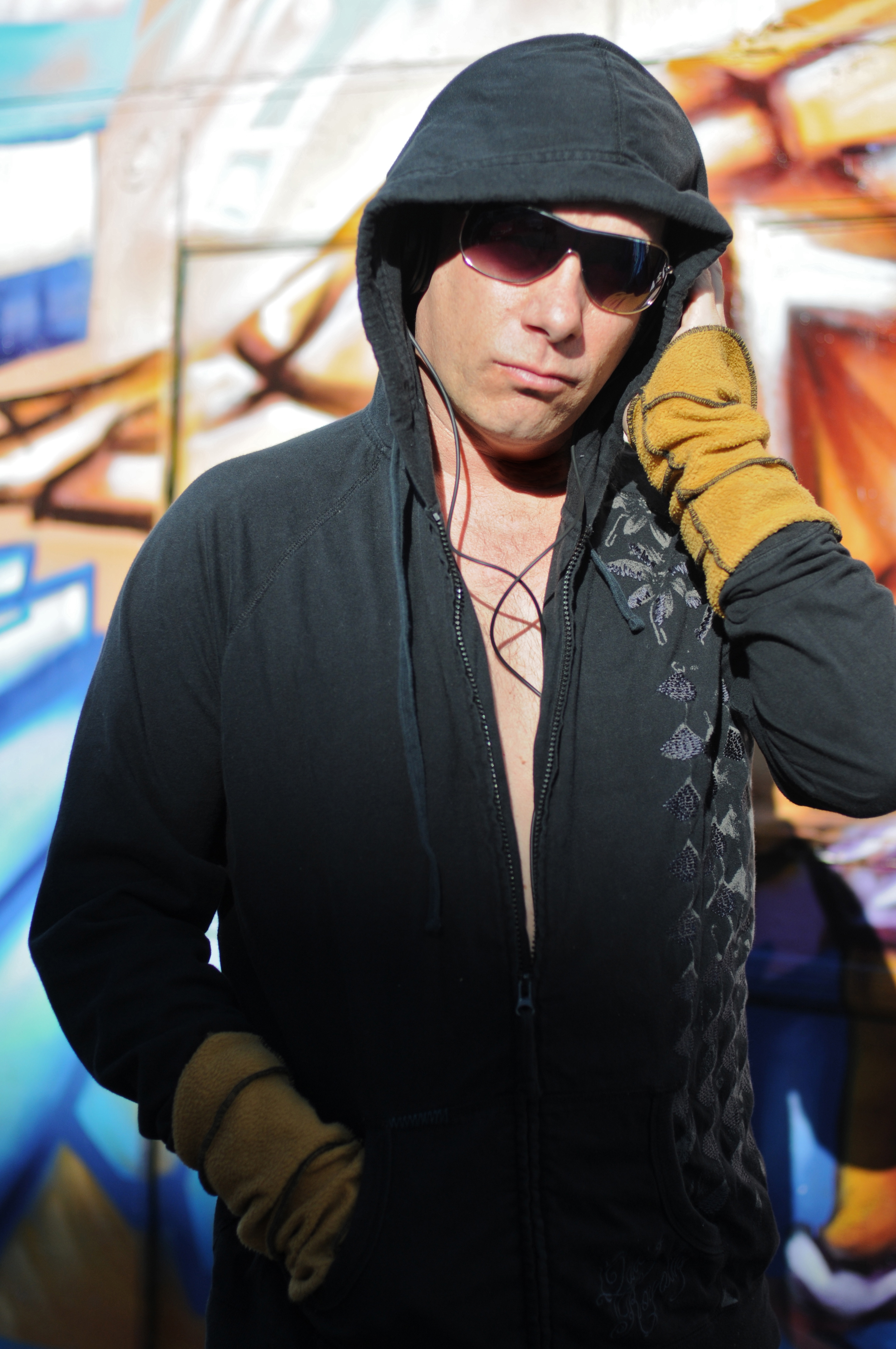 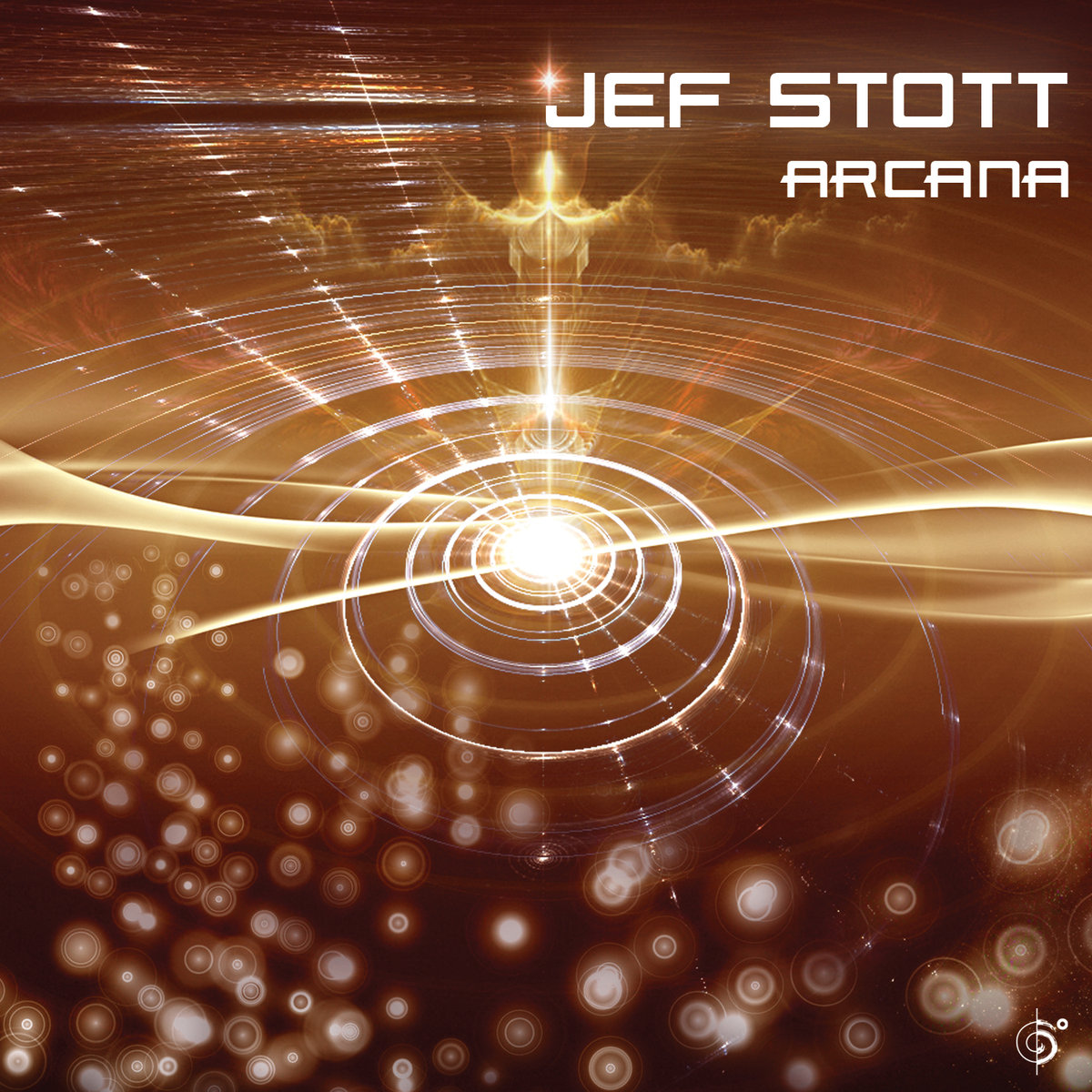 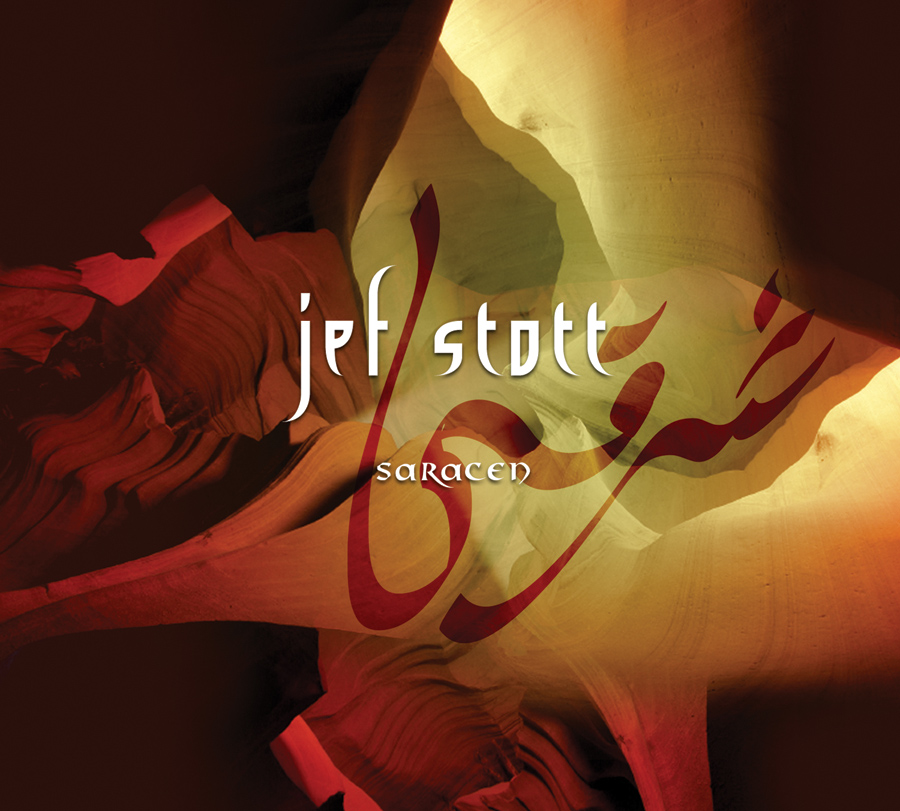 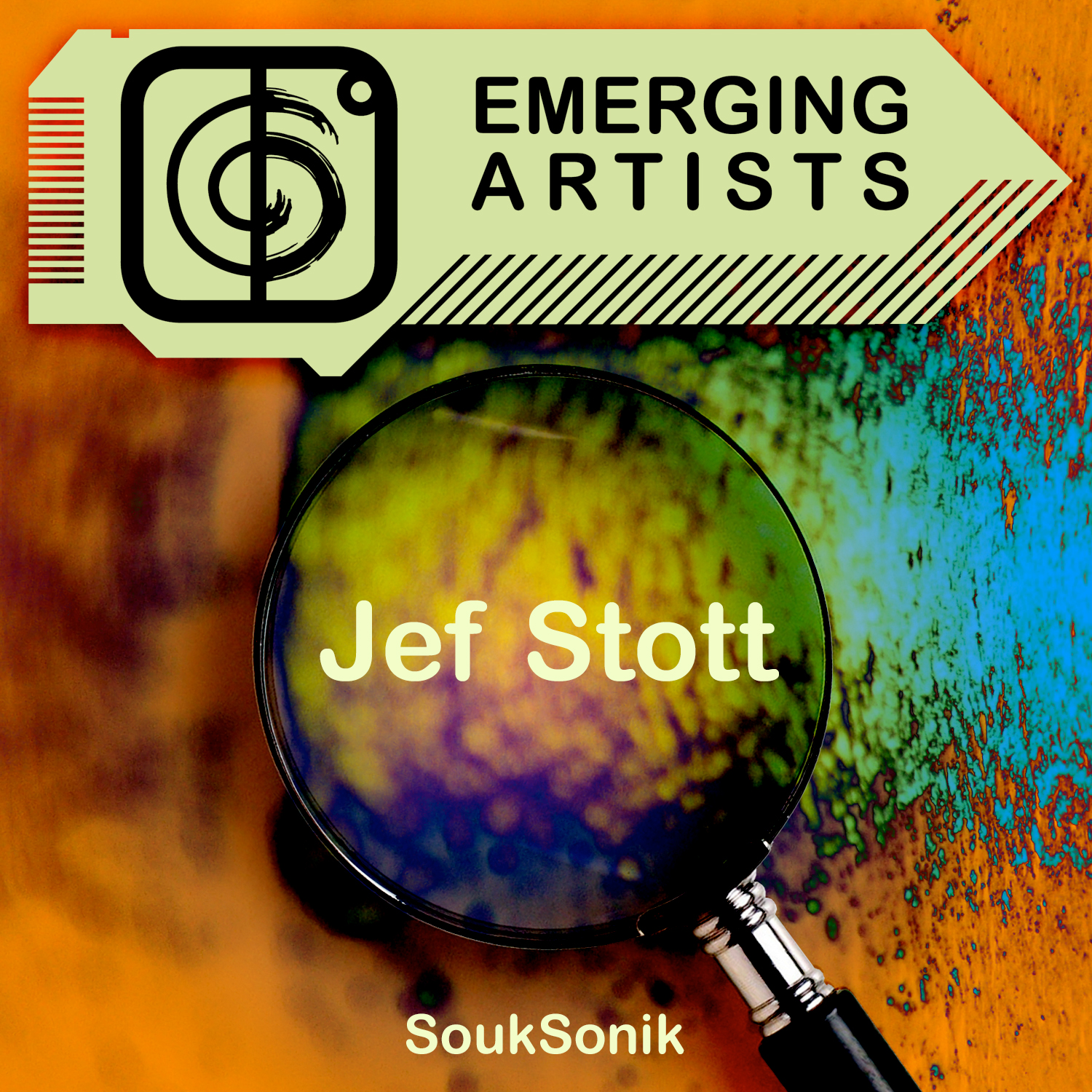