LEMON BUCKET ORKESTRA – IF I HAD THE STRENGTH

The band will be bringing the new material and their notoriously engaging live show out on an 11-date US release tour Starting September 14th . Two years in the making, the new album once again draws its repertoire and inspiration from a myriad of folk traditions across Eastern Europe. But unlike their two previous albums (2012’s Lume, Lume and 2015’s Moork), which were both just collections of individual, unrelated songs, IIHTS explores an overarching narrative through line, to tell a much bigger story. “This is an album about coming home, about never being the same, about the parts of ourselves we lose, the parts we gain, and about the prisons we inhabit or that inhabit us,” says Lemon Bucket Orkestra ringleader, Mark Marczyk.

With IIHTS, the increasingly dynamic and theatrical group have created a song cycle inspired by a century old Slavic prison ballad that tells the story of a young rebel coming home after laying it all on the line. The work draws emotional weight from the band’s personal experiences with the Ukraine-Russia conflict, but it also highlights the dozen strong ensemble’s party-punk roots and attitude, developed and honed since their formative days busking on the streets of Toronto. “We start in a musty train car overlooking the fields and valleys of our youth through permanently smudged windows, reflecting on the life that once was and wondering how we can face our mothers, with the horrifying fact that we will never be the beloved boys or girls we once were,” Marczyk says, expanding on the album’s conceptual theme. “Then, with a sudden jolt we are transported to the memory of what led us to this moment and we’re sprinting for dear life in a struggle to keep ahead of our past selves. The whole album navigates between the shaky train car and a series of flashbacks – in the language of eastern European folklore – the main site of resistance and celebration for the Lemon Bucket Orkestra for the better part of the past decade.”

Documenting Lemon Bucket Orkestra at the height of its musical powers, the new album also features a compelling list of special guests; from beloved Canadian soprano, Measha Brueggergosman, to Montreal-based Latino rapper, Boogat, to a triumphant-yet-tragic 60 strong reading of the late Adrienne Cooper’s Sholem by the mighty Choir!Choir!Choir! Weaving in and out of the prison ballad theme, the work takes listeners on an emotional journey exploring trauma and tragedy through the lens of musical exploration and communal celebration.

Lemon Bucket Orkestra has been wowing international audiences for close to a decade now, bringing their unstoppable and infectious musical mayhem to stages and streets far and wide. Voted Toronto’s Best Live Band by the readers of NOW Magazine, the band’s previous album, Moorka, took home a 2015 Canadian Folk Music Award for World Group of the Year, and was nominated for a 2016 JUNO award for World Music Album of the Year. The band is best known for its raucous parties, impromptu street performances and legendary live shows. But in the last year, they have also made a mark with their powerful and award winning ‘guerrilla folk opera,’ Counting Sheep (which features the entire band as the cast). The unique theatre experience has already played for enthusiastic audiences in Canada, Scotland, Ireland, the UK, Germany and the US (where it has run in Berkeley, Stanford and NYC) and will be staged again at the Vault Festival in the UK in early 2019.

“The album is a statement of resistance and celebration,” Marczyk concludes. “We’re guerrilla-folk party punks both imprisoned and liberated by eastern European folklore. The title track (borrowed from the late great Adrienne Cooper) says it all: ‘If I had the strength, I would run in the streets – I would scream PEACE! PEACE! PEACE!’ This album records the process of gathering that strength and the obstacles that we encounter along the way.” 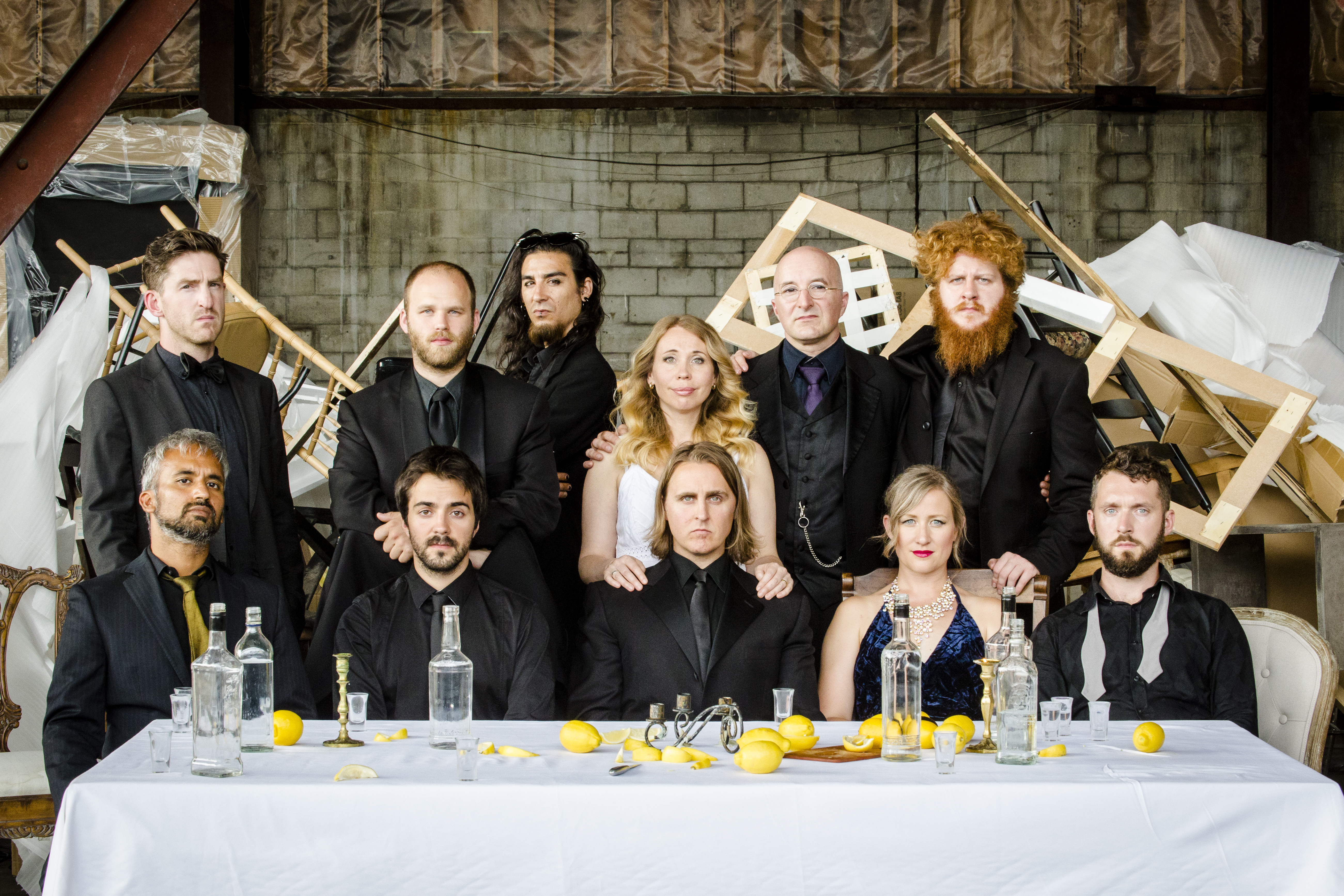