With all the news that’s been coming out of Egypt over the last year, it’s surprising that more music has not been circulating. Years before the terms ‘Arab Spring’ was coined, French producer Jérôme Ettinger devoted himself to exploring, preserving and spreading the sound of the North African country he fell in love with. Assembling world-class musicians and layering in tasteful electronic rhythms beneath virtuosic playing, his Egyptian Project debut, Ya Amar (Six Degrees Records), is the most potent album to arise from this country since the political upheaval began.

‘My idea was to mix electronic, acoustic and Egyptian traditional music,’ he says from his Nantes house. ‘I chose one string instrument player, one singer, a percussionist and rababa player. They are all my family now—I manage and organize everything for all of them.’

The 34-year-old native of Nantes, France began traveling to Cairo to study the arghul, a  clarinet-like, double-pipe, single-reed woodwind instrument, that has a long history in Arabic music. His teacher, Mostafa Abdel Aziz, performed on the famous Egyptian orchestral recording of Mozart’s work, as well with Peter Gabriel. During this time Ettinger founded Zmiya, an electro-world band that sometimes explored Egyptian melodies, rhythms and lyrics.

As his passion for Egyptian culture and music grew, Ettinger assembled a team of renowned artists for a touring band: percussionist Ragab Sadek, rababa player/violinist Salama Metwally, (oud player Ihad Radwan and) singer Sayed Eman, whose epic vocals decorate many of this album’s 10 songs. With all musicians between the ages of 50 and 60, Ettinger has played an important role in introducing these incredible artists to the world beyond the Nile.

Using Ableton Live during live shows—they’ve played many times in France and Egypt in the three years since the band’s founding—Ettinger records and samples percussive and melodic parts, laying them into the beats he’s creating on stage, which he admits was no small feat.

‘In the beginning, it was not easy to mix electronic and Egyptian music,’ he says. ‘The rababa player had never played this way. I told him that he only had eight measures to play, but he wouldn’t stop. It took a while to teach him to work in that construction.’

Patience is a virtue, however, and working with sound engineers Jean Paul Romann (Tinariwen, Lo’Jo) and Rodolphe Gervais (Desert Rebel, Ray Charles), Ettinger recorded and mixed the album at Studio du Faune in Montauban de bretagne, France. The merging worlds of digital music and classical performance immediately shine on ‘Ya Amar,’ a song discussing how the world’s diverse cultures all see one moon at night—a beautiful tribute to a nation in transition. 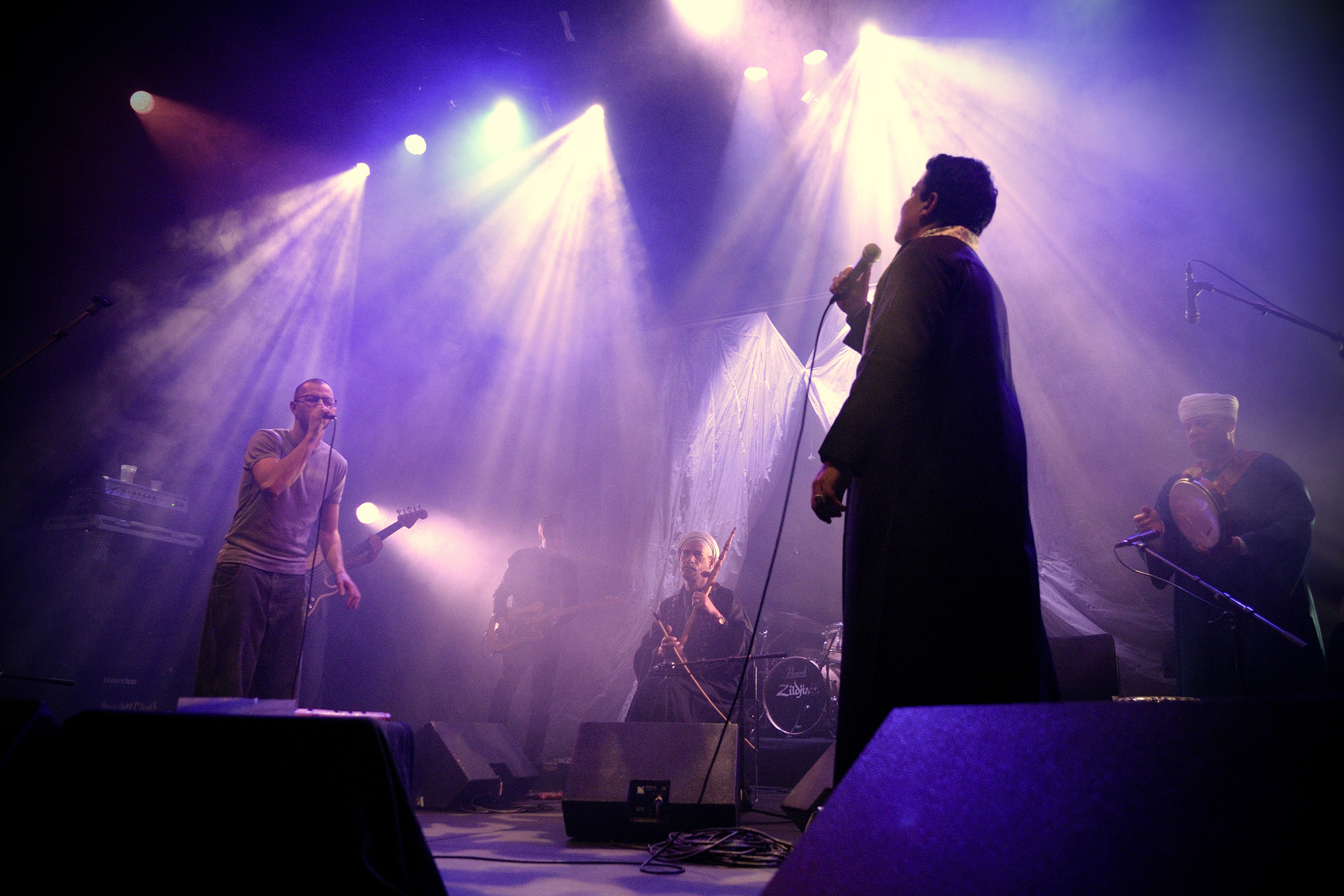 Like much Arabic and especially Sufi poetry, couplets are repeated over and over, each time colored by Emam’s grand voice. ‘Ya Sahbi,’ with its building electric guitar, violin and drum kit, discusses betrayal.

‘The song is about a problem between friends, dealing with betrayal,’ Ettinger says. ‘All the lyrics speak about very simple things, like the hurt that happens between two people. The general idea is that if you betray somebody, you will be betrayed.’

Sayed Emam is not hard-set on repeating lyrics verbatim. He once called Ettinger and said that he could not sing the same lyrics that night, as he didn’t feel those emotions that day. Ettinger told him that as long as he stayed within the beat structure, he is always free to improvise. He also knew that while Emam might occasionally change a lyric, the meaning on his poetry remains intact. Regardless, you never know what will happen at any Egyptian Project show.

Ettinger himself often sings melodies behind Emam. Originally trained by a blind guitarist Hervé Masson, he was taught to feel the music in a way someone with sight would have difficulty transmitting. While Massive Attack is one his favorite electronic music band, his real passions have been for the folk musics of the world: Malian kora, Australian digeridoo, Western European hurdy-gurdys, as well as various forms of French music. Mozart, Beethoven and Tchaikovsky round out his eclectic list.

Taking three years to recordYa Amar, Ettinger wanted to respect Egypt’s traditional sound and not force it to fit into his electronic context—the fundamentals had to remain the same. By all accounts, he’s succeeded splendidly. With plans of adding a Gypsy female vocalist from Cairo to round out the live band’s presence, he is excited to open up touring possibilities to other countries.

Ettinger’s other initiative is also helping in both outreach and economics. ‘The arghul is a dying instrument. The instrument will soon be seen only in museums. That’s why we’ve been organizing meetings with journalists and going into schools to hold workshops with children. We want to share the musical history of Egyptian music.’ 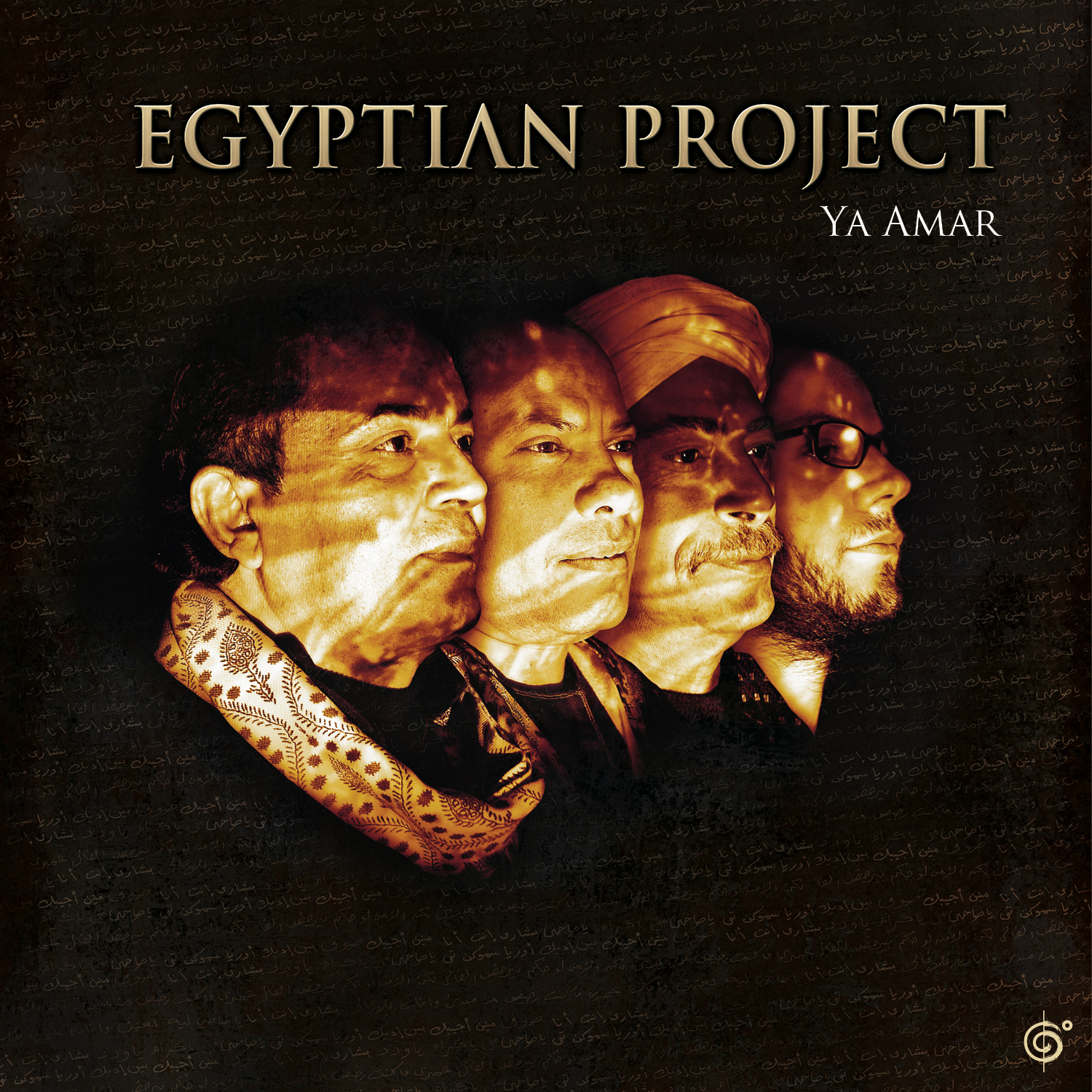