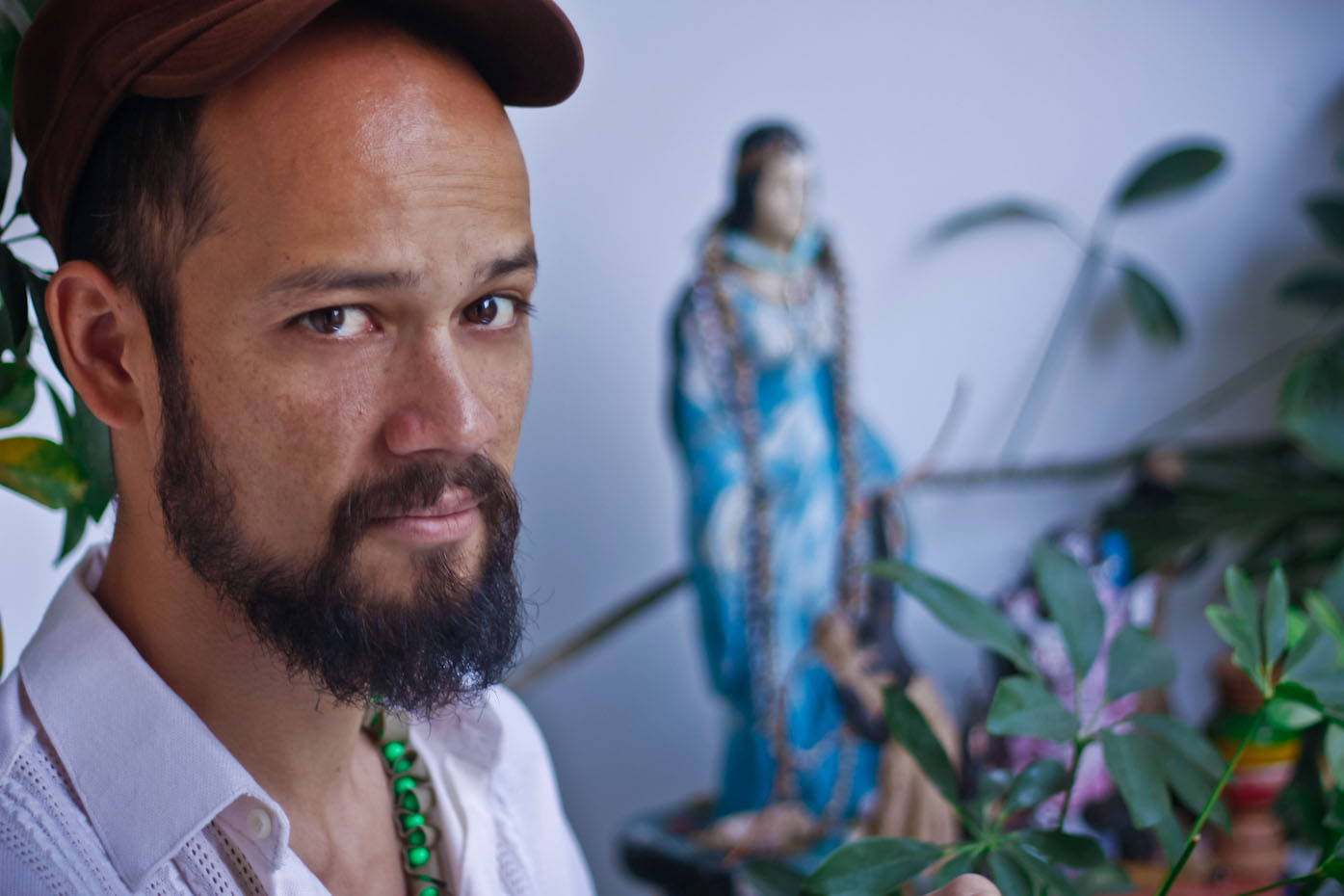 ‘Arrocha means to hold on with a lot of pressure,’ Curumin says from his São Paolo home, describing the meaning behind his new album title. ‘In Bahia it’s a rhythm, a way of dancing where you hold your girl very close. That pressure is something we feel here in Sao Paolo. It’s a very big city and you are always surrounded by people. On this album I’m trying to make more sensual music, speaking with a lot of feeling and getting closer to people.’

Born of Spanish and Japanese parents 35 years ago, Luciano Nakata Albuquerque adopted the persona Curumin (KOO-roo-mean) as a way of exploring the possibilities of Brazil’s many sonic heritages. Known globally as the land of bossa nova and samba, the youthful vocalist/multi-instrumentalist/producer has borrowed much from his Brazilian culture but expanded upon it by creating an inviting, sensual tone while eschewing any lust for stardom through mainstream sounds. On the pioneering Arrocha (Six Degrees Records), he has built upon prior success in creating a melodically addicting and rhythmically potent exploration of modern Brazil.

Discovered by California hip-hop outfit Blackalicious on a 2005 South American tour, the duo helped Curumin gain international recognition by releasing his debut, Achados e Perdidos, in the United States. After successfully launching his presence in the States at CMJ that same year, he was quickly booked to perform at Chicago’s World Music Festival and the M3 Conference the following year. Natalie Portman included his track ‘Tudo Bern Malandro’ on a compilation; when ‘Guerreiro’ was used in a Nike ad during the FIFA World Cup, the fame he never sought was ensured.

Part of a wave of evolutionary Brazilian artists updating their native soundscape, this self-professed tropicalia and funk addict now delves deeply into the electronic sound of his MPC to control the direction. ‘I created different atmospheres and textures from doing a lot of research with all of the albums I have here in my house,’ he says. Being that his home would not cater to a full band set-up, Arrocha dives right into the heart of his intentions: it’s a warm, sensitive journey featuring gorgeous melodies floating over a wash of spacious percussion, guitars and bass, while never losing the danceable beats that his culture demands.

‘The electronic angle let me work inside of the machines,’ he says. ‘It’s a different way to do Brazilian music. But it’s also part of my Japanese heritage. The thing that I’m trying to accomplish in my music is connected to the past and tradition, as well as to the future. This is a very Japanese way of looking at things.’ 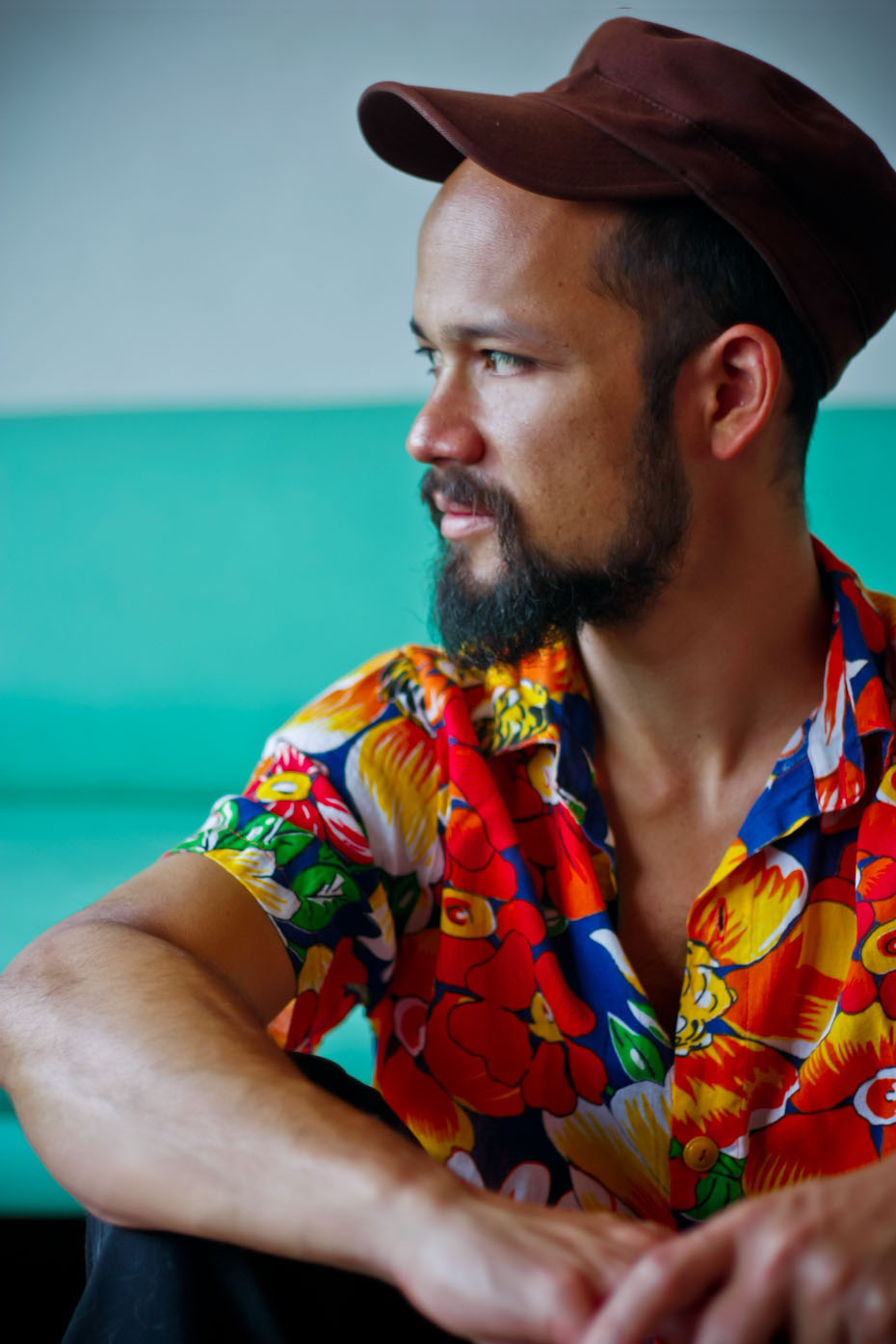 Kicking it off with the hard edge of ‘Afoxoque,’ the word is an amalgam of the Portuguese word afoxê and the English shock. ‘I was programming the beat and just gave it this name. A few days later I tried to write lyrics, and I started to research what afoxoque could mean. Afoxê is a word from Yoruba, the African tradition here in Brazil, and it means ‘the power of speech.’ So it’s the shock that happens to you from the power of language.’

Not all of the album depends on metaphysical explanation. In fact, the topics of yearning and connection, to a soulmate, family member of friend, dominates the content. ‘Selvage,’ the album’s first single and video, is about getting wild. Having lived in downtown São Paolo for eight years, Curumin felt that past-future connection, noticing that very evolved people live daily with their primitive instincts. On ‘Selvage’ he waxes romantic over the ‘jungle’ of his former neighborhood, providing the listener with Arrocha‘s most upbeat, punchy track.

On ‘Paris Vila Matilde’ he tells a story about calling his girlfriend, who comes from the São Paolo neighborhood of Vila Matilde, while he was in France. This gorgeous two-minute gem is engulfed by that seductive term, saudade, an indescribable feeling of desire and aching made globally famous by the poetic hand of Federico García Lorca. And speaking of poets, ‘Pra Nunca Mais’ was penned by Arnaldo Antunes, Brazil’s renowned wordsmith and singer.

Following up on the many successes he garnered with JapanPopShow, Curumin has produced a record that’s certain to surpass previous praise. Introduced to Six Degrees Records via his friend (and now labelmate) Céu – who guest stars on the reggae-inflected ‘Vestido de prata’ – he’s excited to be moving in new musical directions, blending catchy tracks with an integrity and inventiveness unique unto himself.  For him, this is all he could imagine himself doing.

‘I’m always trying to be minimal in my music and life, just putting in what’s essential and not too much information,’ he concludes, in what is perhaps another quality pulled from his Japanese ancestry. ‘I’m happy that the alternative scene in Brazil is building. If you just have mainstream music, nothing is creative, and no one is going to try to do anything strange. Now some people are doing strange stuff, and some people are listening to strange stuff too. This is very good.’