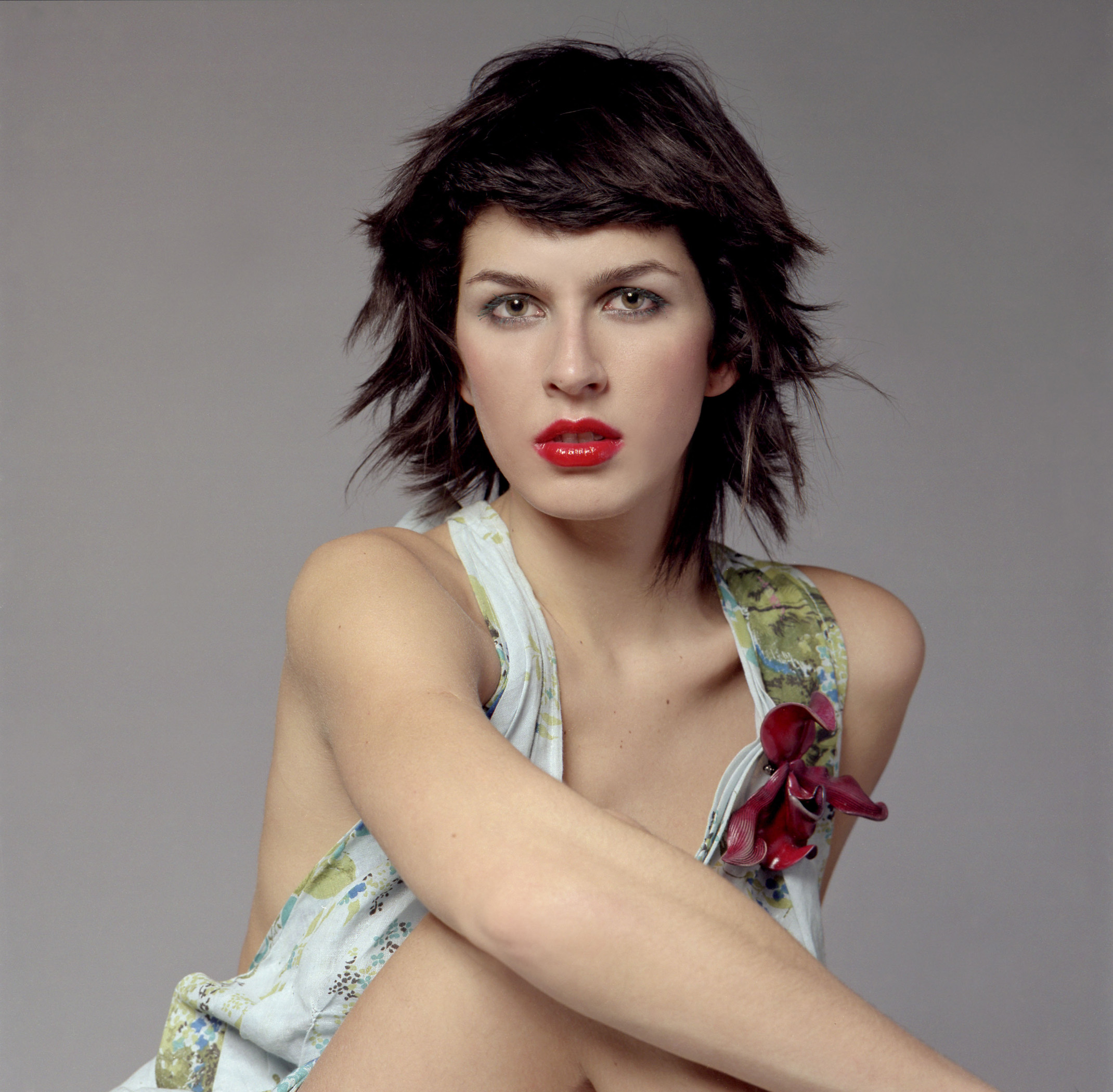 The London-based, São Paulo raised, singer Cibelle, (pronounced see-BELL-ee), burst on the scene in 2003 with her beautiful, smoky voice on her self-titled debut.  Her second album, The Shine of Dried Electric Leaves, is a quiet masterpiece, full of inventive and quirky arrangements.  It combines rootsy acoustic instrumentation and electronic processing, noise guitars and children’s toys, fascinating textural soundscapes and pure melodies. This record brings to mind such singular talents as Björk and CocoRosie.  Like them, Cibelle is a gifted storyteller.  She has a keen ear for unusual textures which give each of the album’s fourteen tracks the power to surprise.

Cibelle has become a quick study in the control room too. She co-produced the new album, taking the tracks from London to São Paulo and back. Along the way she worked with producers Mike Lindsay (half of the English folktronica band Tunng) and Apollo Nove, the visionary Brazilian musician who produced her debut album. He has his own psychedelic folk/alternative pop album, and is now being mentioned as the heir apparent to the late Suba’s title of “World’s Coolest Producer.” Finally, she mixed the album in Paris with Yann Arnaud (former house engineer for Air).

As a result, the album has a strong international flavor. More than half of the songs on The Shine of Dried Electric Leaves are sung in English. In “City People,” a quintessential Cibelle track, she turns an intriguing set of apparently random sounds into a sampled rhythm track (reminiscent of the refrigerator and cash machine that subtly color the sound of “Waiting” on her debut album.)  Splashes and wisps from a dizzying array of an assortment of instruments make for a full, but not overwhelming sound and, for all its surprises, this is a tender, lyrical song.  Cibelle’s compositions are directly derived from her emotional life: she likens her life to a lab, where she is at once the hamster and the scientist.

Aiding and abetting Cibelle on the new album are the like-minded young Brazilian singer Seu Jorge (best known for his David Bowie covers in the film The Life Aquatic) and French MC/beatboxer Spleen (who’s also working with CocoRosie).  Cibelle and Seu Jorge collaborate on “Arrete La, Menina,” one of the most intriguing arrangements on the album. The song starts with the sounds of traditional flute and percussion, over a lilting, rocking accompaniment. Gradually add a healthy dose of samba drumming and electric guitar, plus Seu Jorge’s unique vocals, and you have something that’s neither Brazilian nor indie rock but somewhere in between. 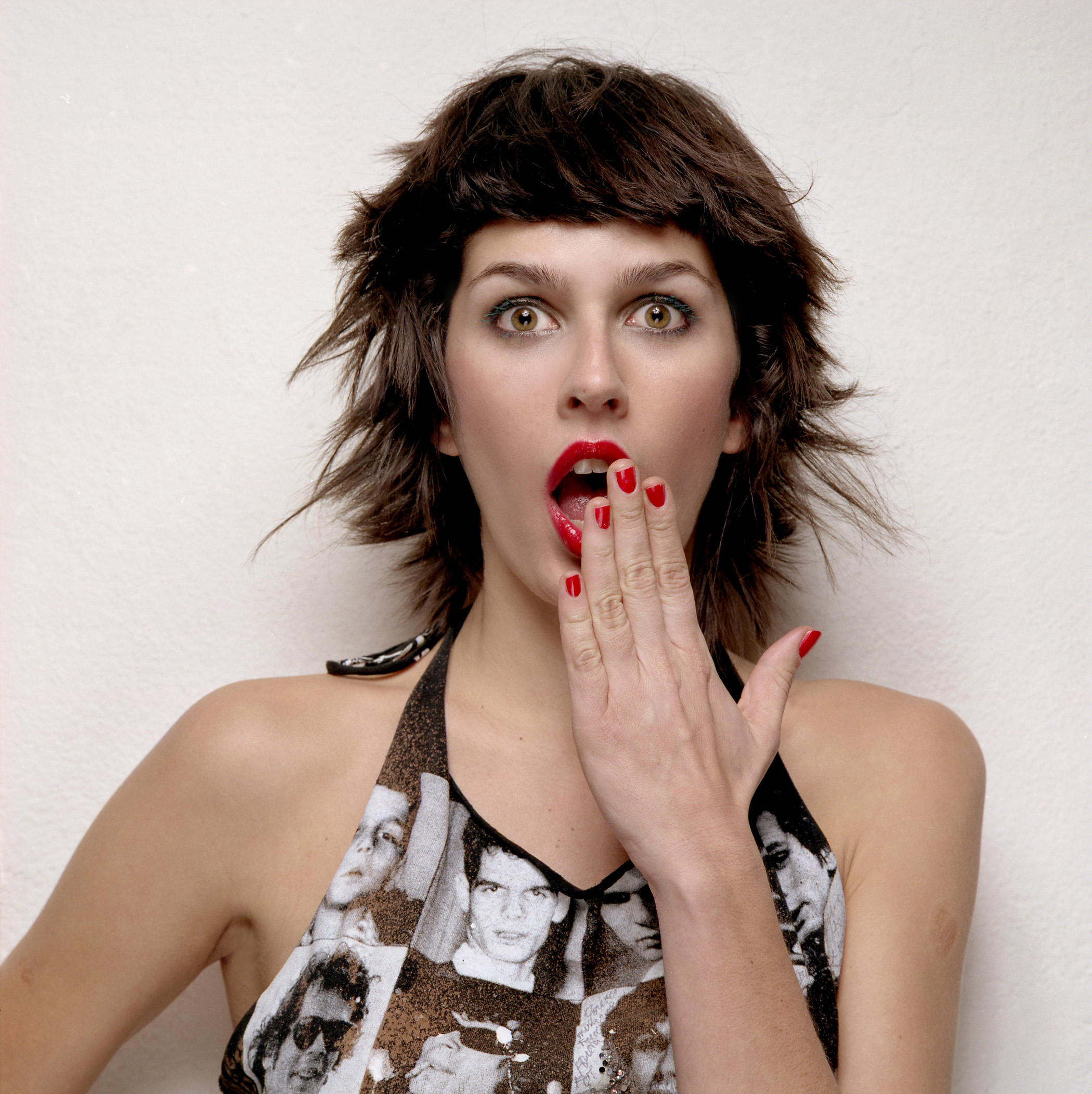 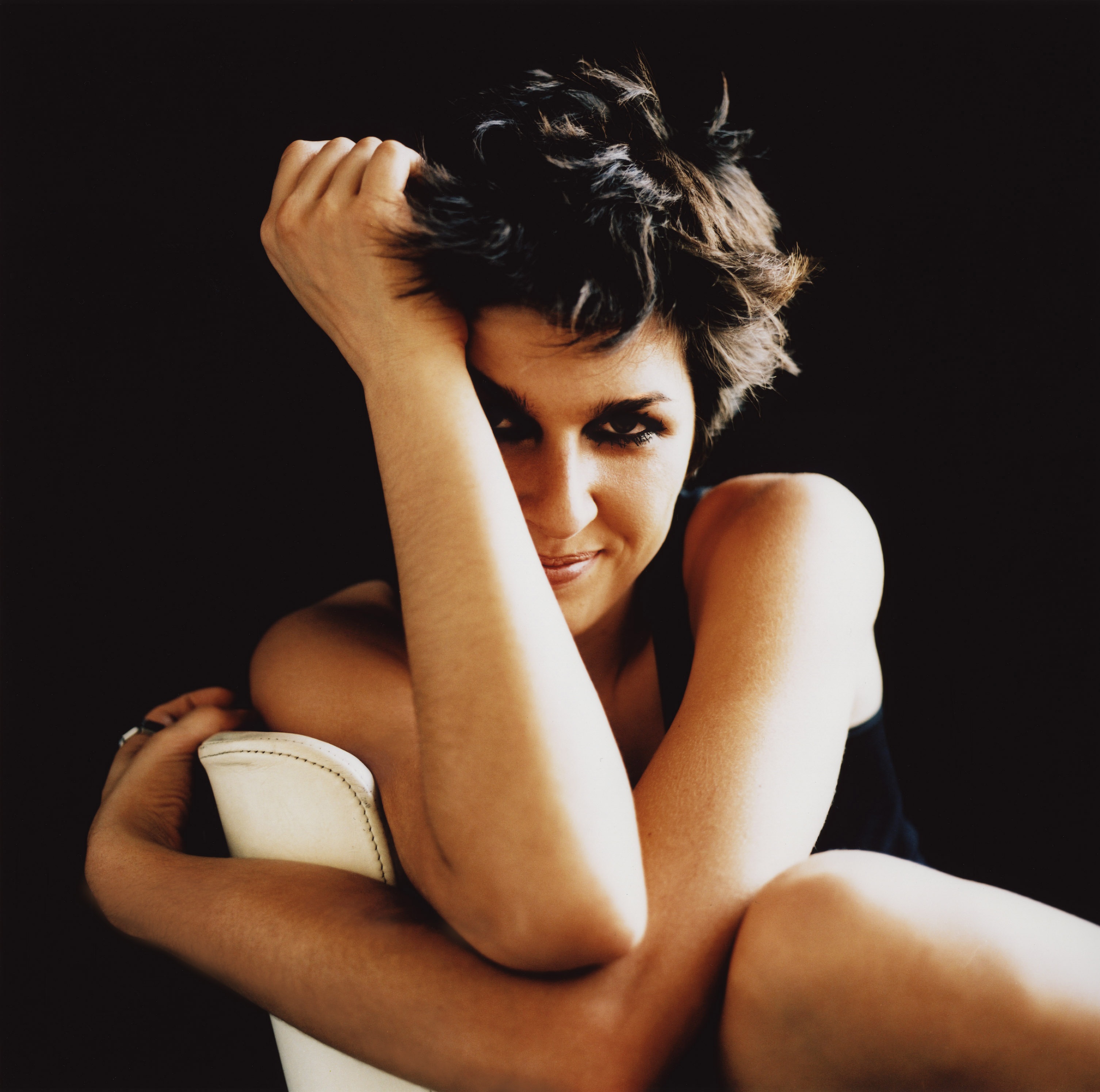 The duet with Spleen is even more unusual. On “Mad Man Song,” almost every sound is made by the two musicians – using their voices and a coffee setting, including spoons, sugarcubes and even the coffee itself.

Cibelle also offers some unusual covers, beginning with the Tom Waits’ “Green Grass.” Harp sounds, metal and wood percussion and a backwards guitar track move over a shuffling beat that would make old Tom proud.  “London London” is a duet with singer/songwriter Devendra Banhart. The song was written by Caetano Veloso while he was living in exile in that city during the early 1970s.  While both vocalists sing in English, Banhart’s voice has an eerie resemblance to Veloso’s. On “Por Toda a Minha Vida,” Cibelle’s spare, nocturnal arrangements reinvent Antonio Carlos Jobim’s song as a piece of glitch electronica

Other highlights on The Shine of Dried Electric Leaves include “Phoenix,” a slow ballad that starts with a music box, adds electronic blips and twitters, then guitars, both forward and backward, and cello.  By the end, the band has become steadily more rhythmic and electric. “Flying High” is an adventurous 6-minute epic over electronic beats that detours into a new key and texture halfway through, then takes another direction again towards the end.

Through it all, Cibelle’s expressive voice ties the album’s many musical threads together.  As in “Minha Neguinha” she can lure you in with her intimate, sotto voce vocals, then ramp up to more emotive, all-out singing. It is perhaps “Instante de Dois” which crystallizes what Cibelle’s music is all about: richly textured and highly produced, with her vocals floating serenely above the fray.  There’s a lot going on: layered keyboards, backwards guitars, the piano wandering into a different key.  It’s a Salvador Dali painting, where there’s so much going on in the background. The Shine of Dried Electric Leaves confirms what fans of her first album already suspected: Cibelle is one of the most inventive and distinctive musicians to emerge in recent years.

The Shine of Dried Electric Leaves is out in North America on Six Degrees Records, under license from Crammed Discs, the Brussels-based, cosmopolitan label which is home to Konono N°1/Congotronics, Taraf de Haïdouks, Bebel Gilberto, the Ziriguiboom imprint and more.