In 1997, with the world music craze in full swing, a guitarist from Minnesota created an international stir with a remarkable album of Tibetan Buddhist chants paired with atmospheric soundscapes of guitar and percussion.  The guitarist was Steve Tibbetts, and while he’d built up a bit of a reputation through his critically-acclaimed albums for ECM Records, he created something profound, and profoundly different, in Chö, a collaboration with the Tibetan Buddhist nun Chöying Drolma.   Rather than a slick piece of Western dance music with appropriated Eastern melodies, this was a carefully produced, deeply felt sonic environment built around and in response to an ancient practice of visualization and meditation.  The Tibbetts/Drolma album was unlike anything else that was happening at the time, and it’s taken seven years for anyone to follow in their footsteps.  Finally, in their Six Degrees Records debut, Steve Tibbetts and Chöying Drolma have released a new recording, called Selwa, which expands on the work they began in that first groundbreaking album.

Selwa (which can mean “luminous”, “clear,” or “awake”) is an album with 11 tracks, but it unfolds as a single, unified expression.  Tibbetts’ instrumental work reflects the spiritual and meditative nature of Drolma’s songs and chants, and grows out of his own long-standing interest in the sacred music traditions of north and south Asia.  If that sounds like a recipe for yet another album of New Age noodling, Selwa will be a bracing surprise. Chöying Drolma practices a form of Vajrayana Buddhism that involves cutting through the various physical and spiritual obstacles to enlightenment (the title Chö means “cutting”), and that practice can take the form of a fairly vigorous meditation, often undertaken in provocative settings like graveyards.  Tibbetts approaches this sort of source material with an uncommon humility and a healthy amount of respect.

Powerful blood drinker, glorious vitality
In the land of Yama, you are Ekajati
Fire eater, blood wearer, wearing the naga emblems
Kali, the Blood Dripper, I praise you.

On a somewhat lighter note, Chöying Drolma’s singing on the track “Vakritunda” reflects both the sounds of devotional Hindu bhajans and contemporary Hindi pop music.  “Vakritunda” is a piece with slightly more Western-sounding percussion and an example of the tasty, guerrilla guitar solos that sneak into much of Steve Tibbetts’ work.

Perhaps the centerpiece of the album is “Song of Realization,” an epic blend of multiple voices, hand drums, acoustic and electric guitars, and other less easily identified sounds.  It is at once a transcendent and grounded work – again, because it follows the text of the aspiration prayer:

The new album was built around recordings made by Tibbetts and his longtime percussionist Marc Anderson in Boudhanath, a Tibetan enclave in the Himalayan country of Nepal.  There, not far from a school for nuns that Chöying Drolma has founded, they recorded her chants, often feeding a drone into her headphones to set the pitch before letting the tape roll.  “It seemed like she was singing with four lungs,” Tibbetts recalls.  “Some of her takes left Marc and I somewhat stunned.  She’d finish the song.  I’d quickly save the recording file on the laptop.  Chöying would say ‘Tik chha?’ – meaning, ‘it’s okay?’ and Marc and I would slowly nod.”  Back in Minnesota, Tibbetts and Anderson wove together tapestries of acoustic and electric guitars, shifting drones, and subtle hand percussion.   They enlisted the support of Lee Townsend, who has produced most of Bill Frisell’s recordings, and created an organic blend of ancient and modern, Eastern and Western.

Guitar aficionados have been following Steve Tibbetts’ since 1977 as he has steadily gone about making himself one of the more inventive musicians on the American music scene.   To a wider audience, however, Tibbetts remains a mystery. His albums reflect his own interest in everything from 1970s progressive rock (King Crimson, Eno, etc.) to ambient electronica, to world music. But the two collaborations with Chöying Drolma occupy a special place in Tibbetts’ music.

Chöying Drolma is a fascinating character herself. She told an interviewer “Even before I was a nun I always had this thought, this question, wondering why, if boys can do something, why can’t girls?  “That kind of attitude continued with me even in the nunnery.  I would see lots of male teachers come and teach.  All males.  Why is it only monks that go on to become teachers, to get these chances?  The Tibetan word for ‘woman’ translates as ‘low birth.’  I hated that.”  She decided she wanted to change the traditional lot of women in Tibetan society, and given her notoriety since 1997’s Chö, she has found the opportunity to do just that.  “That’s what I want to do with the school I’ve started, the Arya Tara school.  I want nuns to learn many things and know why they are doing what they are doing, what the benefit is in it.  Not just in practicing Tibetan Buddhism, but in learning math, English, learning basic medicine.  If they’re doing something, they must know why they are doing it.”

Perhaps the most impressive thing about Selwa is that the musicians know “why they are doing it.”  On the surface, it seems a bizarre collaboration: Why would a pair of American musicians want to spend the time and effort to learn these chants and create a sonic environment that brings them to the West?  Again, the answer lies in the text of one of the aspiration prayers.  The concluding lines of “Song of Realization” read:

If you understand this song, it will be molasses for your ears.
If you cannot understand it, you have no connection with this song.

Selwa is about understanding – not a literal understanding of the Tibetan meditations themselves, but an understanding of the practice of undermining the machinery of conceptualization; creating a space of non-thought, clarity, compassion, and bliss. Selwa offers an unexpected connection to a tradition that’s over a thousand years old. 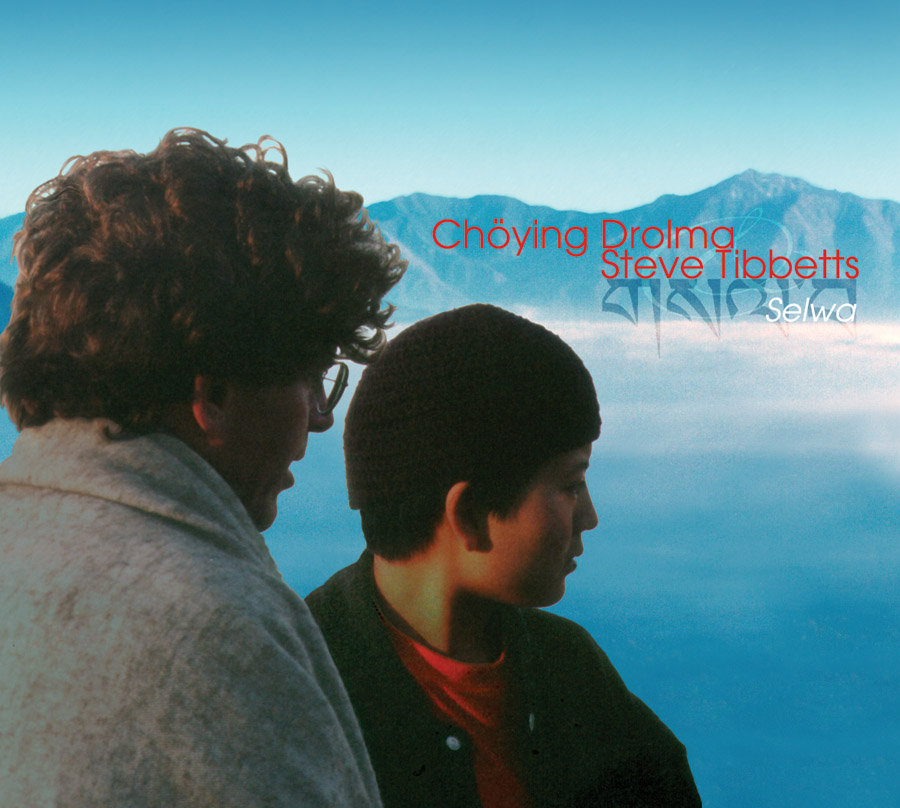