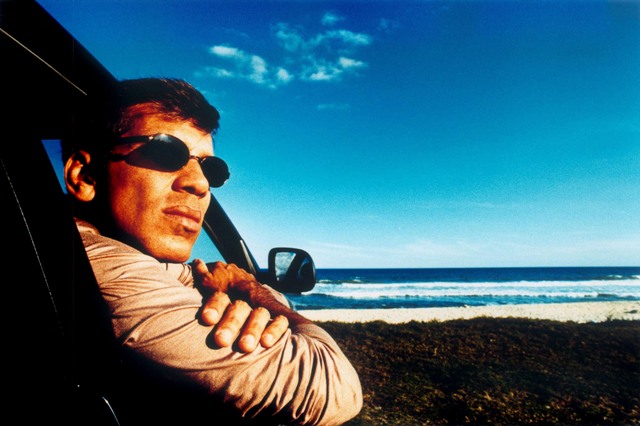 In Brazil, where the national religion is soccer and the national pastime is music, even a gifted singer/songwriter can be just another face in a crowded field.  But Celso Fonseca’s reputation in his homeland has been secure for years, and now, his second international release looks set to reinforce his growing reputation abroad as well.   Rive Gauche Rio is a musical love letter to two cities:  Paris, and especially the artistic ferment of that city’s famed Left Bank in the 50s and 60s; and Fonseca’s native Rio de Janeiro, home to some of the most seductive and elegant music to sweep the music world in those same years.

Fonseca’s new effort is an extension of the sensual, bittersweet, and altogether likeable sound of his 2003 international debut, Natural.  The instrumentation has expanded somewhat – the old Fender Rhodes electric piano, a mainstay of “progressive” jazz and rock in the 60s and 70s, features prominently, and cameo appearances by flutes and trumpet help flesh out the sound occasionally.  But front and center are Celso Fonseca’s reserved vocals and sure-handed rhythm guitar.  In fact, much of the singing on Rive Gauche Rio is wordless – as if to say that language and geography don’t really matter: there’s a little Paris and a little Rio in all of us.

Surprisingly, Rive Gauche Rio blends the classic sounds of 60s bossa nova not just with its usual jazzy tinge, but with traces of early psychedelia as well. An even bigger surprise is how successful, and how contemporary, the results are.  The album’s ambiguous opening sets the tone – moody electronics open “O Rio Para Trás,” then are suddenly joined by Fonseca’s soft, wordless vocalese and acoustic guitar, playing in a different rhythm.  On “Um Mundo Estranho,” Fonseca plays a guitar part reminiscent of vintage Pink Floyd, with the modern studio’s arsenal of tricks subtly deployed – distant, reverberant voices; backwards guitar; strings; other, less easily identified electronic blips and beeps.  It’s all driven by a typically tropical, unhurried rhythm that betrays the work’s Brazilian roots.

The reason all this works is not just because of his whispery vocals and distinctive, unerring guitar; Fonseca is also a first-rate producer.  He and his globetrotting countryman, Caetano Veloso, have worked together producing some of the most acclaimed Brazilian music releases in recent years, including albums by singers like Virginia Rodrigues and Marisa Monte.  Now, working on his own set of original songs – plus two startling “covers,” Fonseca has put that experience to good use.  In “Perdí,” stray samples form a rhythm track with acoustic guitar and electric piano in a low-key but virtuoso piece of production.  It might as well be titled “Who Needs Percussion?”  Of course, the answer is – we do.  Especially when it grooves as effortlessly and as deeply as it does on the very next track, Fonseca’s version of Damien Rice‘s “Delicate.”  With its slow, graceful guitar and slightly processed vocals, it is another example of Fonseca’s uncanny instincts in the studio – beautiful, sensual, and slightly melancholic all at once.

So the musical wonderland known in English as “Brazilian Popular Music” (or MPB, as the Brazilians call it) comes face to face with some of Fonseca’s other musical interests:  in addition to the young Irishman Damien Rice, he lists the highly-touted jazz pianist Brad Mehldau and the Uruguayan singer/songwriter Jorge Drexler as major sources of inspiration.  “Those artists drove me to blend many elements into my own way of making music,” Fonseca explains.  “Damien Rice for example is an extraordinary songwriter.  His ability to write simple yet intense and emotionally intimate songs is remarkable.”  Those qualities of simplicity and intensity are evident in some of Fonseca’s original works too.  In “Por Acaso, Pela Tarde,” a simple bass line that might’ve come out of the 60s Latin Jazz movement supports atmospheric vocal sounds and subtle touches of orchestration, especially the flute.  But Fonseca’s obsessive, repeating guitar chords and flute riffs give it an almost psychedelic flavor.  Even in “Feriado,” where the guitar playing is about as rhythmically forceful as you can get, there’s still a languorous, lyrical quality thanks to the relaxed keyboards and wisps of wordless vocals and flute. 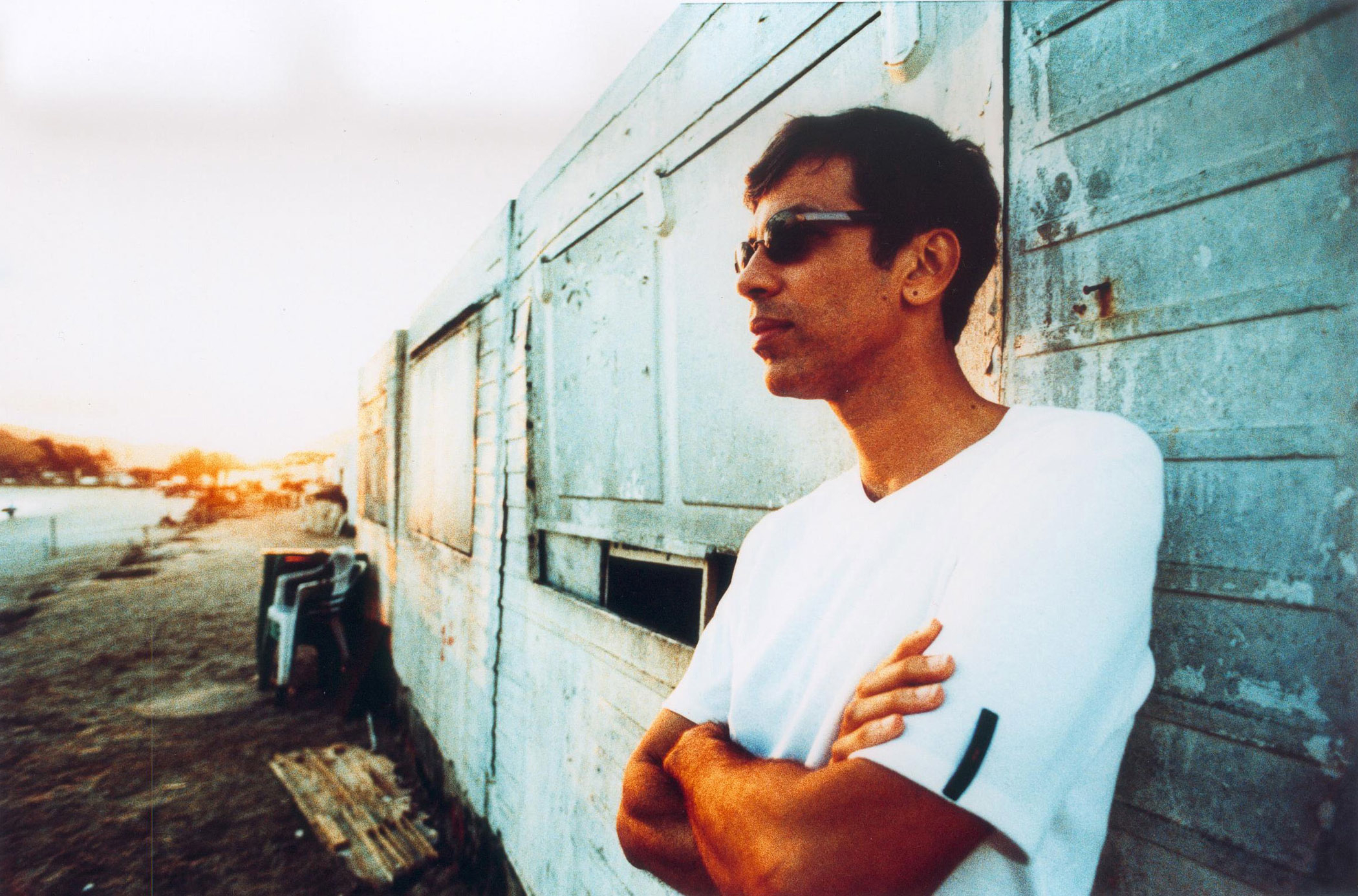 Whether he’s singing in his native Portuguese, in English or Spanish, or no language at all, Fonseca’s musical roots are showing – and they run pretty deep.  “Don De Fluir” sounds like a song from the great Brazilian tradition – the world of Jobim, Veloso, and Gilberto.  Except that it’s not – it’s a Spanish-language duet with Jorge Drexler, the Uruguayan singer/songwriter who won the 2005 Oscar for Best Song for his contribution to the film “Motorcycle Diaries.”  Then there’s Fonseca’s English-language song,  “My Broken Heart.”  No tricks, just a singer and his guitar.  But with its elegant melody; its often unexpected, jazzy chord progression; and the casual sensuality and sentiment of the lyrics, this sounds like Antonio Carlos Jobim reworking a Bill Evans tune.

Rive Gauche Rio has a few other surprises up its sleeve.  The region of Bahia is such a critical staging ground for the African influence in Brazilian culture that even though this album specifically gives a shout out to Rio and Paris, it can’t ignore Bahia.  So Fonseca wrote “Atlantico,” using typically Brazilian sounds like the berimbau (the archery bow instrument that sounds like a natural “wah-wah” pedal) and the cuica (a small drum that squeaks when a string is pulled through its center – best known to Americans from the end of Paul Simon‘s “Me And Julio Down By The Schoolyard”).

The trumpet isn’t nearly as exotic an instrument – to us, at least – but it’s not often heard in Brazilian popular music.  Fonseca adds a bit of restrained trumpet playing to the vocals, guitar, and percussion on “Pousada,” and creates something genial, jazzy – and very Brazilian.  You could say that about virtually all of Rive Gauche Rio, written by a man who’s just spent two years on the road, this album is a soulful tribute to home.  “All these songs are love songs of one kind or another,” Fonseca says. “Despite the fact that Rio isn’t the same place as the one I was raised in, I’ve been trying to preserve an image of the city that always exists in my dreams.  Doing this I can feel the eternity of the moment.  No time, no decadence, no death.  Just my timeless romance with Rio.”

Listen to a review of Rive Gauche Rio on NPR’s “All Things Considered” here.