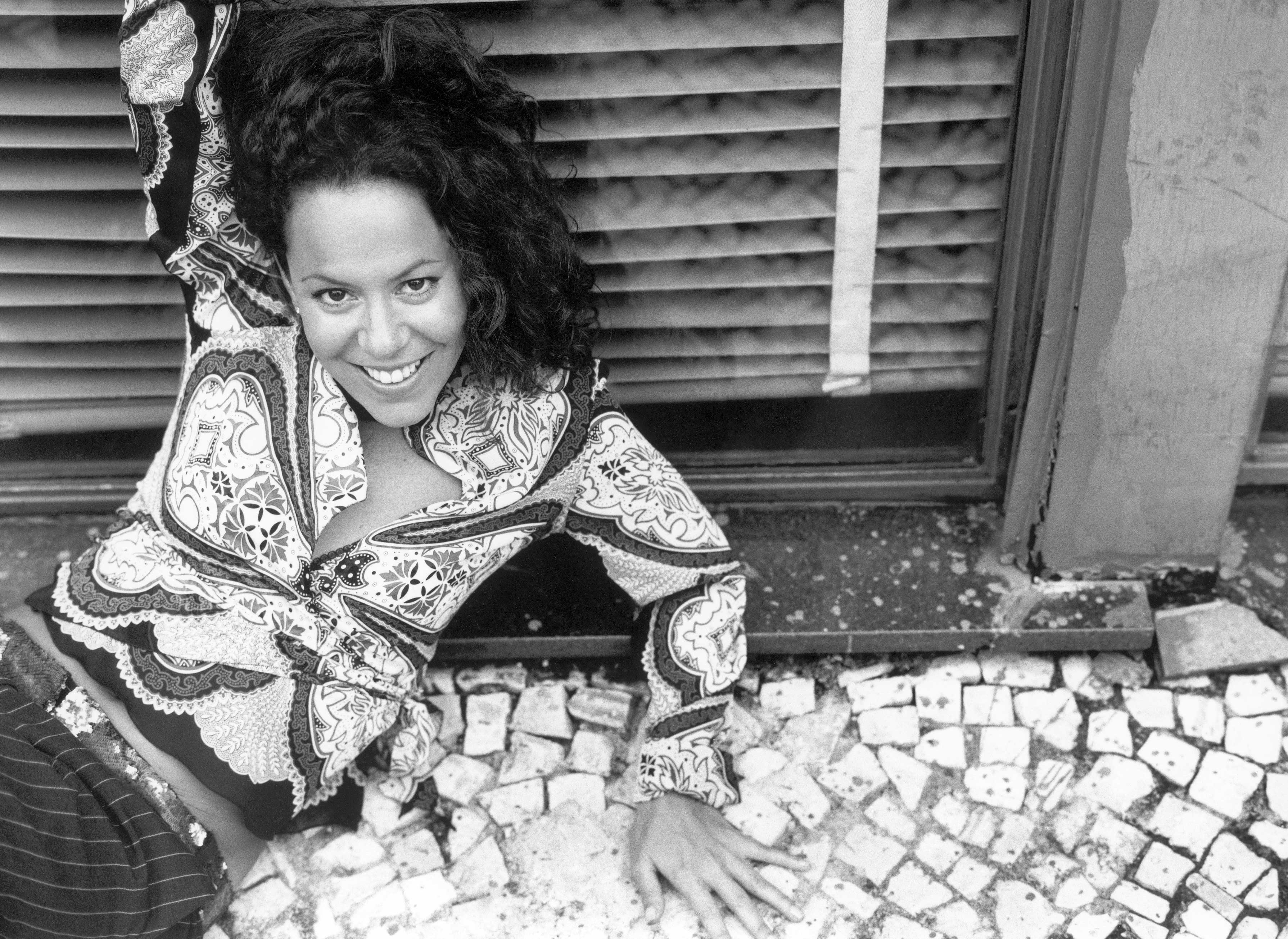 Bebel Gilberto is back with Momento, her third solo album, presenting some of her most elegant and personal musical statements since bursting on the scene in 2000, when her Grammy nominated debut album Tanto Tempo took the world by storm and conquered audiences worldwide.

Momento is about a moment in time and living in the moment ­ an apt title for these times of fast but shallow information. The album draws on the graceful, low-key Electronica of Tanto Tempo and the enchanting, acoustic simplicity of her second self-titled album. Gilberto’s voice is presented in a variety of settings that showcase her magical delivery and subtle, powerful emotions. On Momento Gilberto also comes into her own as a songwriter, writing or co-writing the majority of the songs, and delivers three impressive covers ­ “Caçada” (written by her uncle and famed songwriter Chico Buarque); “Tranquilo” (written by young Rio producer Kassin) and a heart-stopping Bossa-Jazz version of Cole Porter’s classic “Night And Day.”

“I take total responsibility for this album,” Gilberto says of Momento. “I took a lot of risks: trying different approaches, experimenting with sounds and getting away from the perfectionism of the studio. This one is more about my feelings and views. It reflects who I am now, as a person and as an artist.”  Momento was made with the help of four diverse producers, including the artist herself, and recorded in three of her favorite cities ­ London, Rio de Janeiro and New York.

“I have some strange karma with London,” Gilberto says. “It brings me concentration and focus. There’s a feeling in London that makes me lonely, yet complete.” In London, Gilberto worked with acclaimed British producer Guy Sigsworth who also produced “Cada Beijo” on Gilberto’s eponymous second album. “Guy and I worked in the studio from 11 am to 9 pm every day,” Gilberto explains. “I got up early, warmed up my voice and went to the studio to work. Sitting down and writing with Guy was both challenging and inspiring. I was in the middle of a tour and wasn’t sure if I was in a creative mood, but he got the album started before I even knew I was writing an album. Bebel and Guy created and recorded the songs “Momento,” “Azul,” “Close To You” and “Cadê” in London in a few different trips.

“Working with the band Brazilian Girls on “Bring Back The Love” in New York was entirely different. Those sessions had the craziness and the sincerity I want, without obsessing about perfection, just finding the right emotion for the right moment. It was great to work with old friends of mine.”

“Caçada” was recorded in Rio at a small studio with an ocean view with some of the musicians from my band as Mauro Refosco and Jorge Continentino, who also have their own band Forró In The Dark. Keyboardist and producer Didi Gutman completed it in New York. “The ‘Tranquilo’ sessions were really magical. We had a live set up with the innovative 19-piece Orquestra Imperial playing along while I sang.” 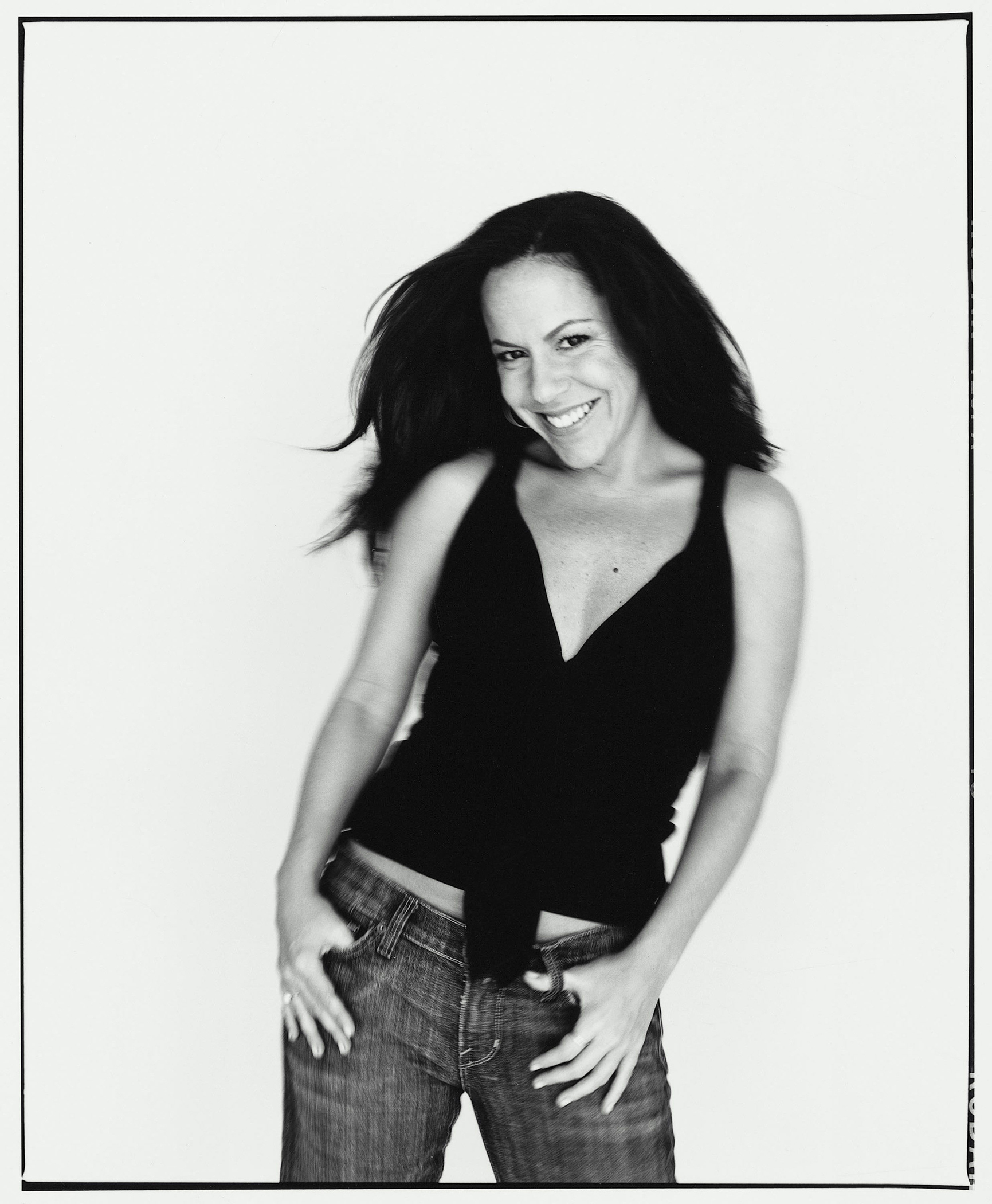 The music on Momento is as forward thinking and dynamic as we’ve come to expect from Gilberto, an artist with an omnivorous creative bent. The title track was a spontaneous creation, written by Gilberto and Japanese guitarist Masa Shimizu. Shimizu has been in Bebel’s band since the beginning, and has collaborated with her since her second album. It’s a hypnotic tune with the bass supplying a constant heartbeat, while Guy Sigsworth’s layered keyboards produce rich, subtle colors. Sabina Sciubba and Didi Gutman co-wrote ‘Bring Back The Love’ with Gilberto. The rest of the Brazilian Girls supplied the backing track, a funky amalgam that blends 70’s wha wha keyboards, acoustic guitar, bass heavy dance beats and samba percussion accents. ‘I let the band find their own groove on this track’ Gilberto says. ‘Didi has been on the road and played keyboards with me for almost three years before founding the Brazilian Girls with Sabina who is also a great friend of mine.”

“Os Novos Yorkinos” is another tune co-written and produced with Gutman and Sciubba. The syncopated handclaps and acoustic guitar give the tune a feel that’s both urban and pastoral. “It’s a tribute to the city we all love,” Gilberto says. “We feel free here. Things happen in New York that could never happen anywhere else. It’s a place artists from all over the world identify with, vagabonds who love being creative and don’t feel guilty about staying up all night. The title of the song is an homage to the 70’s Brazilian band Novos Baianos who played Brazilian funk, rock and psychedelia.”

Other standout tracks include ‘Caçada’ (The Hunt) a song written in the early 70’s by her uncle Chico Buarque. “Caçada” has a distinctive Forró taste (a musical style popular in Northeastern Brazil) featuring the Pífanos flutes and the powerful Zabumba drums plus acoustic and steel string guitars. ‘Tranquilo’ features a hybrid Latin-Brazilian vibe provided by Rio’s Orchestra Imperial, and is an extremely positive song with lyrics about going through life with tranquility and peace. “Night And Day,” co-produced by her long time friend and Ziriguiboom A&R Béco Dranoff, is the Cole Porter standard that she’s loved since her youth. “It was recorded in New York with all the horn players that I’ve toured with over the years, to create a subtle late night ambiance on the song.” The tune has an aching and extremely romantic, bossa-blue mood.

Gilberto co-produced all the tracks on Momento. “In the studio today you can play, edit, double tracks or delete them. It was a big challenge, but big fun too.”

Bebel Gilberto’s soulful restrained blend of Brazilian and international music took the world by surprise with the release of Tanto Tempo in 2000.  Although Gilberto has an impressive genealogy ­ she never had any intention of following in her parent’s footsteps. She developed her own unique style moving to New York City and working with artists as varied as David Byrne, Caetano Veloso, Towa Tei (Deee Lite) and Thievery Corporation. By the time she recorded Tanto Tempo, she had already forged her own musical identity, combining Brazilian Pop, European sophistication, and cutting edge Electronica with a unique silky vocal style that entranced audiences all around the world. While Tanto Tempo became the third biggest selling Brazilian album in US chart history. It also earned her two Latin Grammy nominations for Best Brazilian Album and Best New Artist.

On her second self-titled collection, Gilberto aimed for a more traditional sound. “I called the album Bebel Gilberto to make a statement about my name,” the singer says. “I grew up cautiously, in terms of being a songwriter, not knowing how people might react.” There are still touches of Electronica on Bebel Gilberto, but it’s largely a showcase for her sweetly affecting vocals and polished songwriting.  The backbone is the sound of acoustic guitars, strings, traditional Afro-Brazilian drumming, bass and piano, balancing the sound of her homeland with her forward looking vision of global popular music. Your attention is immediately captured by Gilberto’s warmth and her elegant melodies. The album captured positive press worldwide and earned her another Grammy nomination – Best World Music Album. ‘I am honored that people look forward to hear my music, which is the biggest inspiration an artist can have.”

Momento continues Gilberto’s upward momentum. Momento nods to the rich musical background the singer grew up in, but she uses it as a springboard for her own ineffable global vision. Momento’s blend of Samba, Pop, Bossa, Electronica, and Gilberto’s growing confidence as both singer and writer, catapults her into the first rank of international performers.  There is no category that can contain her, save one ­ Bebel Music. Welcome to this ‘Momento.’ 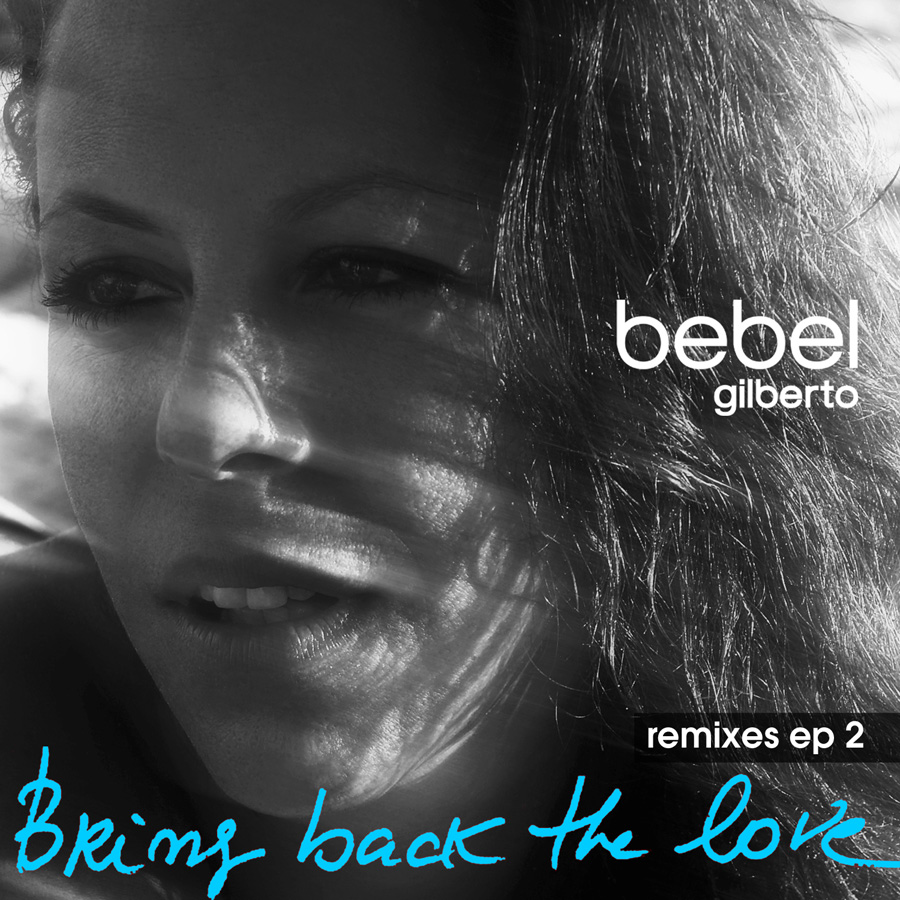 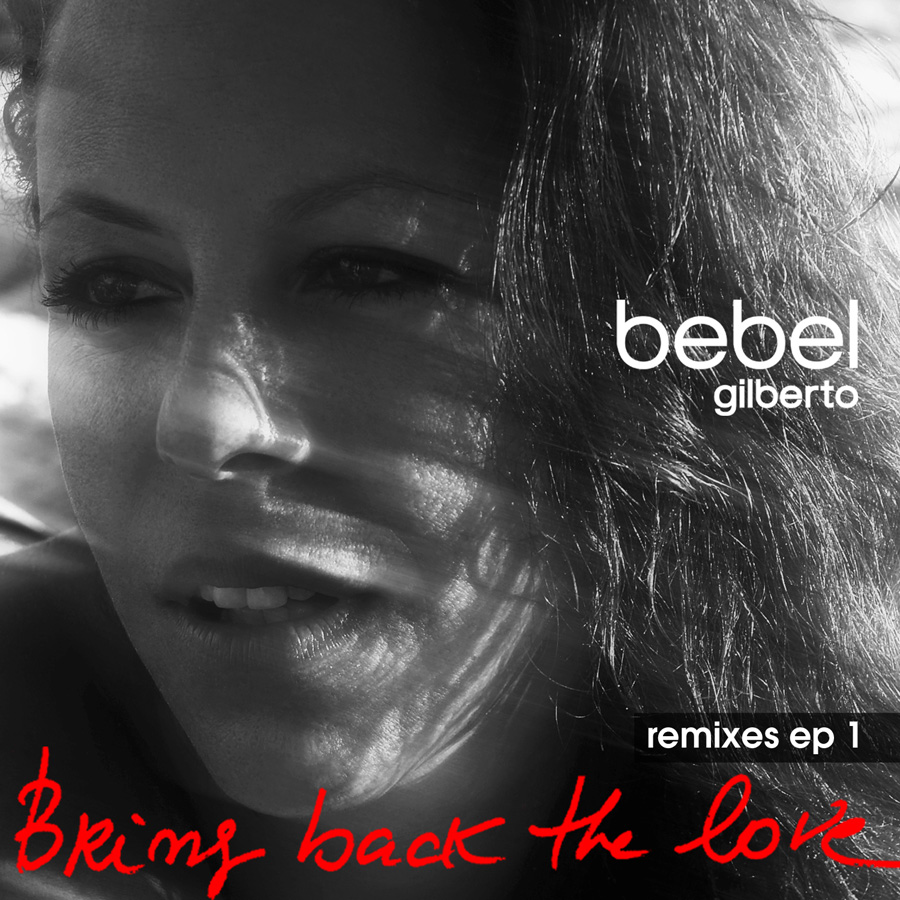 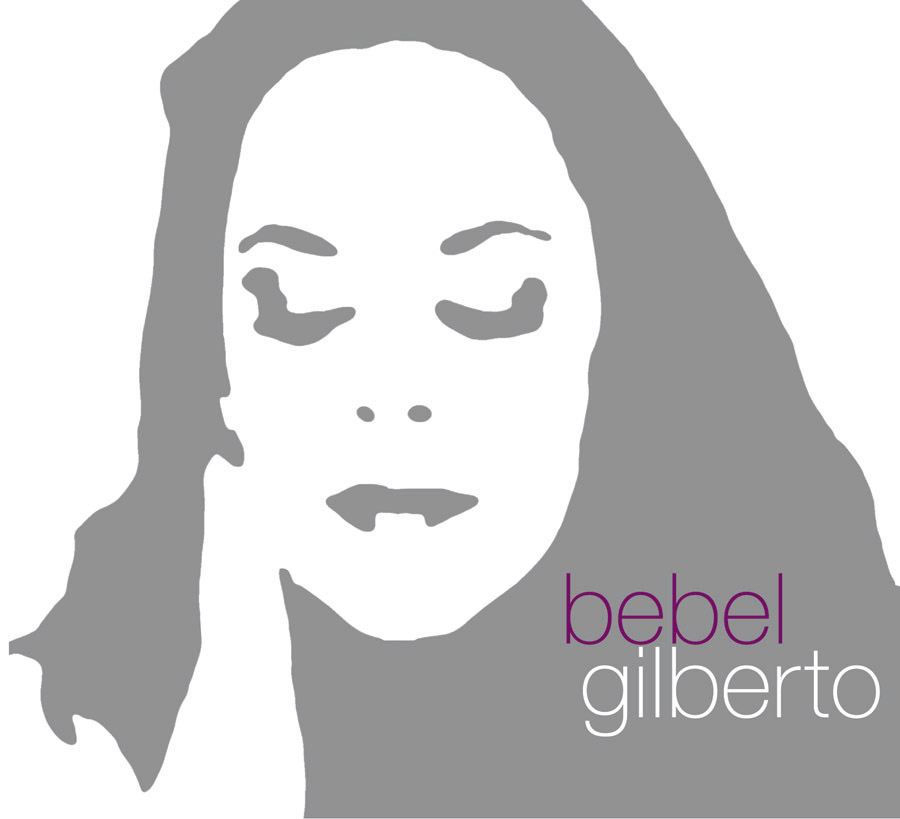 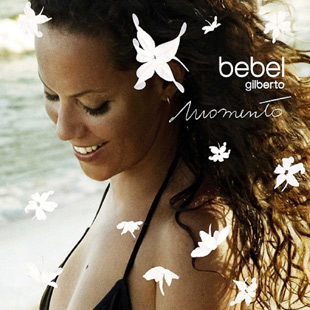 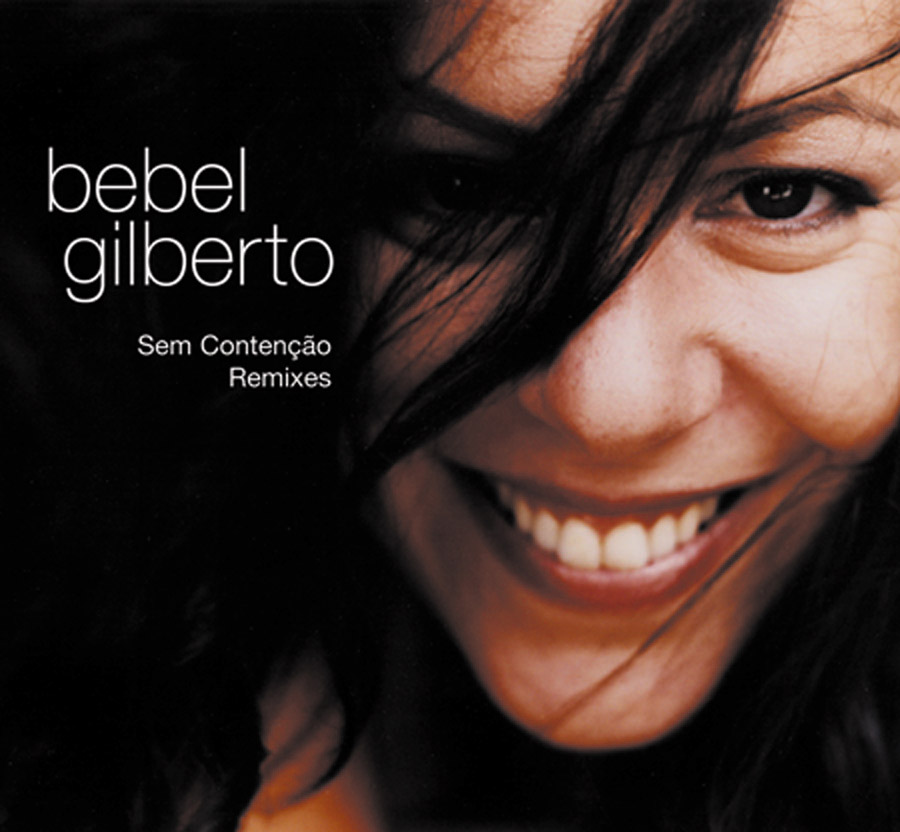