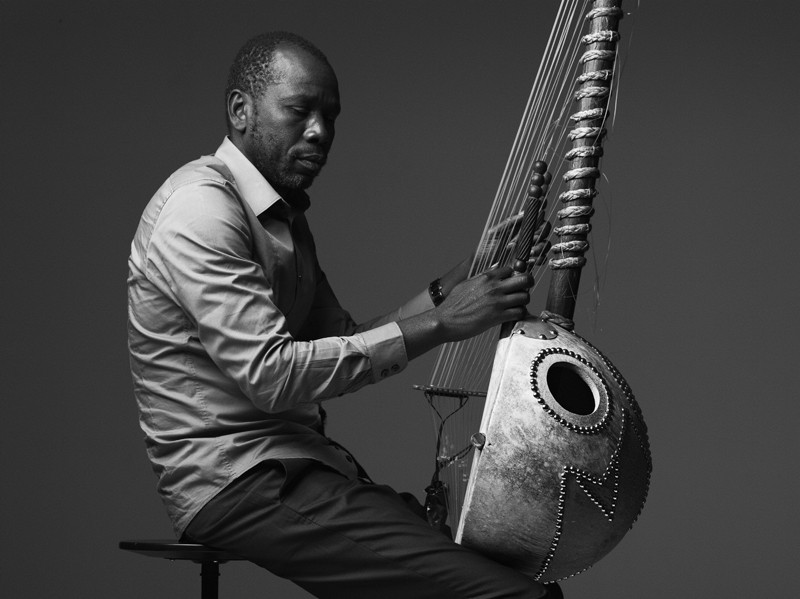 In 2009, in the depths of the Malian night, kora player Ballaké Sissoko and cellist Vincent Segal recorded the stripped down dialogues that became the album, Chamber Music. The record collected rave reviews and became an instant classic. It was rewarded with a “Victoire de la Musique” (a French Grammy award) and resulted in 200 concerts around the world. This kind of popular and critical success would have made the idea of Chamber Music Volume 2 very appealing-but Ballaké Sissoko isn’t in the business of sequels. Ballaké’s music is perpetually galvanized by the people he has met throughout his life (Toumani Diabaté, Taj Mahal, Ludovc Einaudi, Stranded Horse) and by playing the kora every single day. “I didn’t want to do Chamber Music all over again,” confirmed Sissoko, “I wanted to work on its continuation.”

That is why Vincent Segal is participating again. Just like on Chamber Music, Segal put his skills as a musical director to work. As it was on Chamber Music, the set-up for At Peace was intimate and only the most essential tools were used, avoiding superfluous production tricks & overdubs. The onus was on spontaneity, and priority was given to first takes. The word “peace” included in the title of the record is not used casually or just as some rhetorical device ; it is the ferment of the sonic and human dough that Ballaké Sissoko leavens – It is probably his first instrument.

“When I want to play with someone” says the Malian musician, “I first have to understand the way he works, I have to build a friendship. That’s my first reference point and it takes time to get there.” Recorded in Angouleme (in Western France) in the studio of jazz bass player Kent Carter, At Peace gathers Sissoko’s long time trusted musical companions. In addition to Vincent Segal, the album also features Aboubacar “Badian” Diabaté, whose slick yet understated touch on twelve string guitar is colored by his previous life as a Ngoni player, the discrete and essential Moussa Diabaté, his ideal partner on the six string guitar and Fasséry Diabaté, whose subtle sketches on the balafon were also featured on the Tomora and Chamber Music albums. Featured together, the musicians produce music that is remarkable for its sophistication and that beautifully exhibits the art of weaving and conversation that is apparent even on the most intimate tracks. Highlights of the sessions include the two kora-guitar duets, “Boubalaka” and “N’tomikorobougou” (amazing impromptu exchanges between Badian and Ballaké recorded in the kora player’s courtyard in Bamako) as well as the kora-cello duet “Kabou” and the luminous trio cover of “Asa Branca,” one of Brazilian musician Luiz Gonzaga’s classics.

Perhaps the most distilled representation of the album’s intent are the solo recordings “Maimouna,” “Nalésonko” and “Kalanso”. In these tracks, Ballaké Sissoko expresses the essence of his language by slightly diverting a rhythm or subtly changing a cadence or notes-exhibiting his own unique way of serenely revolutionizing tradition, like he’s not even touching it-or in other words, like he’s at peace with it.

At Peace relies on the strong bond that unites its musicians but it is also an adventurous record, full of chance encounters and acrobatics. The peace displayed in the album is the peace of the brave, of musicians who aren’t afraid to rub shoulders with the unexpected and unprecedented. “I wanted for people to hear musicians in the process of discovery, musicians who sometimes were surprised by what they are playing,” says Ballaké.

As a child, Sissoko was never formally taught how to use a kora, he taught himself just by patiently watching his father, the virtuoso Djélimady Sissoko. It’s through the power of listening that he became the master of the musical space and time that we can hear on At Peace. Just like, Birth Of The Cool era Miles Davis, Ballaké Sissoko has opened a new door on this record by creating a synergy with his fellow musicians that relies on a heightened sense of listening and empathy. At a time in history when Mali is going through one of its most troubled and divided eras, At Peace is ultimately a master class on harmony and healthy community life. 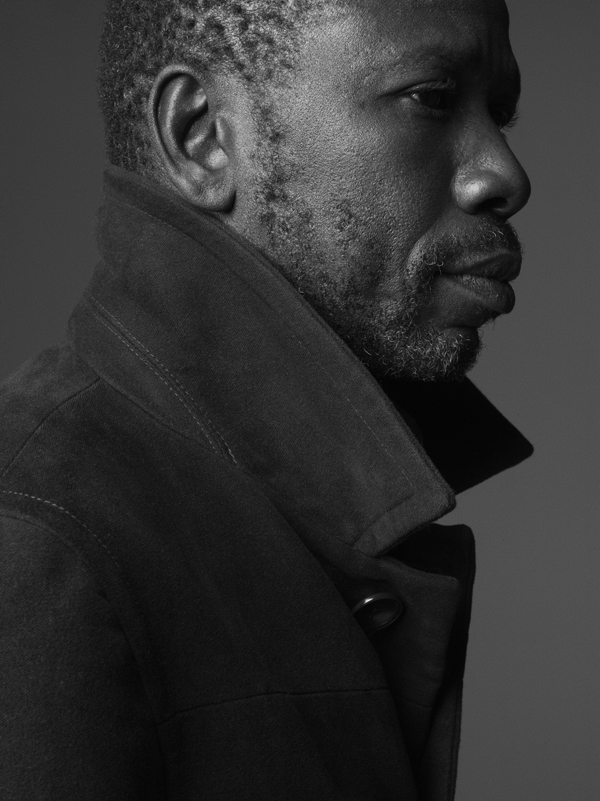