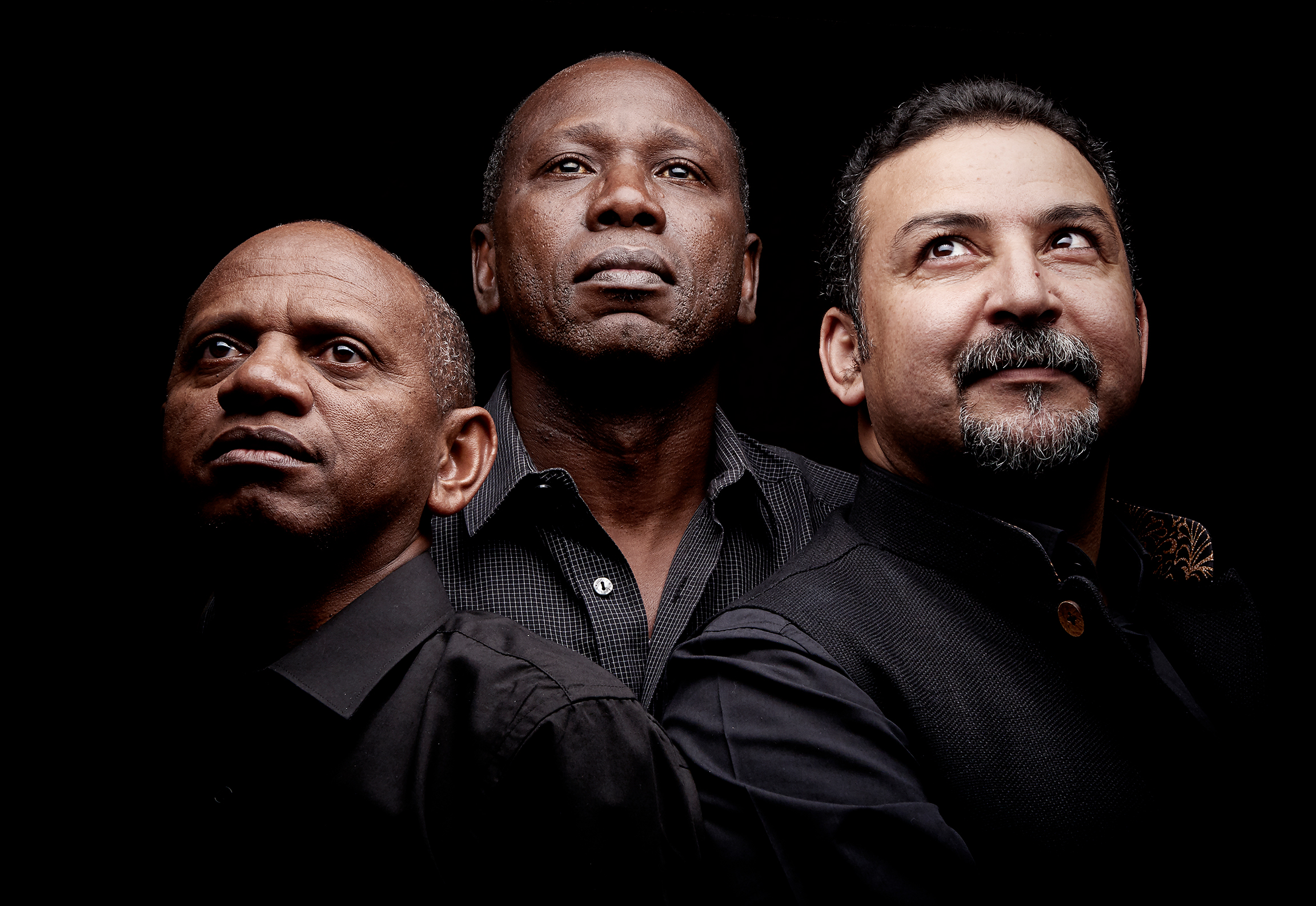 3MA is the meeting of three string-instrument virtuosi, emblematic of their countries in Africa, but also of generous artists who share a musical passion, a reciprocal dialogue and a beautiful friendship.

In 2006 when the Malian kora magician Ballaké Sissoko, the Moroccan maestro of the oud Driss El Maloumi and the Malagasy prince of valiha Rajery met, they could have stopped like so many others after a bunch of concerts and one final recording. But the miraculous tremor that rose from their instruments when they began playing together still resonates today. Driven by the pleasure of an exceptional musical relationship but also a human one, they have met regularly since, and always joyfully, their reunions always enriching their solo careers.

Centuries of musical tradition run through Ballaké Sissoko’s fingers. In his griot family, tricks and secrets for playing the kora have been inherited over generations. At first, Ballaké learned to play the instrument in secret, as his father did not want him to become a musician, but later he was able to study openly with traditional griots. In 1997, together with his cousin Toumani Diabaté, he recorded New Ancient Strings, which refers to the very first kora instrumental album, Ancient Strings that their fathers had recorded 30 years before. As a member of the Instrumental Ensemble of Mali, Ballaké started playing all over Africa, then in Europe. He later formed his own troupe in France before gradually gaining international recognition. His limitless creativity has led him to fruitful collaborations with the Italian pianist Ludovico Einaudi, the Iranian-born percussionist Keyvan Chemirani and the Cretan lyra player Ross Daly. Of all his experiments, one of the most fertile has been his collaboration with the cellist Vincent Segal, which has achieved great recognition and introduced the kora to a new audience.

In 2015, Ballaké Sissoko took part in the soundtrack of the César award-winning movie Timbuktu from director Abderrahmane Sissako. 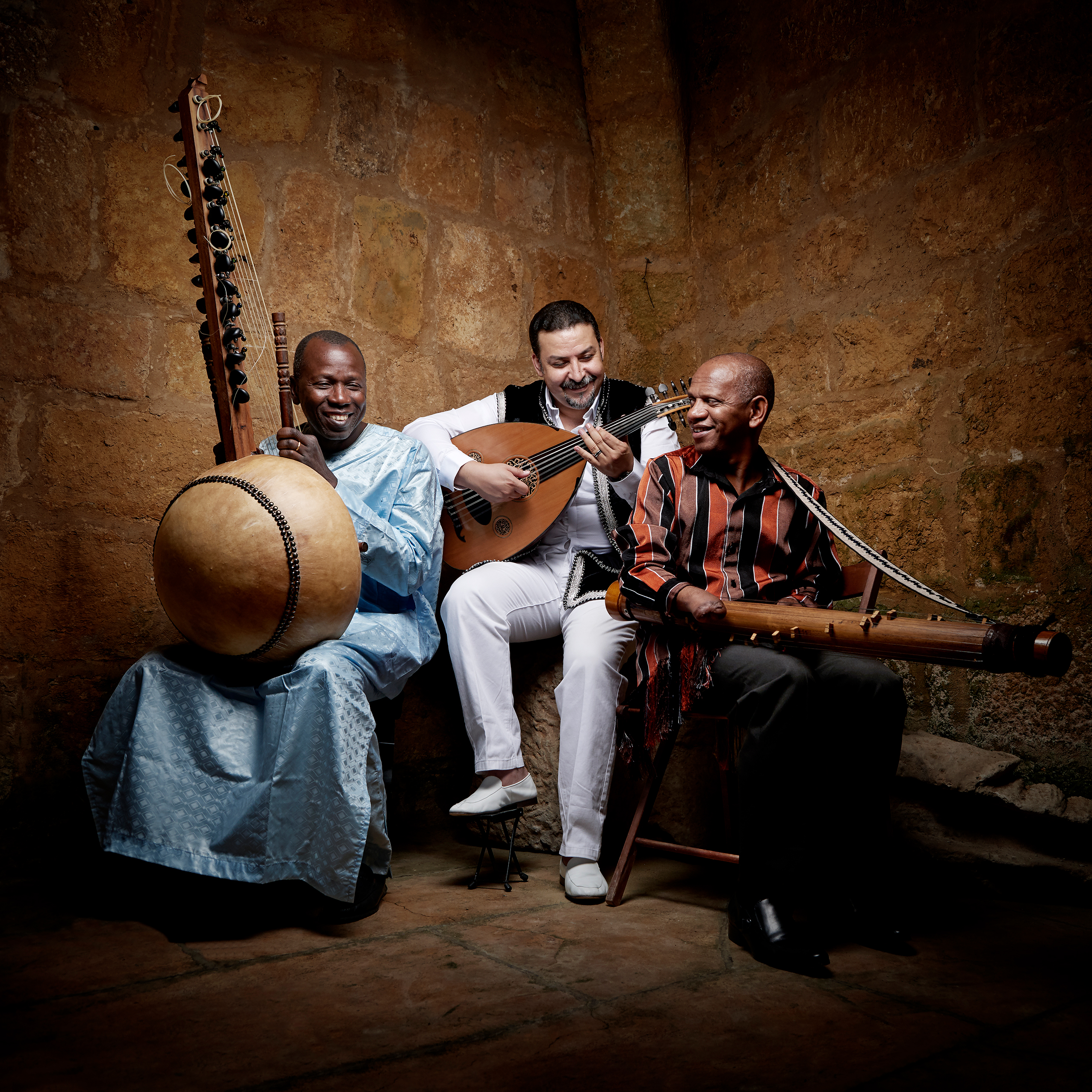 The Moroccan musician of Berber origin, Driss El Maloumi, received a Western and Arabic classical music education. Thanks to his broad cultural background, his boundless mastery and vast curiosity, he was able to collaborate with various artists as diverse as jazz trumpet player Paolo Fresu and Indian slide guitarist Debashish Battacharya. For the past 20 years, he has been one of the pillars of the Hespèrion XXI ensemble of the renowned viola da gamba player, Jordi Savall, who since 2014 has also incorporated 3MA in two of his creations. Whilst being director of the Agadir Conservatory of Music, Driss El Maloumi also pursues a successful solo career.

In 2017 Malagasy valiha player, Rajery, counts 37 years of playing valiha, 35 years of live performance and a 25-year-long international career. A path that did not began without difficulties. Facing amputation of his right hand as a young child, Rajery overcame his disability, achieved instrumental fluency, then virtuosity, with his tubular harp. The RFI’s World Music Award in 2002 settled his status of leading artist. His European tours are frequent while his home activities remain full and committed. Rajery founded a musical festival in Madagascar and gets involved in education, musicotherapy and reforestation.

Since their debut record in 2008, the 3MA musicians have been through many individual experiences broadening their knowledge. They meet regularly to give 3MA concerts throughout the world and over the years, new ideas have sprung up, and then have been refined, giving birth to new compositions or reworking existing ideas. A decade after the beginning of their adventure, it was time to take stock and get back into the recording studio. This new album bears witness to their wonderful connection and mature experience. Percussionist Khalid Kouhen joins in on two tracks to add delicate pulses with his Pakistani percussions and Indian tablas and on two other tracks we can even hear Rajery, Driss and Ballaké singing. But for the rest of the record, the string instruments reign and weave their magic alone. Each piece is the result of a unique chemistry in which individual parts are hard to define. The sounds of kora, oud and valiha do not try to stand out over each other, but instead develop a common language. While we never lose sight of the rich traditions which Ballaké Sissoko, Driss El Maloumi and Rajery embody, we hear above all a shared message from 3MA, a message that rallies against the violence of our world, with their soft and invigorating harmonies, vital energy and universal poetry. 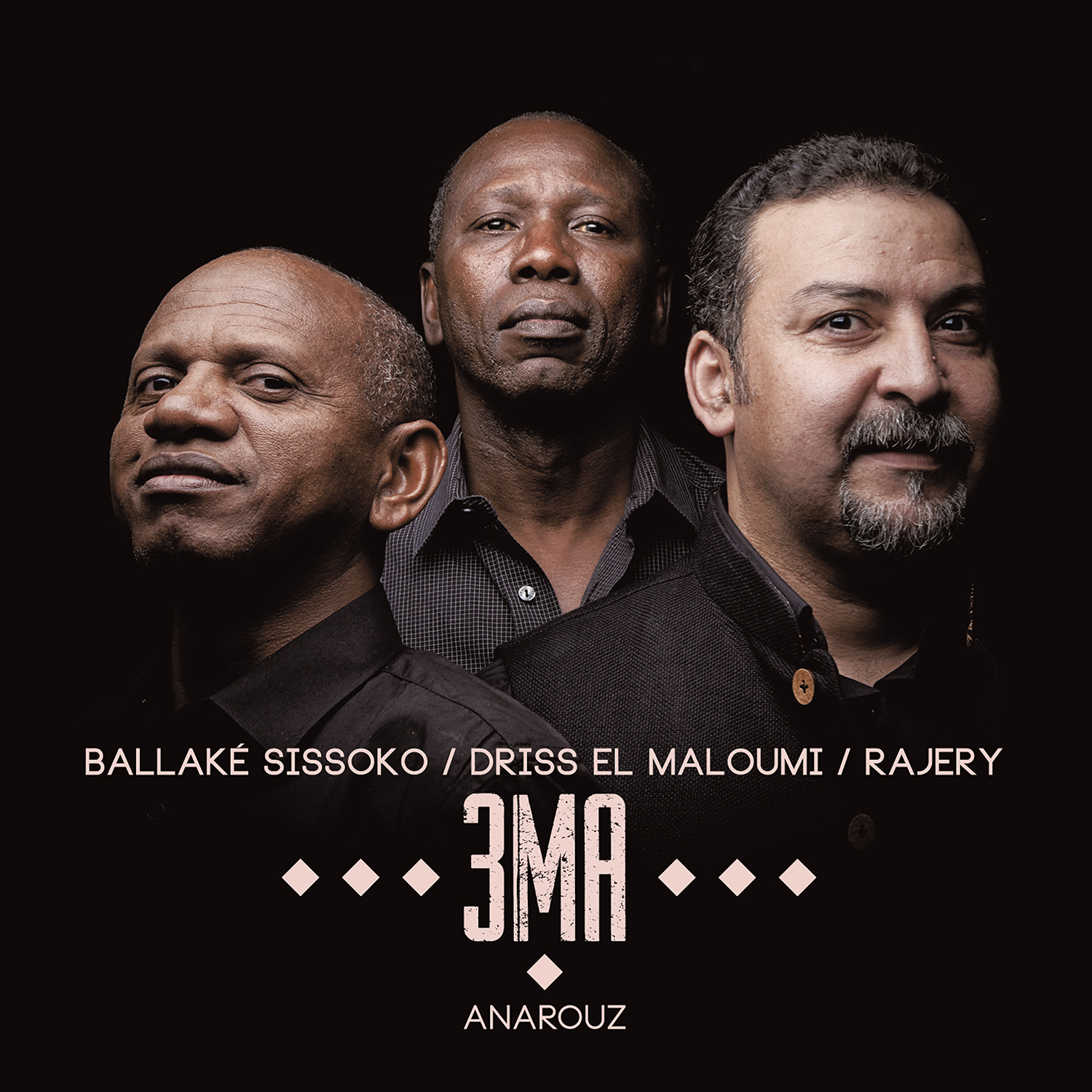