‘My first exposure to Indian music was the Ed Sullivan show with Ravi Shankar via George Harrison,’ says Cuccurullo from his home in Venice, CA. ‘I was 10 years old. When that sound came over here, I was instantly attracted to it—just the Indian classical music itself, forget about ‘Within You, Without You’ and the stuff on Revolver.’

While Cuccurullo was entranced by Shankar’s hypnotic sitar playing, it was Alla Rakha’s tabla that truly seduced him. The young musician threw himself into the world of classical Indian sounds being introduced to America by the Beatles and Shankar’s tireless efforts. The young guitarist proved to be an open-minded musician: enamored with the music of Frank Zappa, he went from loving fan to the man who played all the rhythm guitar and some vocals on the Joe’s Garage albums, as well as touring the world with Zappa.

A few years later, when Zappa stopped touring, Cuccurullo co-founded the new wave band, Missing Persons, alongside Dale and Terry Bozio, before joining Duran Duran in 1987. He went on to co-write some of their most famous songs, including ‘Ordinary World’ and ‘Come Undone.’ One of the top pop songwriters in the world, Cuccurullo never forget his passion for Indian music, especially the one sound that kept playing in his mind: the sarangi, a bowed, short-necked stringed instrument that figures prominently in Hindustani music.

‘The first time I ever saw the actual instrument played live it was on stage in 1991 at Royal Albert Hall,’ says Cuccurullo. ‘Duran Duran was doing a benefit concert, and Sultan Khan and Zakir Hussain were performing at the same show. It was him sitting there, the guy playing on all those records with George Harrison in the Dark Horse period. I was able to see who makes that noise.’

Khan was legendary in India until his passing in 2011. He single-handedly kept the sarangi tradition alive, awarded the Padma Bhushan in 2010, India’s third highest civilian award. Like Shankar, his outreach efforts were ambassadorial: he composed for Hollywood blockbusters, joined Bill Laswell’s East/West supergroup Tabla Beat Science and cut a record with Swedish bassist Jonas Hellborg.

Cuccurullo remained a fan after the benefit concert. In 1996 while working on the Duran Duran song, ‘Buried in the Sand,’ he remembered an alap by Khan that he thought would fit perfectly. Cuccurullo secured a contact at Navras Records and cleared the sarangi line, perhaps the first time that instrument was heard in American pop music. 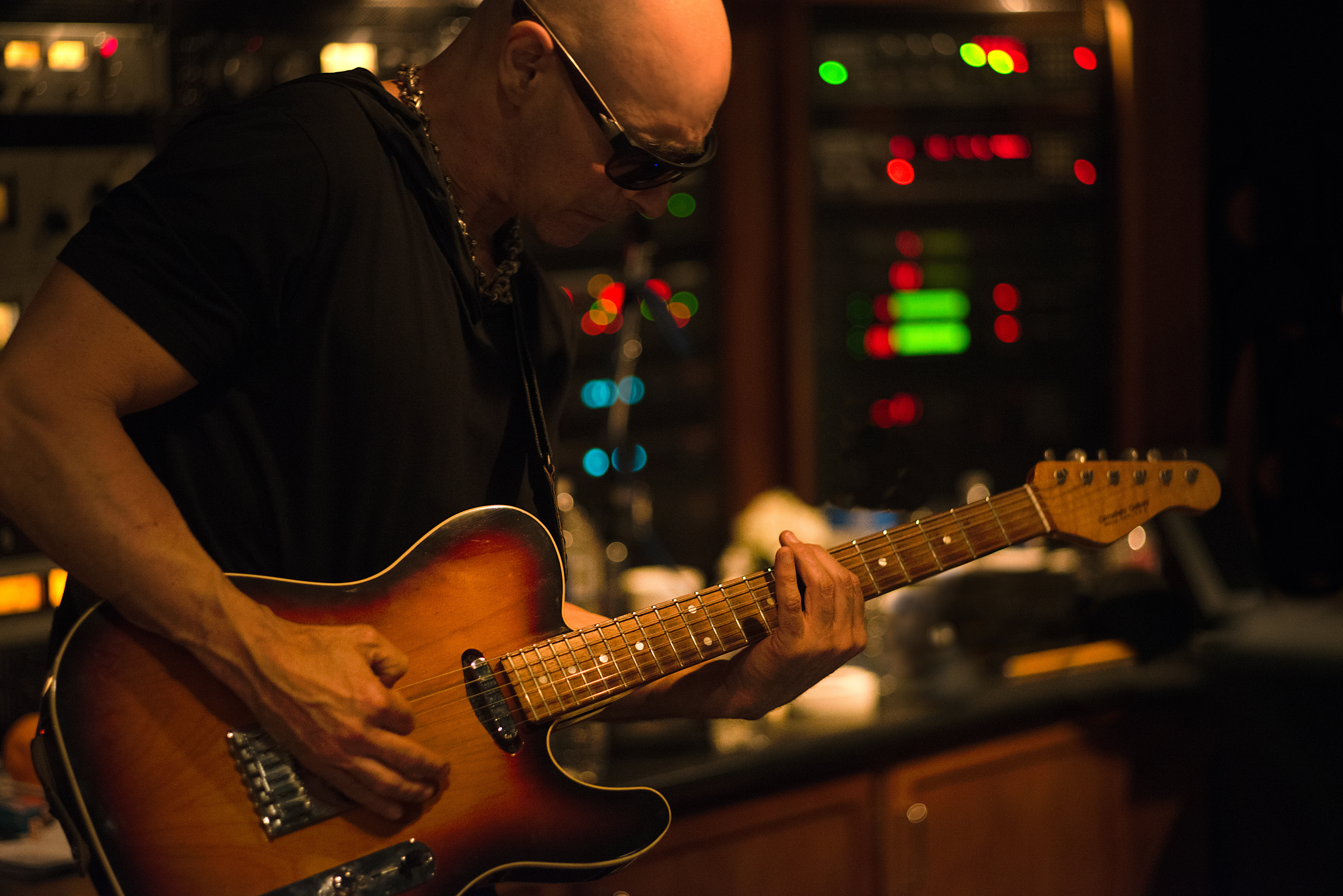 A year later Khan’s management contacted the band when they were in New York, wondering if they wanted the maestro to perform with them. Cuccurullo was floored; suddenly the sound of his youth was being performed with him at the Roseland Ballroom live on stage. Thus began their friendship.

A few months later Khan visited Cuccurullo’s house in London; his living room doubled as Duran Duran’s recording studio. Cuccurullo previewed an album of acoustic and ambient guitar music that he was about to release, when Khan told him he had to play and sing over it. The guitarist was about to call his engineer when Khan informed him that it was Ramadan. There would be no playing that day. He returned in July 1998.

The piece that Khan referred to is now ‘The Holy Man’s Plea,’ the album’s gorgeous, cinematic opener. What follows is ‘4D Suite,’ an epic, sweeping 12-minute landscape of guitar and sarangi. ‘We only had one day to do that one,’ Cuccurullo reminisces.  ‘We did all the other tracks on Saturday. There was a lot of drama. The mridagnam [cylindrical double-head drum] player couldn’t do it—the time signatures looked like phone numbers.’

The bass and drums were added in 2014, after Cuccurullo had dug out the tapes. Yet no changes exist to the guitar or sarangi playing. It was written as a duet; Cuccurullo had no intention on changing the magic that occurred over those two days. Sixteen years is a long time, though. When asked why it took so long for The Master to be released, the guitarist turns reflective.

‘One day I typed in my name and Sultan Khan’s name to see where he was at,’ he says. ‘We had that Chicanery album [Khan played on ‘Cut Me From the Mirror’] on a label with a dodgy deal so it never came out. A Times of India article came up with an obituary. I had no idea. Then I realized I have to get these tapes, I need to make his family aware of them, and I had to finish 4D.’

Recorded on outdated 24-track Tascam tapes, Cuccurullo was able to retrieve the three cassettes from a stack of boxes marked ‘WCSK.’ While he remembered the music as sweetly as the weekend it was recorded, the first pass of ‘4D’ was initially shelved, now released as the five-minute ambient ‘The Lost Master.’ The cinematic masterpiece, ‘Mirror Margana,’ is also close to Cuccurullo’s heart, his shimmery guitar playing buoyant above Khan’s earthy intonations.

Since he was given his first sitar when visiting Frank Zappa in 1977, Indian music has circulated throughout Warren Cuccurullo’s life, predominantly as a fan, occasionally as a player. With the release of The Master, Cuccurullo is the same age that Khan was when they sat together in his London apartment sixteen years ago. The rest, as they say, is history…one that we can listen to now, for the first time.

‘The growth in your forties and fifties is incredible,’ Cuccurullo says. ‘There’s a curiosity factor built into musicians that helps you get through these levels. By the time you reach my age, 58, you realize you’re going to be learning until you die. You’re going to enjoy the wonderment of it until you drop.’ 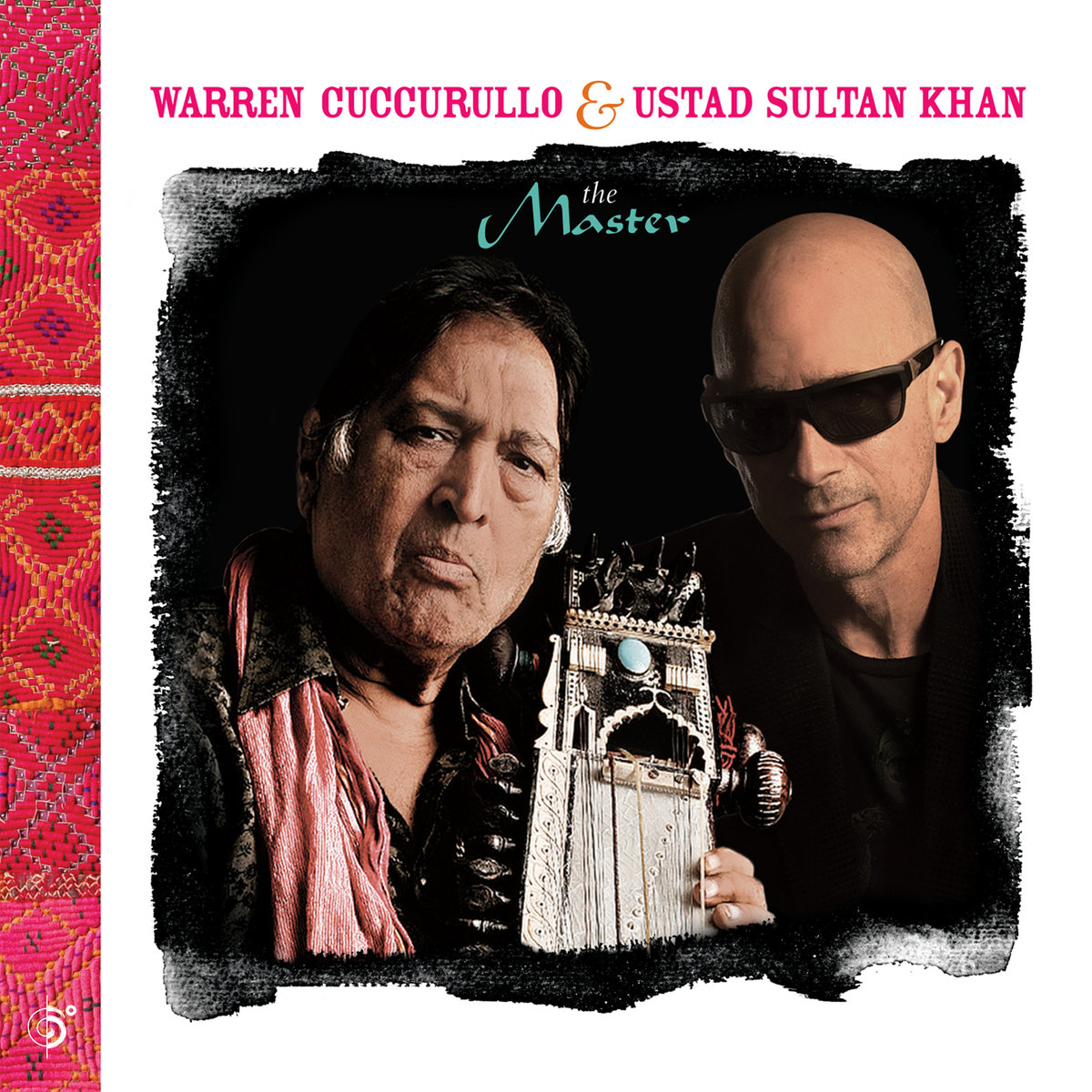